More than beaches and peaches, Penticton has Millennial appeal 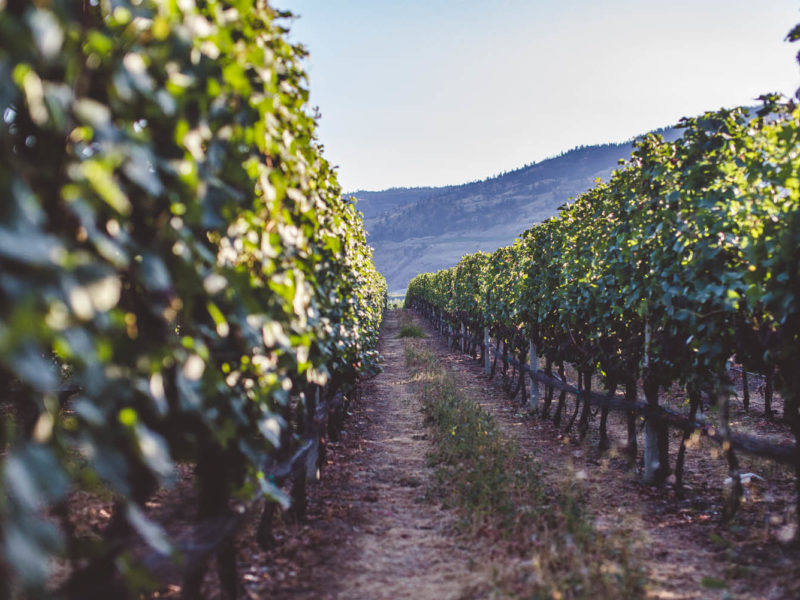 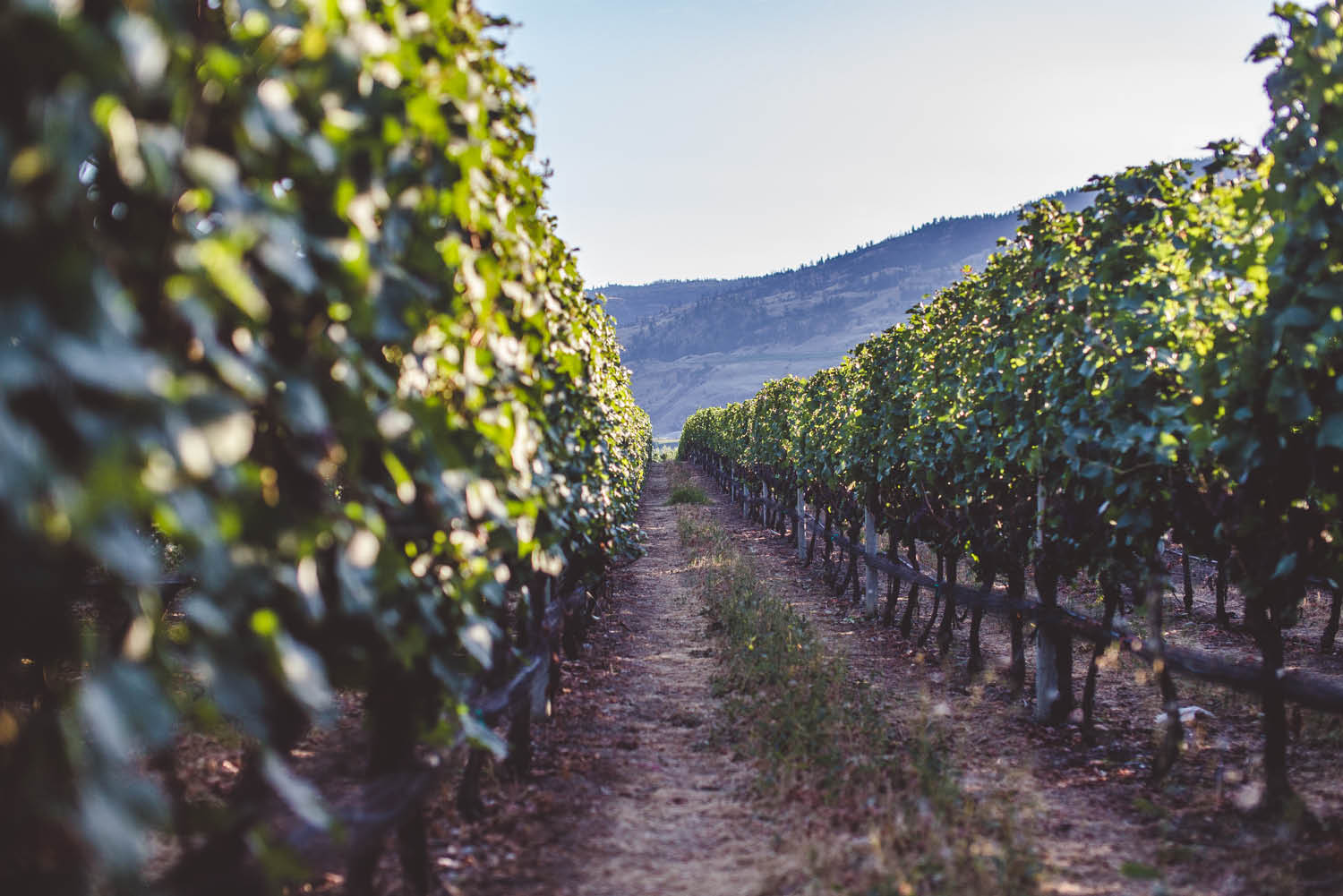 The seeds of change in Penticton were sown back the late 1980s — when many of the Millennials now flocking to the area were born — and the Canadian government incentivised local farmers to dig up their orchards and plant grapes for wine; a much more lucrative export. In an area already gifted with fertile soils and gentle rainfall that saw crops of apples, cherries, and peaches flourish, it didn’t take long for grape vines to follow suit (photo: Cherihan Hassun).

A laidback lifestyle combined with a bounty of local produce is putting retirement hub Penticton, British Columbia, in the sights of a younger market, finds Alissa Jenkins.

***This article was created in conjunction with our sponsors Undiscovered Canada***

Combine an idle country pace and abundance of local produce with the kind of laidback beach culture that tends to fringe Canada’s southern lakes and you have the makings of a retirement nirvana.

Such is the case in Penticton, situated on the southern banks of Okanagan Lake, about 400 kilometres east of Vancouver in British Columbia’s Okanagan Valley.

Ironically, Penticton comes from a word in the local First Nation language Interior Salish that translates to “a place to stay forever”.

But times they are a changin’ for British Columbia’s (BC) retirement capital with a wave of Millennials also settling down in this lakeside fruit region, which now promises more than just beaches and peaches.

The seeds of change were sown back the late 1980s — a time many of the Millennials now flocking to the area were born — when the Canadian government incentivised local farmers to dig up their orchards and plant grapes for wine; a much more lucrative export.

In an area gifted with fertile soils and gentle rainfall that saw crops of apples, cherries and peaches flourish, it didn’t take long for grape vines to follow suit.

Fast forward 30 years and those initial seedlings are now thriving vineyards and have been joined by dozens of more recent additions, forming a green patchwork around the 20-plus wineries that make up Penticton’s Naramata Bench wine region.

Couple this with a bourgeoning food scene, myriad watersports, and astronomical housing prices in BC’s bigger city centres, and suddenly Penticton is an idyllic nest for the next generation striving for the Canadian dream. And in becoming a destination in which younger folks want to live, it’s also becoming a destination to which younger folks want to travel.

Tony Holler moved from Vancouver to Penticton in 2007 after selling his biotechnology company and, like many before him, had plans of a gentle transition into retirement.

“Originally our idea was to build a home on Okanagan Lake and spend maybe     six months a year there,” he says, having been inspired by a post-retirement trip to California’s Napa Valley. “But I’m not the retiring type. Instead, we decided to get into the wine business and bought a small boutique winery that was producing fantastic wines called Poplar Grove.”

As one of the first five wineries to open shop on the Naramata Bench, Poplar Grove is now one of the most renowned local operations, having played a key role in developing the budding wine region.

Since Tony joined the team of local wine producers experimenting with varietals and microclimates, the quality of Bench wines has continued to skyrocket.

“As our wines have become better and better, we’ve had in influx of sophisticated viticulturists and winemakers from all over the world, which has allowed the industry to develop very rapidly.”

However, such an experimental region didn’t just catch the attention of those in the industry; an emerging generation of wine drinkers was also taking note. And so, Monster Vineyards was born. The Poplar Grove spinoff, established in 2015, is geared towards a younger demographic, specifically their tighter budgets and curious tastebuds.

“What is really interesting is that Millennials are way more curious and spend way more time researching wines than we did as young wine drinkers — the internet is a huge benefit,” says Tony. “They are a group that generally believes in eating and drinking local; they have no preconceived ideas on where the best wines are produced, and they’re more open to exploring.”

Monster isn’t the only local winery tapping into this growing market. Neighbouring establishments like Therapy, Three Sisters and Serendipity are also finding their place on the Bench with a sense of fun that’s especially appealing to newcomers.

Of course, vibrant cellar doors, playful branding and fuss-free tasting notes will only take you so far. Thankfully, as well as the quality of Bench wine, Millennials are attracted to the industry’s current experimental phase, as local Lindsey Richardson explains.

“I grew up in the Okanagan but returned in 2013, drawn by how young the wine industry truly is here – young enough that there’s room for growth and that nothing is set in stone,” says 25-year-old Lindsey, assistant general manager at another Bench favourite, Perseus Winery.

“Wineries here are constantly trying new methods, experimenting, and really still getting to know the land they grow their grapes on. It’s been fascinating to witness this learning and growth.”

The most popular way to sample the Bench’s latest experiments is by hiring a bike (or e-bike for some motorised assistance — honestly, who has that much pedalling power after a few tastings?), and zipping from door to door while taking in the vineyard vistas along the way.

If you are especially fit, there’s the Kettle Valley Rail Trail to explore. Whether you spend a day cycling a section or commit to the full 600-kilometre stretch, this abandoned railway bed carves its way from the Kootenays to the Okanagan and onto the Fraser Valley, encompassing some unmissable wineries along the way.

If you favour hops over tannins, Penticton’s craft beer industry is also on the rise. While Tin Whistle Brewery and the Barley Mill Brewpub started the local scene two decades ago, innovative newbies such as Cannery Brewing, Bad Tattoo Brewing and Highway 97 Brewing ensure there’s a pint to please everyone.

A fresh approach to winemaking isn’t the only skillset younger generations are bringing to town. Penticton’s restaurant scene has also benefited from the influx of city-dwelling tastes, and demand for variety.

Tacos del Norte for instance, lures hungry wanderers to its canary yellow shack, in an inconspicuous parking lot on Backstreet Boulevard, with the smell of sizzling Mexican fare that features organic, locally made tortillas, cheeses, salsas, and sauces, as well as seasonal and slow-cooked meats.

Vegans (and meat eaters too, for that matter) won’t be disappointed at Wild Scallion, dishing up gluten-free, dairy-free goodness, disguised as fragrant curries.

Or for diehard carnivores, the new Smugglers Smoke House has a talent for hearty Southern barbecue for breakfast, lunch and dinner. Under the same roof, The People’s Crafthouse use whole natural ingredients to bring back traditional soda. Try the lavender lemonade!

Of course, alongside this widening array of cuisines is the town’s unmissable fruit-growing history. Find yourself on any of the winding highways that surround Penticton and a charming roadside fruit stand won’t be far away.

The biggest event on the local calendar is the five-day Peach Festival — one of the largest free family festivals in Canada. Transforming Okanagan Lake Park into a celebration of good ol’ fashioned fun, expect amusement rides and a square dance festival, BMX tournaments and a mammoth parade, plus the crowing of a new Peach Queen.

Just don’t leave town without a trip to The Peach on Penticton’s foreshore; an iconic peach-shaped kiosk serving the most decadent ice-cream sundaes this side of the Rockies.

Spend a couple days in Penticton and you will likely need to loosen your belt a notch or two. That’s if, however, you don’t partake in the region’s many alfresco pursuits.

With prime positioning on the cusp of Okanagan and Skaha lakes, Penticton offers no shortage of watersports, proving another major drawcard for outdoorsy Millennials.

If you fancy lake views sans dip, Skaha Bluffs Provincial Park to the south of the city is not only threaded with hiking and biking trails, but has become a world-class rock climbing hotspot, with more than 400 bolted routes through the park.

Come winter, Penticton is within a two-hour drive to some of BC’s most impressive ski resorts, including Big White, Silver Star, and Manning Park.

Sure, Penticton may still mosey at a glacial pace and celebrate delightfully wholesome agricultural ties, but its proximity to outdoor activities, and such an experimental food and wine scene, is what will keep us coming back. Regardless of age.