Dubai, often referred to as “The Gateway to the Middle East” is more than just a city of sparkling skyscrapers. We cover the best of the world’s new favourite stopover destination in our Dubai travel guide here.

The path to fascination and adventure here is paved with amazing hospitality (and unbeatable Indiana Jones-style photo ops).

Known for its luxury shopping, ultramodern architecture and lively nightlife scene, Dubai is now more than just a popular stopover between Australia and Europe – it’s become a holiday destination in its own right. There’s plenty to do in this relatively progressive UAE city that is working hard for the tourist dollar. Highlights in the city include the 830m-tall Burj Khalifa tower and the Dubai Fountain (with jets and lights choreographed to music).

Be tempted to drop all your hard-earned cash at the Dubai Mall – the second largest mall in the world. This truly mind-boggling place boasts an iceskating rink, 250-room luxury hotel, 22 cinema screens, 120 restaurants and cafes and more than 1000 retailers.

One of the most iconic accommodation offerings in Dubai is Atlantis – the first resort to open its doors on Dubai’s revolutionary island, The Palm.

Redefining tourism in Dubai as the first truly integrated entertainment destination resort, today it encompasses the region’s leading waterpark – Aquaventure – as well as extensive fresh and salt-water pools, lagoon exhibits, plus an open-air marine habitat. It’s a wonderland for children of all ages.

Another resort option on The Palm island is One & Only. The hotel’s Moorish-Andalusian architecture and Arabian-international interiors are sumptuous and sophisticated. Beachfront villas, suites and spacious guest rooms are designed to ensure privacy and seclusion. Michelin-starred, French super-chef Yannick Alléno directs the three restaurants – all set on the glimmering waterfront with Dubai’s reach-for-the-sky skyline glittering in the distance.

Friday brunch is favourite pastime in Dubai (the weekend falls on Friday and Saturday, not Saturday and Sunday). It usually involves a four-hour all-you-can-eat marathon and takes place at hundreds of acclaimed restaurants across the city. We have a definitive list of Dubai’s best brunch spots to help you find your ideal venue.

If the action of the city isn’t to your taste you can always escape to the desert.
Far from Dubai’s towers and traffic is The Al Maha Desert Resort – a super-luxe resort made up of just 42 suites.

The tented suites are filled with simple, sheikh-like luxuries – plush Middle Eastern rugs, Arabian antiques and four-poster beds, each with a private pool. Get up early to see the desert dawn and falcons soaring in the sky.

Camel treks, dune drives or a wildlife safari can fill the day, or slip into the spa for Middle Eastern and Asian-influenced therapies followed by a candlelit dinner on the dunes. Falconry dates back more than 2000 years in Emirati culture and the resort has seven falcons, most of them bred especially for hunting. 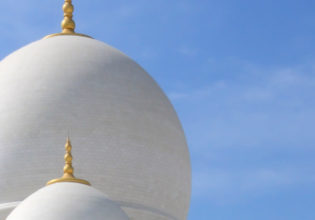 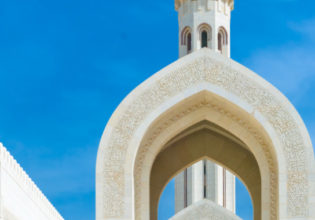 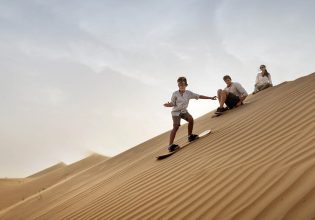 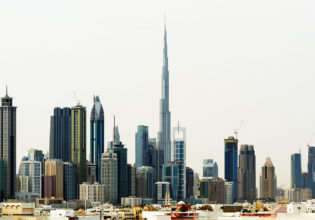 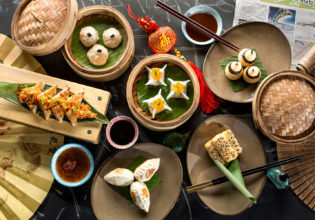 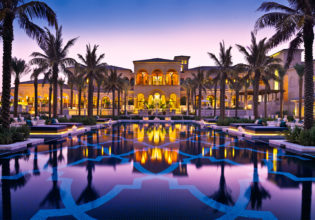 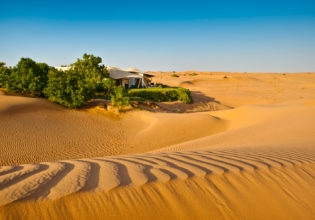 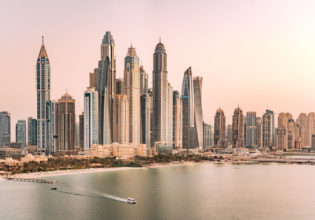 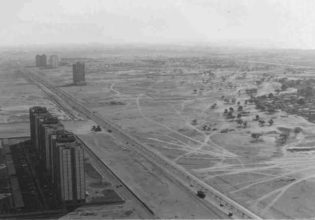 Dubai – Then and Now

Explore More Of The Middle East