India’s rich tapestry of culture, colour and history has been attracting travellers for centuries. From majestic mountains, beautiful beaches, spice-laden markets, bustling cities and picturesque palaces, India is a country just waiting to be explored.

So where to start on your Indian adventure? Here’s our India travel guide for first time travellers. 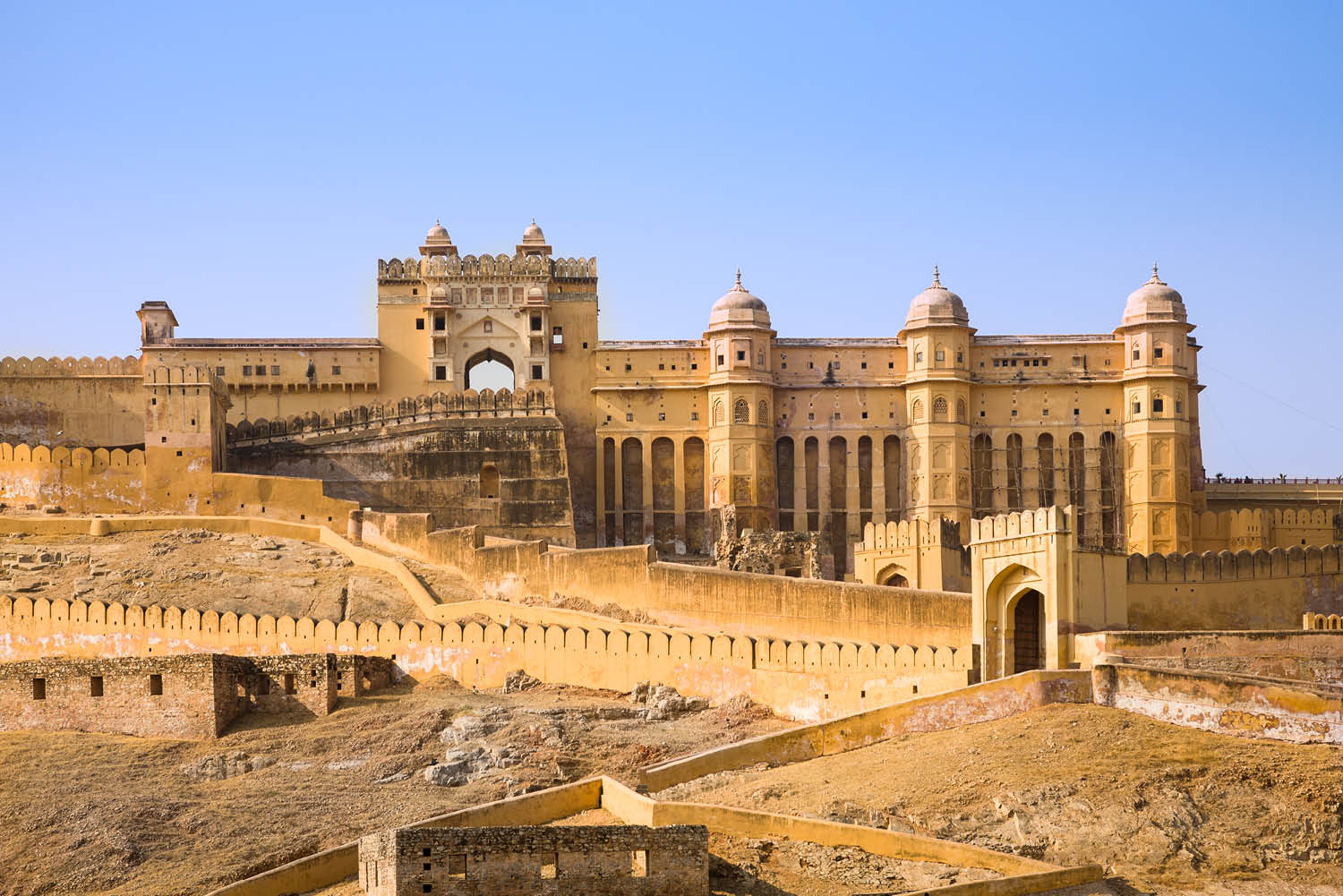 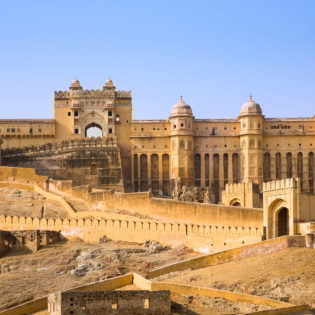 If ever there were a destination that was larger than life, and more vibrant than the postcards can even do it justice, ...

Air India flies direct from Australian capital cities, while many other international carriers such as Qantas and Singapore Airlines fly between the two countries via an Asian stopover.

You will need a visa to enter India, which must be arranged before arrival. It’s easy to obtain an Electronic Visa (e-Visa) by heading to the official Government of India e-Visa website however beware of fake websites offering e-Visa services.

Best Things to do in India 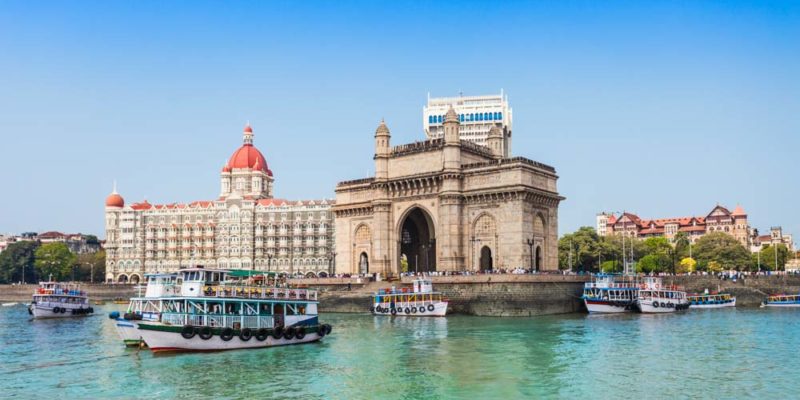 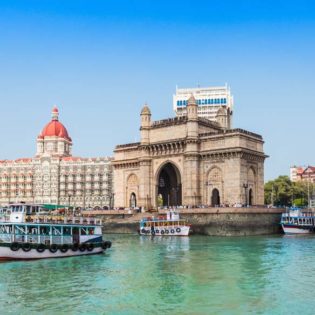 Here's the best way to spend your time in the old heart of Mumbai, Fort,  from visiting Victorian masterpieces to a dat...

With much of India surrounded by ocean, you’ll find spectacular beaches offering everything from solitude to a party atmosphere. The best beaches in India can be found on the west coast, with Goa being the most famous beach destination.

Goa is where the Indian sub subcontinent meets the warm Arabian Sea offering gorgeously laid-back charm. Other destinations to consider away from the crowds include Gokarna, Tarkarli and Kaup.

Shopping in India at local markets is a vibrant affair and one of the most authentic experiences available for travellers. The sounds and scents of artisans weaving their magical story into their wares provide the real essence of the country.

Shopping in India offers insight into the cultural charm of the country and provides a treasure trove of goods waiting to be discovered. In the city of Mumbai, a wide selection of shopping options exists, from ethnic stores to those selling high-end products. The Bombay Store is a popular choice, steeped in history it is a lifestyle destination and a must-visit.

Opulent palaces, ancient forts, timeless temples and historic sites are dotted throughout this majestic country. The rich history oozes from every ancient structure and historical monument in India. One of the most visited temples in India is the Tirumala Venkateswara Temple as well as Kamakhya Temple and Golden Temple. 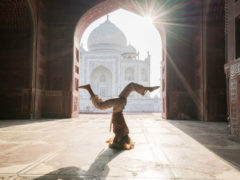 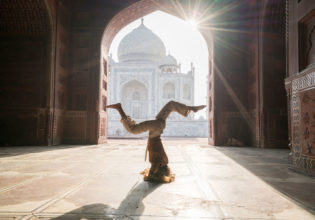 The best destinations for yoga in India

Considering a pilgrimage to the birthplace of yoga? There’s no better place on earth than India to study the practice, take a tr... 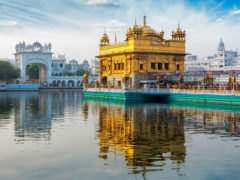 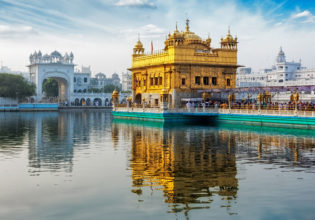 Spiritual India: a trail of enlightenment 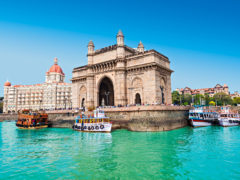 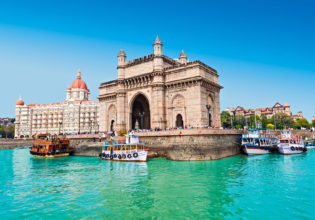 From garish to gritty, historic to heart-wrenching, here’s what to do during 48 hours in Mumbai. Words by Elspeth Velten. (mor...

Best Things to See in India

The Taj Mahal is a marvel of marble. The giant mausoleum is on the south bank of the Yamuna River in the city of Agra and is one of the most visited sites in India. The awe-inspiring structure took 17 years to complete and was built by Emperor Shah Jahan in memory of his favourite wife Mumtaz Mahal. Plan ahead and arrive at sunrise as the burgeoning sunlight gives the building an ethereal glow and avoid the crowds, allowing time to see the Taj Mahal in relative peace and tranquillity.

Visitors to Agra should check out the palatial red-sandstone fort located on the banks of River Yamuna. Circa 1565 the fort houses a maze of buildings, including vast underground sections and was originally constructed as a military structure, later transformed into a palace and then a gilded prison. Agra Fort has a fascinating history worth exploring.

The Red Fort in Delhi is named for its massive enclosing walls of red sandstone built in 1638 to keep out invaders. The main gate, Lahore Gate, is a symbolic focal point of modern India, attracting large crowds on Independence Day. Home to emperors of the Mughal dynasty for nearly 200 years before the British took over and is now one of Delhi’s most popular tourist attractions.

The 18th-century Hawa Mahal in Jaipur, also known as ‘Palace of Breeze’, features an intricate, lace-like facade carved from pink sandstone was designed to allow ladies of the royal court to discreetly observe the street scenes below without being seen by the public. The five-storey structure has 953 honeycomb-shaped windows which encourages a gentle breeze to flow through the palace. Hot tip: the striking palace is best viewed from the rooftop cafes across the street.

Amber (pronounced Amer) is located around 11km from Jaipur and presents a magnificent example of Hindu and Mughal style architecture. Constructed of red sandstone and marble, the opulent palace is divided into four main sections, each with its own courtyard. The magnificence of the palace is further enhanced by the breath-taking vista of the Maota Lake in front of Amber Fort.

Galtaji is also known as Monkey Temple for the large colony of monkeys that inhabit the temple, just outside of Jaipur. Set amidst low hills, this Holy Ashram is a unique Hindu temple centred around natural springs where pilgrims come to bathe their sins away in the holy waters.

Located in New Delhi, Jantar Mantar is a UNESCO World Heritage-listed astronomical observation site built by Jai Singh in the early 1700’s. Hire a guide to explain the instruments used by astrologers to observe the celestial positions with the naked eye. Don’t miss the world’s largest sundial made entirely of stone. 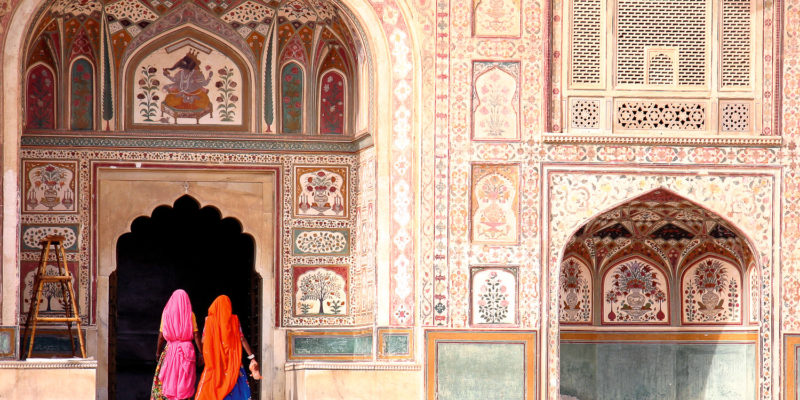 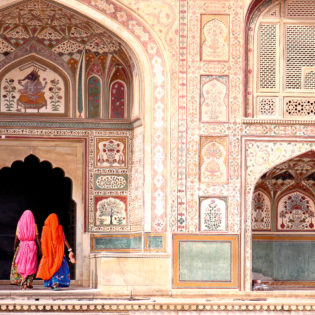 A guide to travelling India with kids

It may seem like mission impossible with kids in tow, but with meticulous planning and a good guide, the intoxicating wo...

Where to Eat in India

India is a visual feast and a gastronomic paradise. Each region of India offers distinctive food that reflects its regional and cultural heritage. Religion underpins much of the dietary considerations with a large proportion of the population who don’t eat meat; you’ll find some of the world’s heartiest and delicious vegetarian dishes in India. The country’s culinary tapestry is evident with differences between north Indian cuisine and south Indian cuisine.

Indian street food is as diverse as Indian cuisine. Some of the most popular street food dishes are kebabs, Pakora, Tandoori Chicken, Vada Pav and Samosa.  Celebrated Australian Chef Christine Mansfield has captured the inspiration of the country in her travel and cook book Tasting India. Mansfield says there are great kebabs to be had in Delhi and Mumbai, in particular Bade Miya in Mumbai.

There’s no shortage of restaurants in India to enjoy the local cuisine. 1135 AD is an opulent dining room fit for a royal feast of Rajasthani flavours within the swoon-worth setting of Amber Fort is an absolute must.  In Mumbai, a famous spot loved by locals is Girgaum Chowpatty. Another icon in the city is Shree Thaker Bhojanalay, a restaurant famous among locals that serves the best Gujarati thali in the city.

Where to Stay in India

There is a range of accommodation available in India from hotels, guesthouses, boutique hotels and budget hotels catering for all travellers needs. The iconic Taj Mahal Palace Hotel has grace, charm and luxury and has been attracting maharajas, dignitaries and celebrities to stay for decades.

It doesn’t get more luxurious than staying in a haveli mansion, a medieval fort or even a real palace, replete with bejewelled walls and soaring dining rooms and India offers this kind of experience everywhere.

Floating on the waters of Lake Pichola, in India’s storied Udaipur region, Taj Lake Palace is considered one of the most luxurious and romantic hotels in the world.

Best Places to visit in India

With Rajasthan known as the Land of the Kings, it is fitting that its capital city is the jewel in the crown of the coun...

The natural starting point for most visitors is India’s capital Delhi. It’s also the first port of call if for travellers taking the route through India’s famed Golden Triangle. Delhi presents a complex contrast between the ancient and the modern with an array of historical sites, colourful marketplaces and attractions to discover. Top things to see and do in Delhi include the World Heritage site of Red Fort and Jama Masjid, one of South East Asia’s biggest mosques. With a diverse culture, sprawling greenery, imperial splendour and exciting cuisine ensures Delhi is not to be missed.

Agra is an ancient city on the banks of the River Yamuna, home to one of the Seven Wonders of the World, the Taj Mahal. But the Taj is not a stand-alone attraction with Agra also showcasing spectacular Mughal architecture at every turn as well as many significant archaeological sites to discover.

With Rajasthan known as the Land of the Kings, it is fitting that its capital city is the jewel in the crown of the country – grand palaces, glamorous hotels, blush-pink architecture and all. Wonder at the Palace of the Winds, be a spectator of the ‘sport of kings’ or take a leopard safari, there is so much to see and do in Jaipur.

From garish to gritty, historic to heart wrenching, Mumbai is a city of contrasts. Mumbai is the home of Bollywood and there are a handful of tours that allow you to step inside the expansive Film City that is otherwise not accessible to the public. It is also a city with strong historical links, magnificent British architecture and places of worship. Formerly known as Bombay, modern day Mumbai has transformed into the commercial and entertainment capital of India.

Nestled between the relative behemoth states of Maharahstra to the north and Karnataka to the south and east, you’ll find India’s gorgeously laid-back and utterly fascinating small state of Goa. Blessed with picture perfect coastline and beaches, spectacular architecture and on-trend eats and world famous dishes and tropical climate, Goa is a destination for all seasons.

Kerala on India’s tropical Malabar Coast is known for its palm tree-lined beaches and network of canals. Travelling by boat, especially houseboat through the canals and waterways is an essential experience for anyone needing some time out from everyday life. Kerala by boat could be the most incredible thing you ever do… 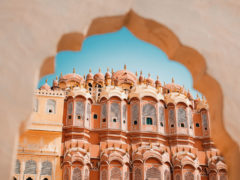 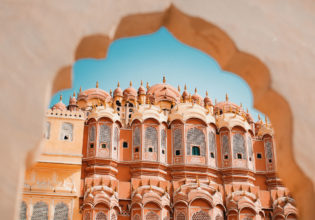 For those who’ve travelled before, India is like an old lover you can’t quite get out of your mind. Even after years apart,...

Where the Indian subcontinent meets the warm Arabian Sea, nestled subtly between the relative behemoth states of Maharashtra to th...

Exploring the world’s most diverse landscape isn’t without its challenges, but they are far outweighed by a soul-stirring, col...

From sipping fragrant tea in the tea gardens of Coonoor to trekking a breathtaking hike to Dzongri Peak, India's 4 secret gems wi...

There are a wide range of excursion options to tailor-make your holiday to India unforgettable or if you prefer a fully escorted India Tour, book a reputable company such as Scenic Tours that will ensure your every need is taken care of. You will benefit from a meticulously planned itinerary and all-inclusive package price to ensure peace of mind if you opt for a tour guide.

For those who’ve travelled before, India is like an old lover you can’t quite get out of your mind. Even after years apart,...

Where the Indian subcontinent meets the warm Arabian Sea, nestled subtly between the relative behemoth states of Maharashtra to th...

Exploring the world’s most diverse landscape isn’t without its challenges, but they are far outweighed by a soul-stirring, col...

From sipping fragrant tea in the tea gardens of Coonoor to trekking a breathtaking hike to Dzongri Peak, India's 4 secret gems wi...