The best places to celebrate Remembrance Day in France 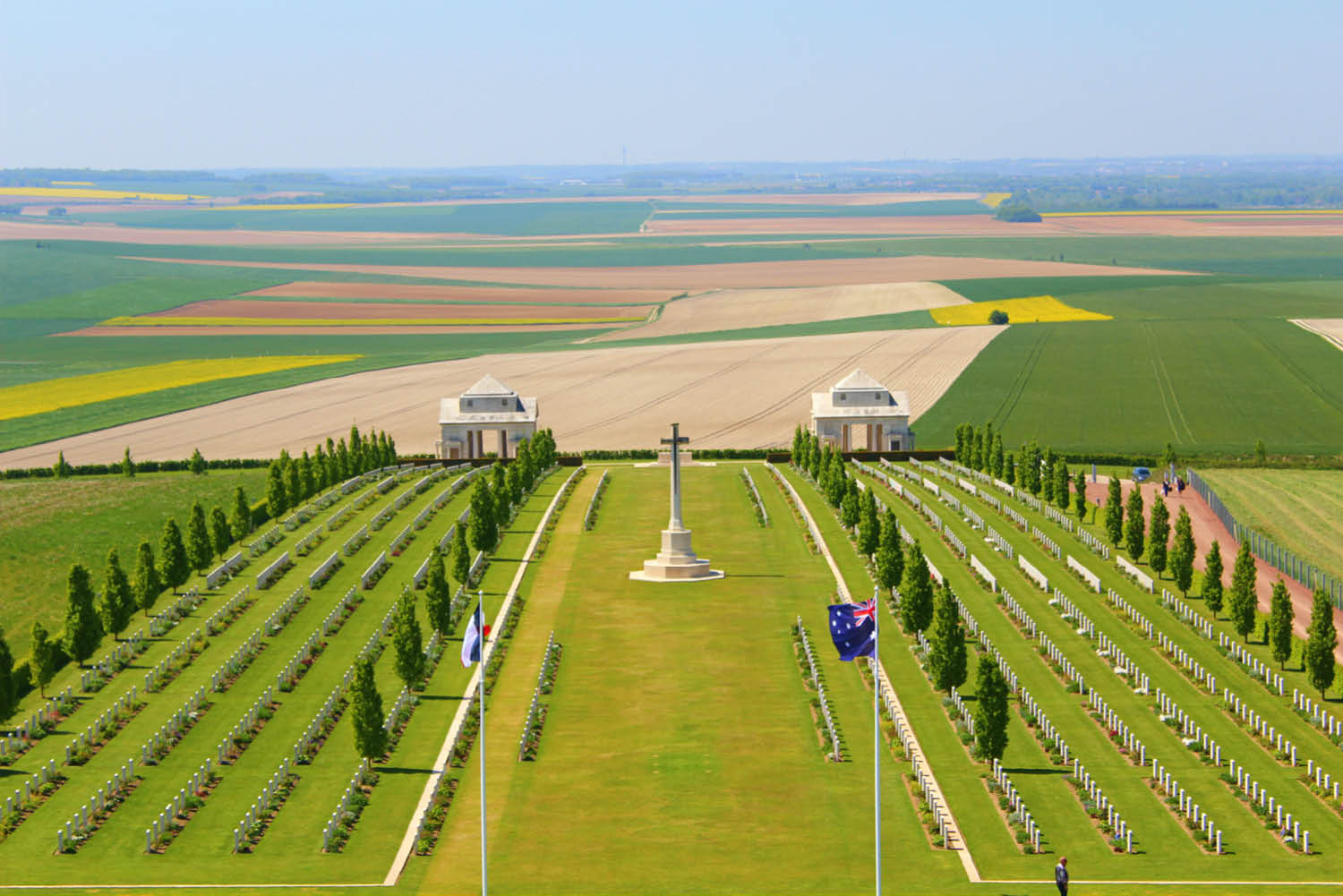 The Western Front, on the borders of Belgium and France.

Avoid the crowds and experience some of France’s fascinating, but offt-overlooked remembrance destinations

***This article was created in partnership with Atout France***

For many historians, the First World War is seen as the first time the fledgling federation of Australia announced itself on the world stage. But for many of those who fought in its slow-advancing battles, the four muddy years of the 20th-century’s first conflict were characterised by the monotony and fatality of trench life.

No countryside withstood more trench warfare than the 700-kilometre stretch of contested land known as The Western Front, on the borders of Belgium and France. And while many of those trenches have since been filled in, returned to rural life and lost to time, there are areas of Northern France that are forever sanctified as memorials to those who lost their lives on French soil, including 60,000 Australians.

To visit the area’s lesser-known memorials is a fascinating and sobering experience, one that is often free from the crowds that surround the more prominent sites. The best starting point is the pretty Gothic city of Amiens, in the heart of the Somme district.

For the first couple of days of your visit, base yourself in Amiens, not only is it geographically centric for many WWI museums and battlefields, it’s also home to the largest Gothic Cathedral in France.

The most obvious place to visit for any Australian is the imposing Australian National Memorial in the Villers-Bretonneux military ceremony. Only a short drive (or 20-minute train ride) from Amiens, the huge monument commemorates the thousands of Australian soldiers who fought in France and Belgium, and it is the site of the increasingly popular Anzac day ceremony every year. Nearby is the newly opened Sir John Monash Centre, which tells the story of the war through the voices of those who fought in it. Download the multi-layered app before visiting to get more out of the experience.

On day two, venture north to the Underground City of Naours – limestone caves that were frequented by soldiers trying to forget the horrors of the frontline. They are home to over 3,000 examples of contemporary graffiti by British and Commonwealth soldiers, including 1800 Australian markings. A new museum is due to open there next year. Not far from Naours is the new Vignacourt 14-18 Interpretation Centre, which gives a little insight into the daily life of conflict with photos of the many soldiers that passed through the village.

The beauty of grand Amiens Cathedral

Leaving Amiens, head south to the Oise region to visit the immense Musée Territoire 14-18. Set out over 60 kilometres, the open-air museum offers hiking trails, guided tours, exhibitions and other smaller museums. Start your visit at the Rethondes Church, the bells of which first rang in the Armistice until they cracked, and plan your visit according to your interests. Stay overnight in the lovely city of Soissons, which saw heavy fighting during the war.

On day four, head to the Forest of Compiègne (also know as the Glade of the Armistice) to see a replica of the railway carriage where the Armistice was signed in 1918. Hitler symbolically blew up the original some 20 or so years later. Next to the carriage, which is set up as it was during the signing, the Armistice Memorial Museum includes nearly 800 photos of the war effort.

Inside the beautiful Amiens Cathedral

Leave Soissons early and travel south to the Château-Thierry American Monument, three kilometres west of Château-Thierry. Erected in 1929, the impressive monument commemorates the first engagements of the US Army in France. The monument and the new interpretive centre both stand as a reminder of the importance of American strength and resources to the war effort in 1917.

Driving north-east for an hour, you’ll enter the lush green Chemin des Dames region, which was the site of significant battles in 1914,1917 and 1918. It’s also home to the unique Caverne du Dragon, which was a former quarry that was converted into underground barracks that you can still visit today, an eerie and worthwhile experience. Overnight in Saint-Quentin, where Australians played a huge part in breaking through the German frontline during the war.

Spend your last day exploring the historic city of Saint-Quentin, which was occupied by Germans early on in the war and used as part of the defensive Hindenburg Line. Visit the beautiful Basilique Saint-Quentin, which still bears the scars of the war on its medieval walls, or visit the underground Somme 1916 Trench Museum in nearby Albert, an hour away, on your way back to Amiens.

Air France flies from seven Australian cities to Paris daily, with connections to Amiens. Accor Hotels have accommodation in Amiens, Soissons and Saint-Quentin.