The new guide to Oahu – The Gathering Place 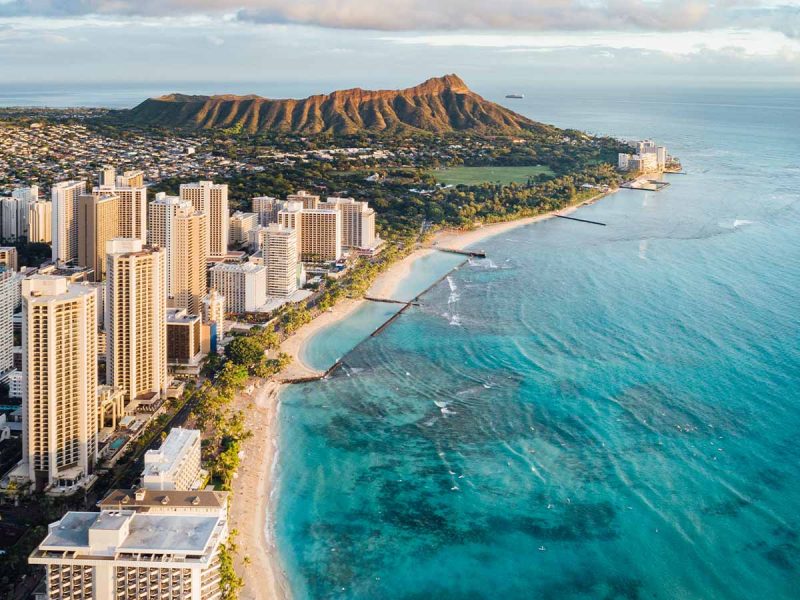 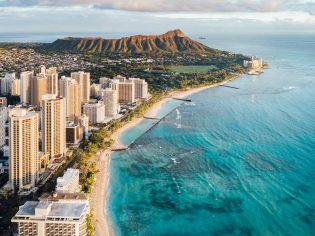 The third largest Hawaiian island, Oahu is a fusion of Eastern and Western cultures rooted in the values of the Native Hawaiian people. It offers a fascinating contrast between the ancient and the modern with the bustling resort centre of Waikīkī in the south and the laidback coastal towns in the rest of the island.

The food scene on Oahu offers the clearest expression of the melting pot of cultures in the epicentre of Hawaii. Just as Hawaiians converted the guitars brought by Mexican cowboys into slide guitars and transformed Portuguese braguinha into the ukulele so, too, have they adapted the cuisines brought by Chinese, Japanese, Portuguese, and Filipino sugar cane plantation workers until they became uniquely local even Honolulu cuisine.

Honolulu’s resorts offer lots of gourmet restaurants, but it’s well worth getting out into the community to taste the real Oahu. 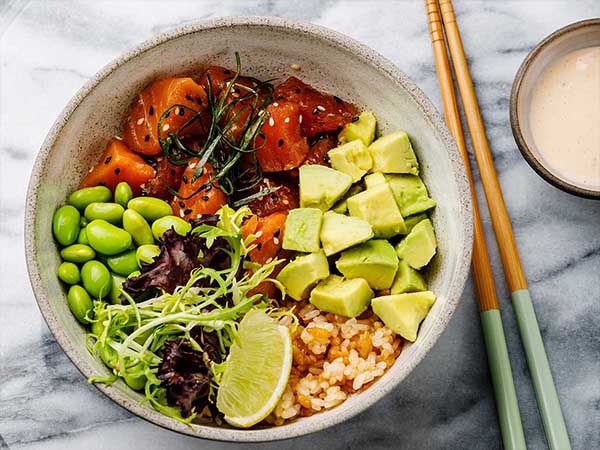 It’s well worth getting out into the community to taste the real Oahu. 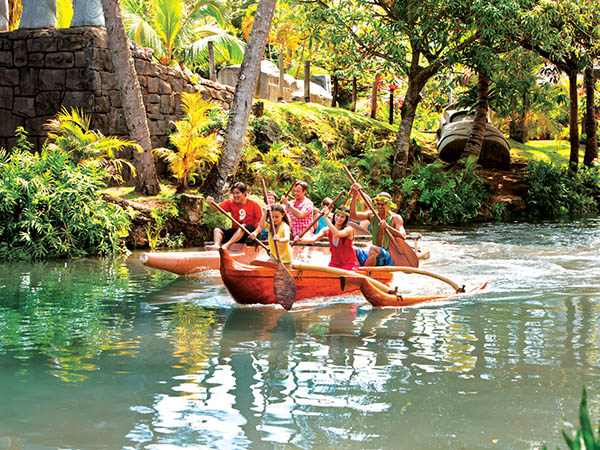 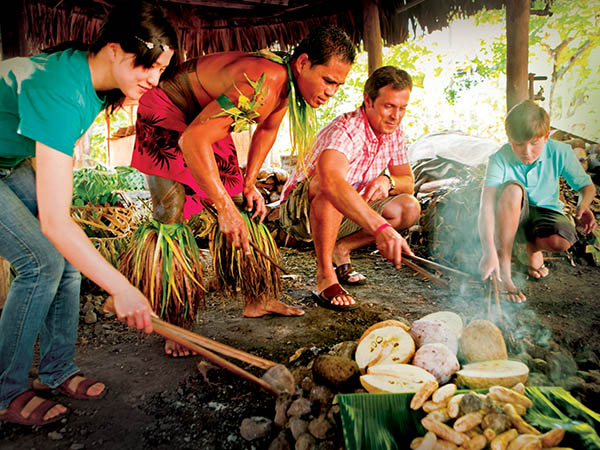 Discover Hawaii’s history and living culture, learn about Polynesian wayfinding at Honolulu’s Bishop Museum. Founded in 1889 by Charles Reed Bishop, in honour of his wife Princess Bernice Pauahi Bishop (the last descendant of the royal Kamehameha dynasty), Bishop Museum houses the world’s largest collection of Hawaiian and Pacific cultural artefacts and natural history specimens. Don’t miss the Kahili Rooms which house most of the special items of the collection.

Spend the day exploring the rich heritage of the Pacific Islands at the Polynesian Cultural Center. Wander through 16 hectares of tropical vegetation and take part in traditional hands-on activities in authentic recreated villages from six Polynesian nations (Hawaii, Tahiti, Tonga, Fiji, Aotearoa, and Samoa) where guides in native dress demonstrate their arts, crafts and traditions. Dine like royalty at an authentic Polynesian luau (feast) and top it off with the most spectacular evening show in the islands. 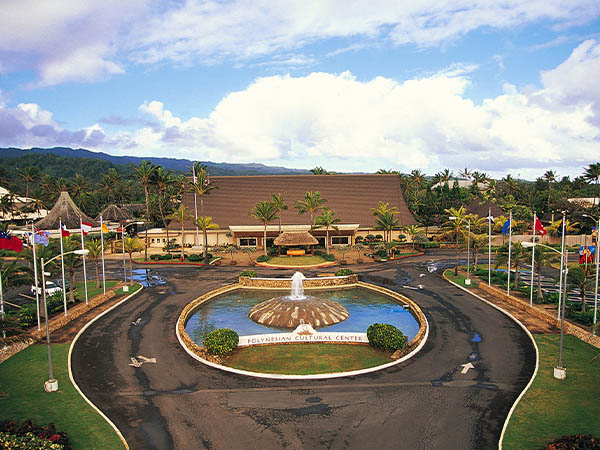 Spend the day exploring the rich heritage of the Pacific Islands at the Polynesian Cultural Center.

Called Puuloa, meaning long hill or Wai Momi, literally, water of pearl by early Hawaiians, Pearl Harbor, so named because of the abundance of pearls once found within its protected waters, is the largest natural harbour in the State of Hawaii. While it remains the Headquarters of the Pacific Fleet, the Pearl Harbor Historic Sites are a National Historic Landmark and home to four unique attractions: The USS Arizona Memorial, the Battleship Missouri where the Japanese surrender occurred, the Pearl Harbor Aviation Museum and the Pacific Fleet Submarine Museum, together tell the story of the War in the Pacific. The USS Arizona is a free experience.

Surfing began as the sport of kings in Hawaii. In the early 20th century, legendary surfer and Olympic swimmer Waikiki native Duke Kahanamoku popularised the sport around the world. In the 1950s, surfers started riding the huge winter waves on the North Shore. Waimea Bay is now regarded as the birthplace of big-wave surfing. Today, you can grab a bite to eat at the food trucks and watch the pros carve it up.

Oahu has a brilliant array of beaches. In the south are iconic Waikiki Beach and Ala Moana Beach perfect for keiki (children) as it’s protected by a fringing reef and large seawalls. Along the North Shore are Waimea Bay (which attracts surfers during winter with its 10-metre waves, while is great for swimming and snorkelling from May – September) and Sunset Beach, which hosts some of the world’s best surfing competitions including the Big Wave Invitational in memory of local surfing legend Eddie Aikau. Many beaches do not have lifeguards. Only swim when the waters are calm, generally during the warmer months and use reef-safe sunscreen. 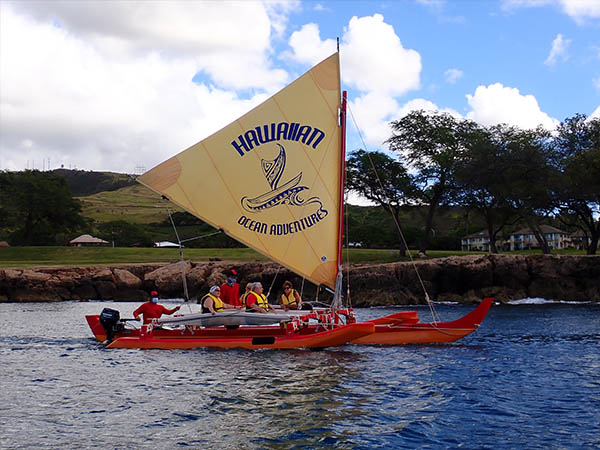 Other water-based activities on Oahu

Learn to sail a Hawaiian sailing canoe and learn the history of Polynesian voyaging on a tour with Hawaiian Ocean Adventures. Both sailing and paddling canoe adventures are offered on the east and west coast of Oahu.

Observe spinner and bottlenose dolphins, green sea turtles and pilot whales on a Wild Side specialty cruise on the West Coast. 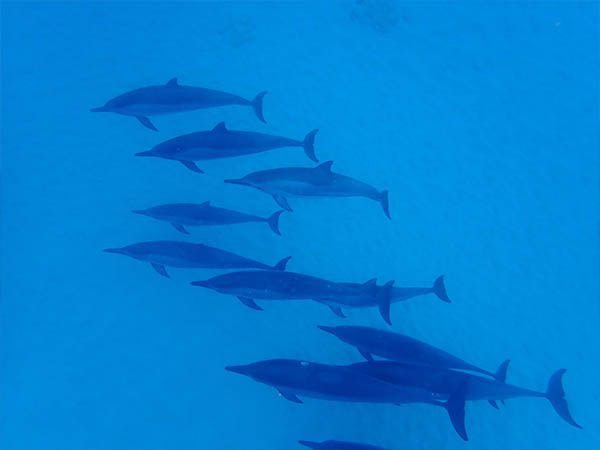 Rent snorkelling gear to see green sea turtles as well as an abundance of tropical fish at Hanauma Bay Nature Preserve, an almost circular bay within a drowned volcanic cone that is thankfully a protected marine life conservation area. Advanced reservations are required.

Things to do on land on Oahu

Do the 2.5-kilometre hike to Leahi (Diamond Head) tuff crater (which means ‘brow of the tuna’ in Hawaiian) for magnificent views across Waikiki. 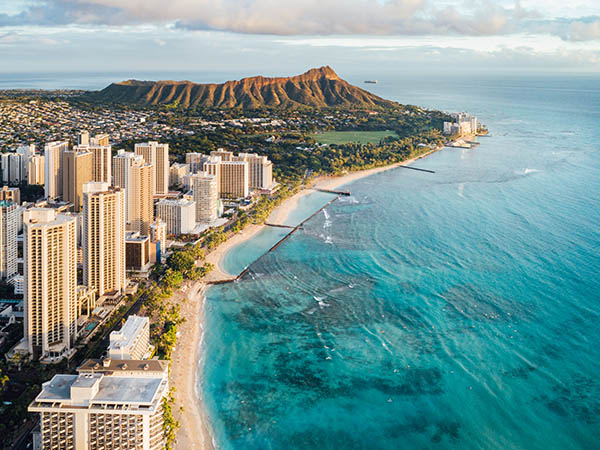 Hike to Leahi tuff crater for magnificent views across Waikiki.

Visit Kualoa Private Nature Reserve, a historic working cattle ranch that is now geared to preserving a landscape that the ancient Hawaiians cherished as one of the most sacred places on Oahu. It is also the location for a slew of famous movies and TV shows including Jurassic Park, Godzilla and Lost. You can take horseback and ATV tours to see the movie sites and enjoy a mālama eco-adventure where you help plant, clean or harvest kalo (taro) and learn about its cultural significance to Hawaiians.

For all your Hawai‘i travel information visit Go Hawaii, or download the GoHawaii app.