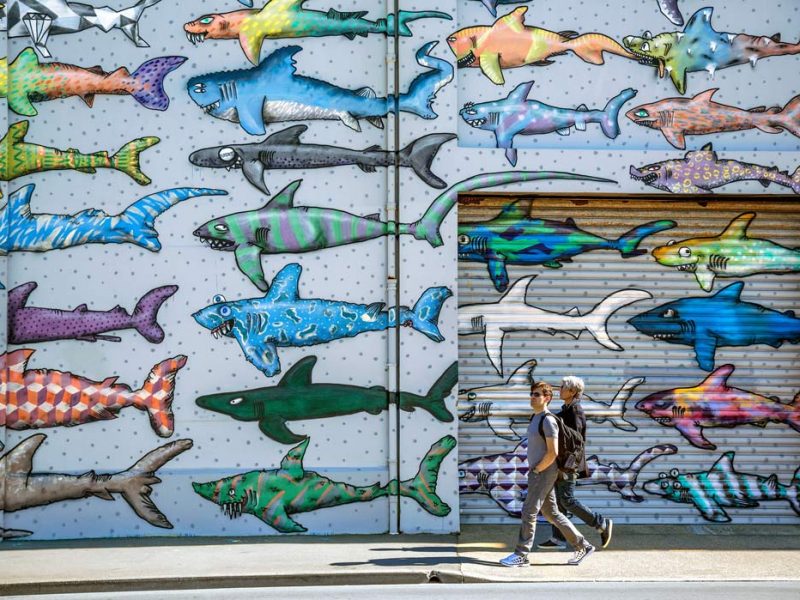 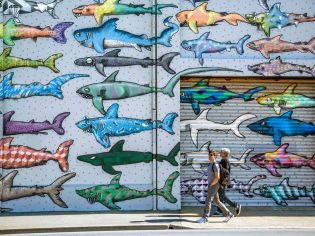 Exploring New Zealand’s vibrant street art, quirky museums, cutting-edge architecture and more is one of the best ways to uncover the stories of the nation: here is No. 96 of our 101 Reasons To Stop Dreaming About New Zealand And Go.

New Zealand’s vibrant street art scene not only showcases some of the country’s best talent, but also tells the unique story of the nation itself. Tucked away in rural North Island/Te Ika-a-Māui townships like Tāneatua, the gateway to the pristine native forest of Te Urewera, you’ll find an extraordinary mural of prominent Ngāi Tūhoe elder Hokimoana Tawa, emphasising unity, called Ma mua a muri ka tika, by Tūhoe artist and activist Tame Iti and internationally recognised artist Owen Dippie. Drive 15 minutes south of Whakatane in the Bay of Plenty to find it. In regional art enclaves like Whanganui, the town is an ever-changing canvas thanks, in part, to the biennial street art festival, Whanganui Walls. 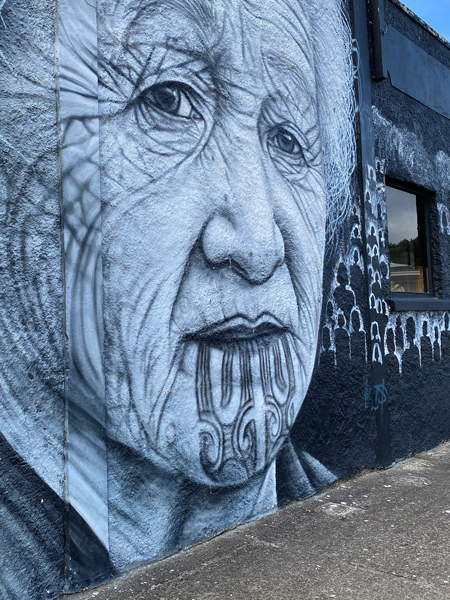 Drop into the city’s iSite visitor information centre to pick up a walking map of Whanganui street art, and then search out US artist Pat Perry’s mural of much-loved local painter Edith Collier on Ridgway Street. The walls of Palmerston North, less than an hour from Whanganui, have equally been transformed by the installation of vivid artworks, including those along Berrymans Lane. Meanwhile, two major city centres with thriving street art scenes include Wellington/Te Whanganui-a-Tara and Christchurch/Ōtautahi. In the capital, you’ll find street art in popular foodie laneways such as Hannahs Laneway. Walk down Bond Street to see a giant mural of Kiwi painter Rita Angus by artist Elliott O’Donnell (known as Askew One). 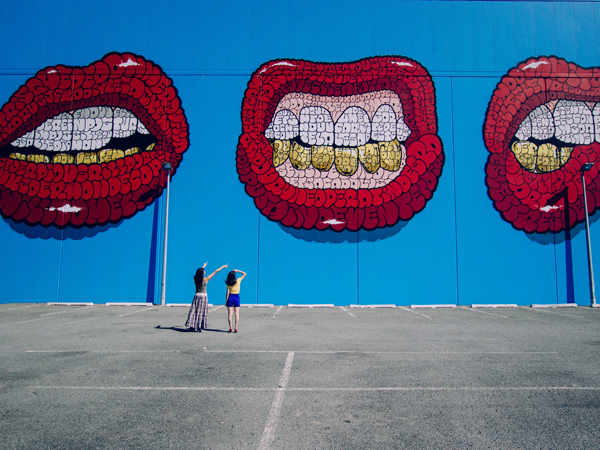 The story of a city rebuilt after the devastating earthquake of 2011 is told in the eclectic street art dotted throughout Christchurch. With the city’s galleries and cultural spaces closed in the wake of the quake, artists took to the surfaces of Christchurch’s broken buildings and car parks to express themselves and uplift the spirits of citysiders. A decade on, a completely remodelled Christchurch is a vastly different place. Yet some of those original artworks (and many more new ones) still exist. Head into the city centre to see an iconic collaboration by Christchurch artist Jacob Yikes and Andrew J Steel, overlaid by a text based work called Smash Place by Wongi ‘Freak’ Wilson. Considered one of the artists most associated with the rise of street art in post-quake Christchurch, Wilson’s work can also be seen in the laneways of the Innovation Precinct and in the giant spray cans of the East Frame.

Spend time at Christchurch Airport to see vibrant newer works of nature and popular tourist activities by DTR, Paul Walters, Dcypher, Flox, Greg Straight, Emmanuel Moore and Porta. For total immersion in the city’s street art scene, take a walking tour to explore it with Watch This Space tours. They cater to big groups as well as one-on-one tours. If your love of public art extends beyond graffiti and street art, download the Scape Public Art App to tour Christchurch’s huge range of public artwork