27. Journey to the magical Hobbiton Village 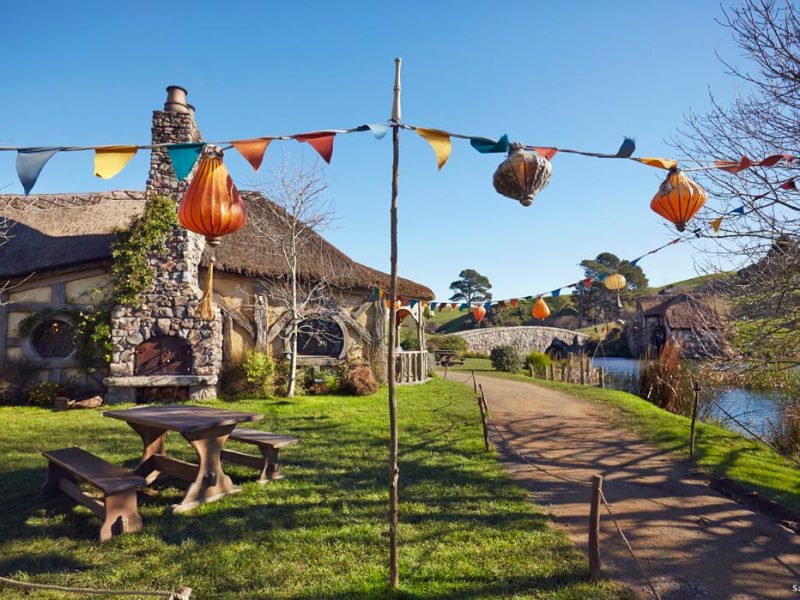 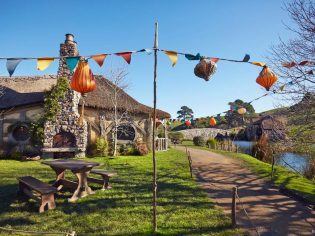 New Zealand offers countless iconic experiences you won’t find anywhere else in the world: here is No. 27 of our 101 Reasons To Stop Dreaming About New Zealand And Go.

Thanks to the wonder of cinema, the entire world has seen part of Russell Alexander’s sheep farm. Tucked away in the bucolic countryside of the Waikato region, it was spotted from the air by director Sir Peter Jackson when he was looking for the ideal location to build the set for Hobbiton, where his Lord of the Rings trilogy would begin.

Rolling green hills, a peaceful lake, the perfect pine tree – it was just what he wanted and, somewhat reluctantly, Alexander agreed to what would become a life-changing partnership. Six movies down the line, he is now in charge of an obsessively perfect permanent evocation of JRR Tolkien’s imagined village of hobbits. Visitors arriving at Hobbiton Movie Set (tours depart from The Shire’s Rest, just 15 minutes from the town of Matamata, also Hobbit-themed) are both delighted and amazed to walk into this other world and see every minute detail up close.

Small round doors and windows are set into the sides of low hills, behind front gardens growing real foxgloves, hollyhocks and vegetables. Rakes and spades lie as if where their users have just dropped them. Hobbit-sized trousers hang on washing lines, firewood is piled up by the doors, and lichen clings to picket fences. It all looks bewitchingly pretty and disarmingly real – but every detail has been minutely curated.

Most astonishing is the big oak tree on the bank above Bag End, the smial (hobbit hole) where Bilbo and Frodo live. Moulded on a real tree and fashioned from fibreglass, its thousands of artificial leaves were made in Taiwan and wired into place by hand; guides explain that the tree was on screen in the movies for a total of just 11 seconds.

After a leisurely wander through the village, marvelling over similar masterpieces and hearing behind-the-scenes stories, visitors cross the stone bridge by the mill to be welcomed into the Green Dragon Inn for a complimentary cider, beer or ginger beer. If the two-hour tour whets your appetite for more, you can return for the weekend evening tour through the lit-up village before taking a seat at the Inn for a slap-up feast at the Evening Banquet, or take the new three-hour tour with Second Breakfast at The Millhouse. 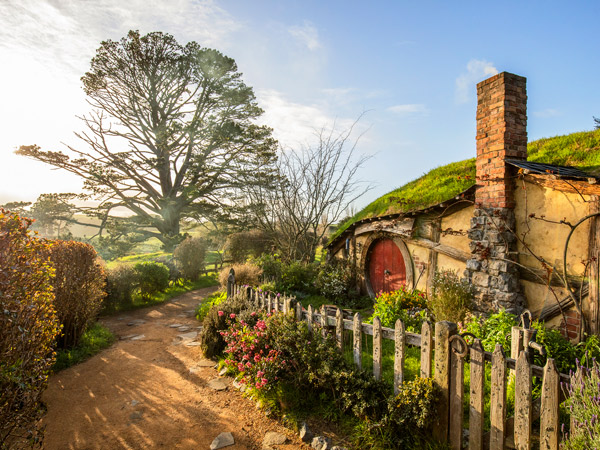