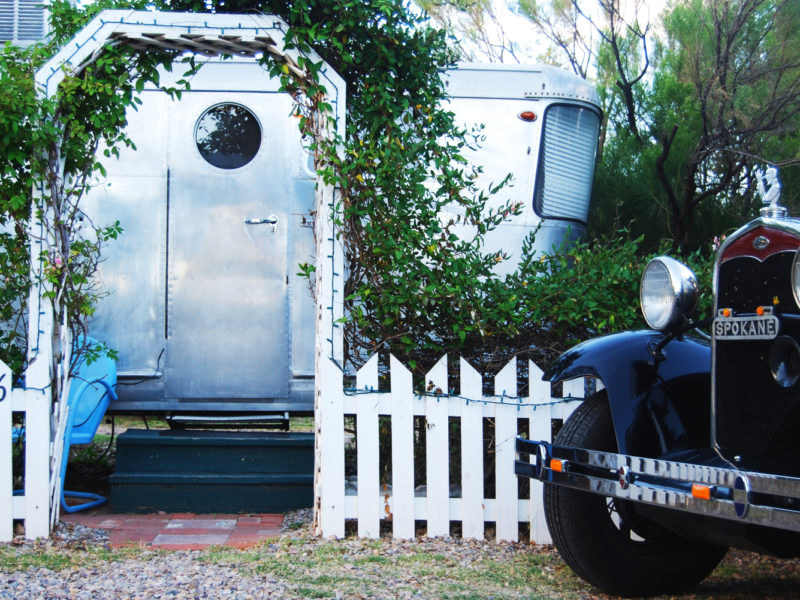 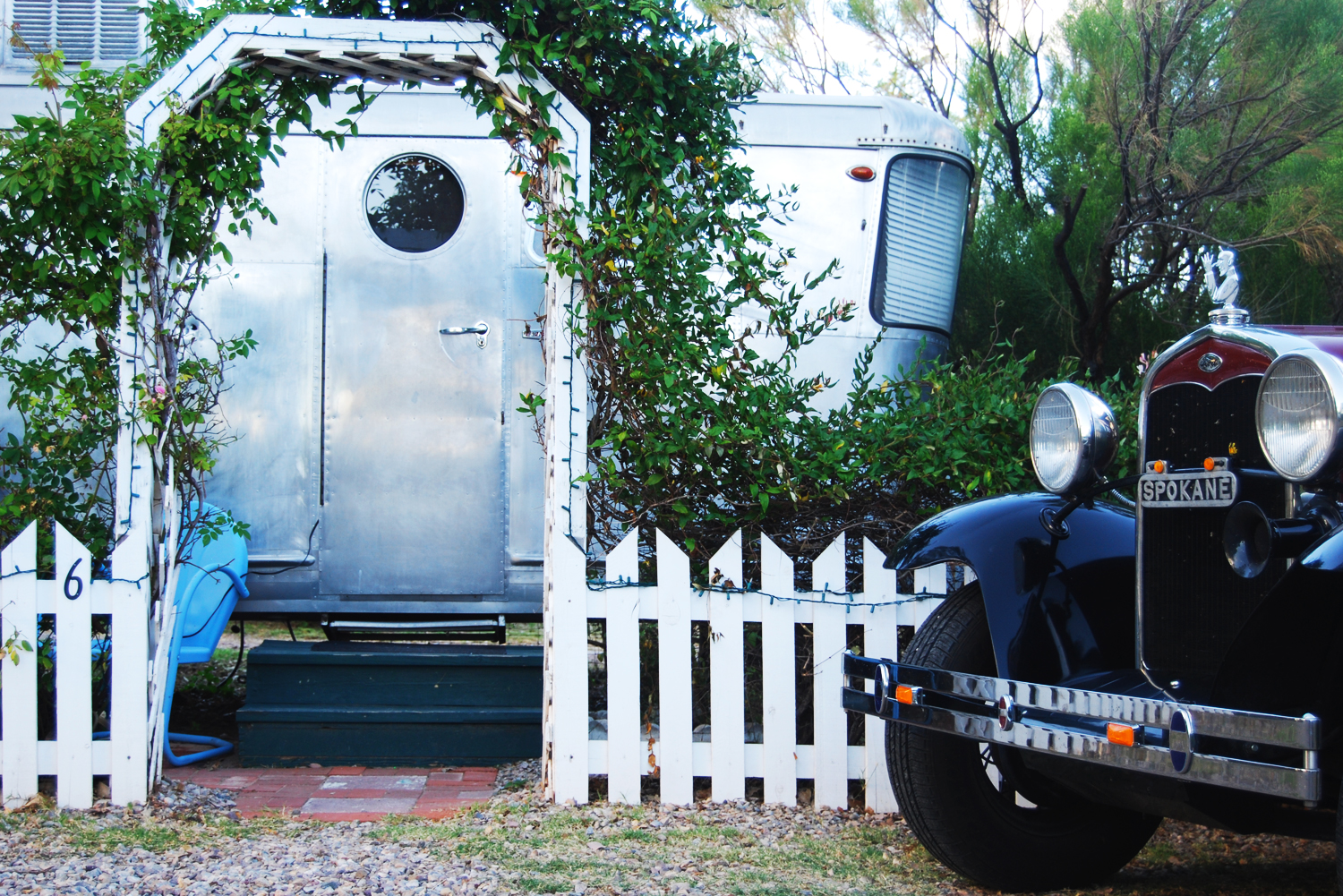 Enamoured with experiencing a bygone era, Jo Stewart heads to the Shady Dell to bed down in a Polynesian-themed bus from the post-war glory days of auto travel.

I’ve always felt like I was born in the wrong era.

Feeling the magnetic pull of the 1940s and 1950s, I revel in classic Americana – diners with jukeboxes, soda fountains and cherry pie on the menu, and road houses that serve cool beers and hot burgers.

When a wayward Google search yielded a luxe trailer park full of kitsch, covet-worthy caravans, I officially hit retro pay dirt. The Shady Dell in South Arizona had me at hello.

In recent times, the term ‘trailer park’ has become synonymous with red necks and fringe dwellers. But vintage trailers are the icons of the Golden Age of American vacationing and the Shady Dell isn’t your average run-down trailer park.

Sharing the drive from Phoenix with a friend, we recover from a few navigational fails before seeing the familiar silver chrome of an Airstream glinting in the afternoon sun.

It’s heartening to see these lovingly restored gems from the 1940s and 1950s resurrected and returned to their glory days.

Each has their own personality: the luxe Mansion, the smooth Boles Aero and our choice for the night, the ‘every-hour-is-happy-hour’ Tiki Bus.

Complete with outdoor bar, deck, cocktail shakers, colourful lights and a vintage record player, the Tiki Bus is delightfully over the top (given we are nowhere near Hawaii).

This is the type of place that the likes of Dean Martin and Frank Sinatra could throw a hell of a party.

The Shady Dell isn’t just a well-devised, kitsch throwback to the past – it’s pretty close to actually being the past (I half expect to see Don Draper lighting up on the patio of the swoon-worthy 1951 Royal Mansion).

In addition to the trailers kitted out with mid-century flair, the property has a cool collection of vintage vehicles, old-school neon signage and a small diner on site.

It’s all oh-so-adorable, but don’t expect room service, air conditioning or wifi. After all the internet didn’t exist in the 1950s.

Do expect mosquitoes and showering in a communal shower block (which was clean and functional, but not a highlight). But these are the limitations of staying true to the era in which the trailers were born.

What the Shady Dell lacks in modern functionality it makes up for in capturing the essence of the great American vacation, in all its flawed yet charming glory.

Long and narrow, the Tiki Bus isn’t for claustrophobes, but the town of Bisbee provides ample distraction. Merely minutes from Mexico, historic Bisbee is a curious hybrid between San Francisco and the Old West.

The endearing locals are a sweet mix of artists, hippies, groovers and (like most small towns in America) a few friendly oddballs. It’s a fun, welcoming and jovial town full of talkative folk who give the impression that they enjoy life.

The main office was always shut and we never saw the owners on the property. While the self check-in process was simple to understand, warm hospitality is one of the great hallmarks of travelling through small-town America.

Although we never needed the owners for anything, it would have been nice to meet them to thank them for fulfilling my dream of living in the 1950’s, if only for a day.

Where
Shady Dell
1 Douglas Road, Bisbee
Arizona USA
+1 520 432 3567
theshadydell.com
The Shady Dell operates seasonally and is generally closed for the American summer and winter. Jo paid $110 a night, plus tax for her stay in the Tiki Bus.

The IT Verdict
Jo Stewart, who paid her own way and visited anonymously, says:
“The Shady Dell delivers a quirky slice of mid-century America – a definite road trip-worthy destination for those with a hankering for the simple pleasures of the past.”

With Air New Zealand about to land in Houston, IT went ahead of the first arrivals to search out the best place to stay in Houston. Words Quentin Long...