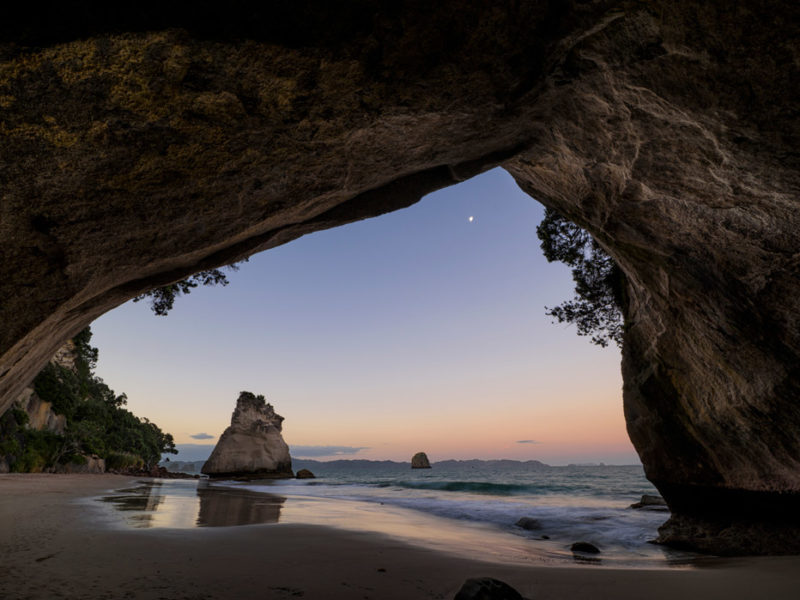 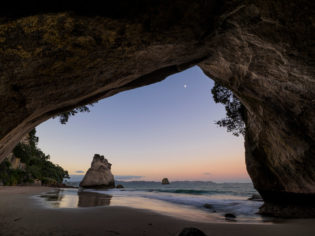 Everything from tectonic plates, to king tides, volcanic eruptions and walls of rain and weather have helped shape New Zealand.

From fingers of land on the South Island to reimagined cityscapes in the North, here are the top 10 places in New Zealand to visit.

New Zealand’s largest city is in transition: in addition to the cranes angled above the harbour, the city has rows of new side-by-side high rises and a vibrant downtown precinct that has seen the skyline hastily redrawn.

Wander down the dinky lanes hidden amid the shiny high rises and you will see young creative types making their mark in everything from fashion to food while breathing new life into beautiful old buildings and warehouses and once-decrepit arcades.

The city with the multicultural makeup also has a subtropical climate, allowing for many memorable moments outdoors.

The Botanical Distillery located on Waiheke Island, a 40-minute ferry from the city centre: it’s focused on the creation of botanical gins, cocktails and fragrances that flavour flora. 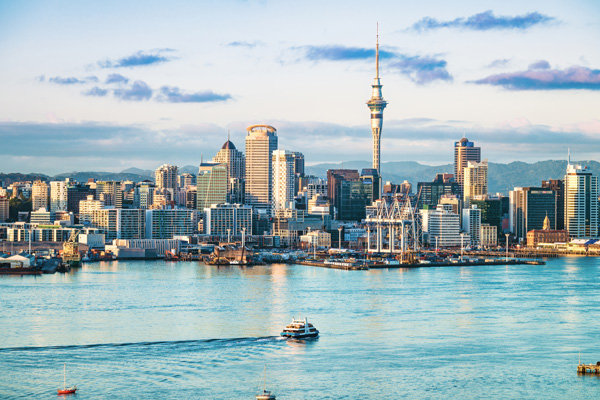 New Zealand’s largest city, Auckland, has something for everyone.

Wellington – New Zealand’s capital – is a lively city, where creativity sets the pace. The compact Kiwi capital is impossibly cool with a proud café culture, craft beer and culinary scene and permanent exhibits on show at the city’s ambitious galleries.

Te Papa interactive museum exists like a beacon in the dramatic harbour setting with its rich cultural program of lectures and edgy art events.

The city looks even prettier during Wellington on a Plate, where the city’s chefs and artisan producers are at the forefront of the festival.

Wellington Movie Tours: delve behind the scenes in the film capital of NZ to see the famous Weta Workshop, a special effects company, and to visit Rivendell and Helms Deep to bring the Lord of the Rings Trilogy movies to life. 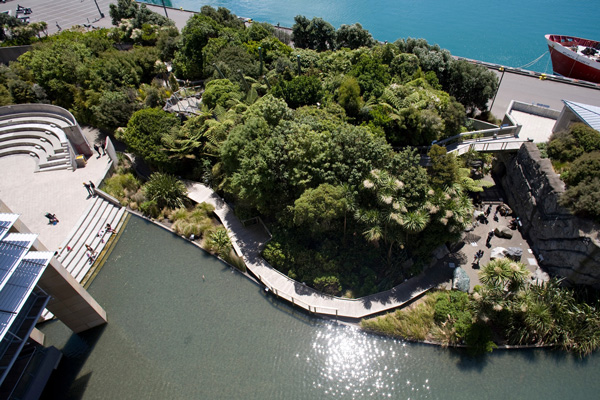 Hamilton–Waikato is a fertile region of rolling hills and gentle plains and bucolic pastoral scenes that conceal a vast underground labryinth of spectacular limestone caves. As well as being home to Hobbiton, the dinky Hobbit-sized township created to replicate a slice of Middle Earth in the movies, the city shows off its best side with a riverside walk or boat cruise.

Hamilton East Food Precinct: The main road of Hamilton east has culinary delights to unearth alongside its lively cafe culture are fine restaurants, fresh-as farmers’ produce, and independent eateries that await. Hipsters will be right at home in the Hamilton East area, which is a great place to meet locals, sniff out street food and some of the city’s hidden gems. 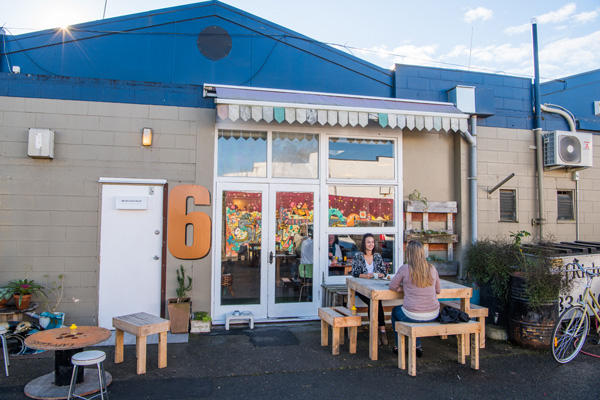 If the weather in the Land of the Long White Cloud is not cooperating, take shelter in the thermal waters of the mud pools and hot springs that honeycomb the volcanic valley.

Visitors also flock to Rotorua to learn more about the country’s rich Māori culture and the stories surrounding the Mt Tarawera eruption that created the dramatic landscape, said to be the world’s youngest geothermal valley. 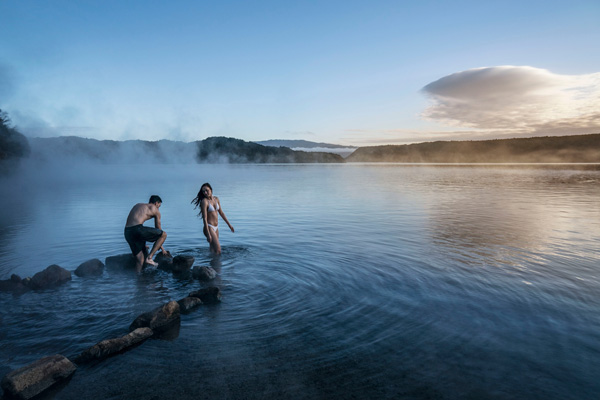 Tourists have been drawn to the natural hot springs and hissing volcanic vents since the early 19th century, as they are considered highlights along the Pacific Ring of Fire.

Redwoods Treewalk, the first of its kind in New Zealand and a lesser-known attraction in a region renowned for its geo-thermal attractions and Māori culture. Listen to the giant redwoods squeak in the breeze as you make your way along 23 bridges suspended between the 110-year-old trees. 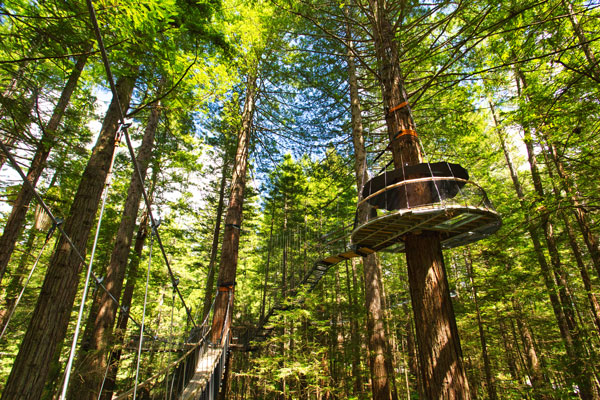 The Redwoods Treewalk is a unique and awe-inspiring experience.

Lake Taupo is, according to Māori legend, considered the beating heart of New Zealand’s North Island. The largest freshwater lake in Australasia, the lake was formed after an ancient volcanic eruption left patches of the land slate-grey and laced with natural thermal springs, spitting mud and venting steam through the Earth’s thin crust.

The township of Taupo, located on the lake’s edge, has dramatic mountain views and is the ideal base for visitors year-round, offering all kinds of active adventures and opportunities for relaxation.

Taupo Kayaking Adventures: Pinball through the vast valley of Orakei Korako amid gushing geysers, hot springs and bubbling mud pools. Kayak down the Waikato River, manoeuvre through ‘The Squeeze’ and emerge at a warm waterfall before finishing up with a cup of tea at Orakei Korako. 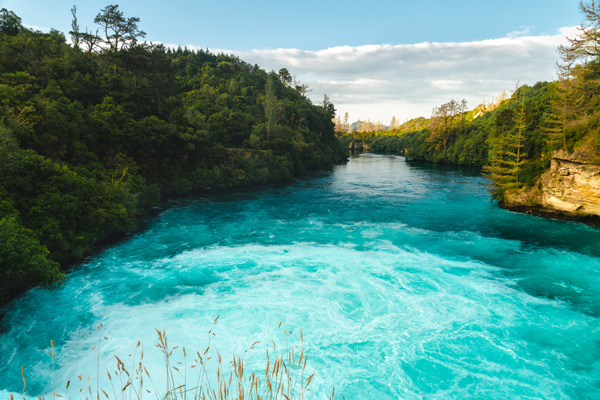 The Huka Falls are a set of waterfalls on the Waikato River that drains Lake Taupo.

The Bay of Plenty offers some of the country’s most dramatic scenery and many ways to enjoy its diverse natural wonders.

Here, the descendants of the local iwi (tribes) who arrived by waka (canoes) more than 700 years ago still live in the region today. Listen to the First Nations people tell ancient stories using digital technology or choose from a range of walking trails that loop around the bay, in this, the sunniest region of New Zealand.

Carve off for a 40-minute walk to the summit of Mt Maunganui for an incredible bird’s-eye view of the swell, stretched like silvery corrugated tin beyond the surfing township of Tauranga. Forget Magic Seaweed for the surf forecast. Rise before dawn to watch the sun paint the sky and check the swell in real time. 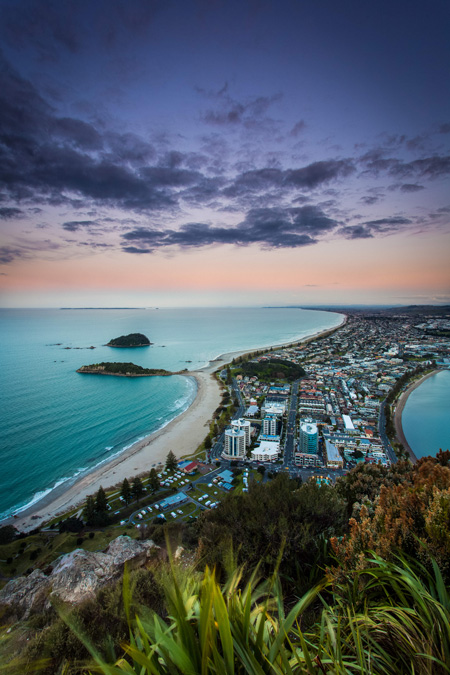 The view from the top of Mount Maunganui.

The Coromandel is a 96-km finger of land that is still easily accessed from Auckland, Hamilton, Rotorua and their international airports and therefore a popular weekend getaway.

For visitors, the region that rises across the Hauraki Gulf offers an unspoilt environment that is a sleepy getaway away from the crowds. Discover unspoilt beaches dotted along the 400 km of coastline full of islands, coves and cliffs that make it a top spot for marine-based sports and experiences. Find emerald trees, turquoise seas, forest trails and waterfalls in between.

Join fellow nature lovers under the sandstone arches of Cathedral Cove, which is considered a #nzmustdo if you’re in the Coromandel region.

Arrive by sea, and the cove feels like a deserted island. But the majestic limestone formations are in fact flanked by a patchwork of sheep pastures in addition to the glittering golden beaches.

The giant pohutukawa trees bent by the wind and clinging to the cliffs inspire awe as they stand, defiant, against the ongoing roar of the wind and the elements. Hot Water Beach to the south is another must-see. 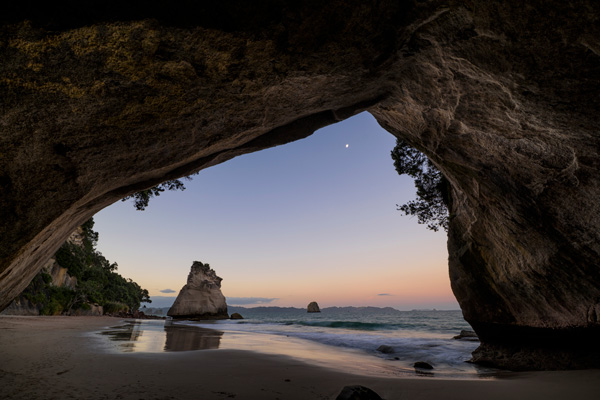 8. Bay of Islands and Northland

Northland in New Zealand’s subtropical far north is the birthplace of the nation. This region rich in history and culture includes the Bay of Islands and stretches to the northern tip of New Zealand, a slim finger of land between the Tasman Sea and the Pacific Ocean.

Ramble around the landscape at a leisurely pace and you will find places that are both fun to explore and relax in. Find your happy place in this seductive landscape in the sandy beaches and myriad islands on the east coast, or in the dramatic dunes, crashing surf and mystical kauri forests in the west.

Walk the track to the lighthouse at Cape Reinga to arrive at the northernmost point in New Zealand. Situated at the tip of the North Island in New Zealand, you’ll see two oceans collide head-on, like invisible keepers of the gate, at the Place of Leaping, where Maori spirits begin their final journey. 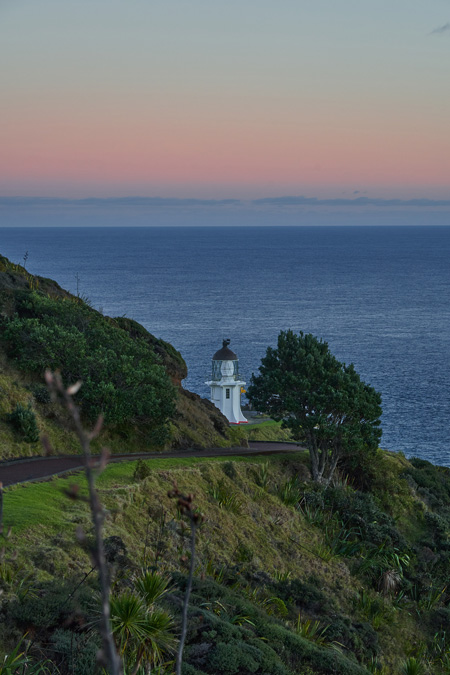 Walk the track to the lighthouse at Cape Reinga.

New Zealand’s ‘Adventure Capital’ is of course set against the backdrop of The Remarkables, where adrenaline junkies have used their imagination to create activities for thrillseekers.

The resort town attracts more than three million visitors a year who are lured for everything from world-class skiing to snowboarding and water sports. Of course, you can also dull the senses or calm the nerves by tracing the wine trail in Gibbston.

Piha Canyon is located west of Auckland and away from the bright city lights. The canyon formed in a volcanic rock valley is a great base to send adventurer enthusiasts off scurrying. The highlight is a series of waterfalls that thunder down into the valley towards the ocean including the highest commercially abseiled waterfall in the Auckland region. 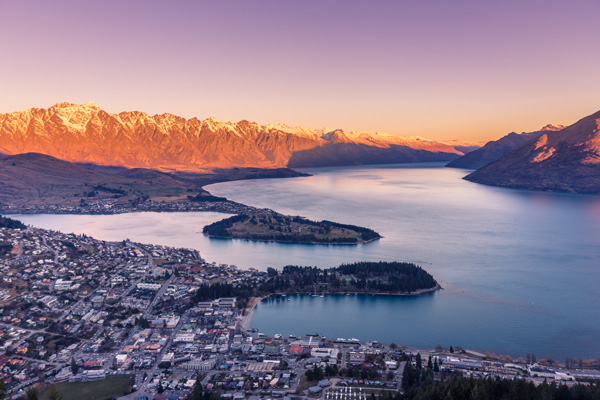 The Remarkables form a breathtaking backdrop in Queenstown.

A patchwork of hills sewn tight with vines, a temperate climate, vast, unspoilt wilderness areas and milky green seas makes visitors quite melancholy when it comes time to leave Marlborough.

Whether you’re into indulgence or adventure, the Marlborough region is brimming with life: arrive James Bond-style across the waters of Marlborough Sounds or get dropped in from the air after flying over rugged mountains and wide plains with endless rows of perfect vines.

The Marlborough Sounds, which offers a few adventures of its own, many of which have to do with drinking sauvignon blanc, which the region is famous for. Start your cellar door tour at Saint Clair, which has a broad range of wines, including a perfect pinot noir. 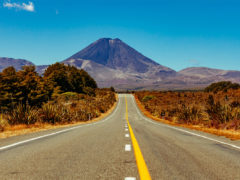 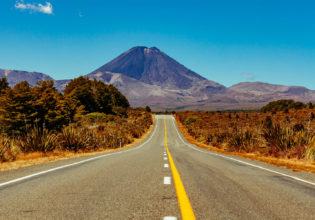 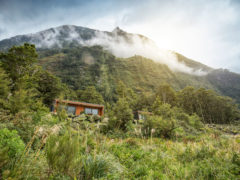 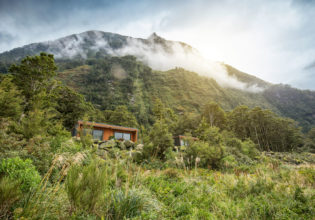 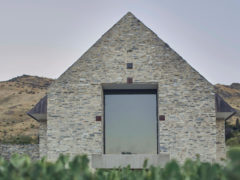 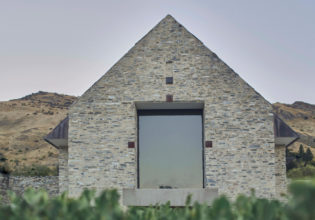 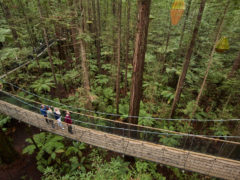 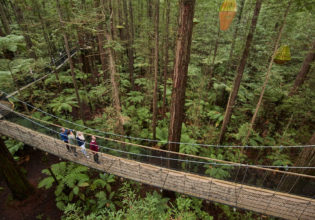 Delve into New Zealand’s natural beauty and traditions; seek out its rugged landscapes and experience the myths of warrior legends on Inspiring Jour...