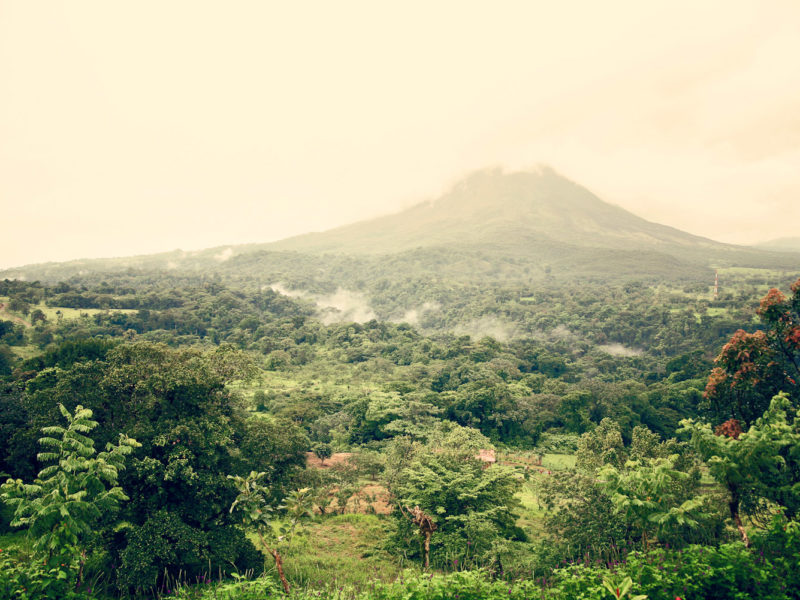 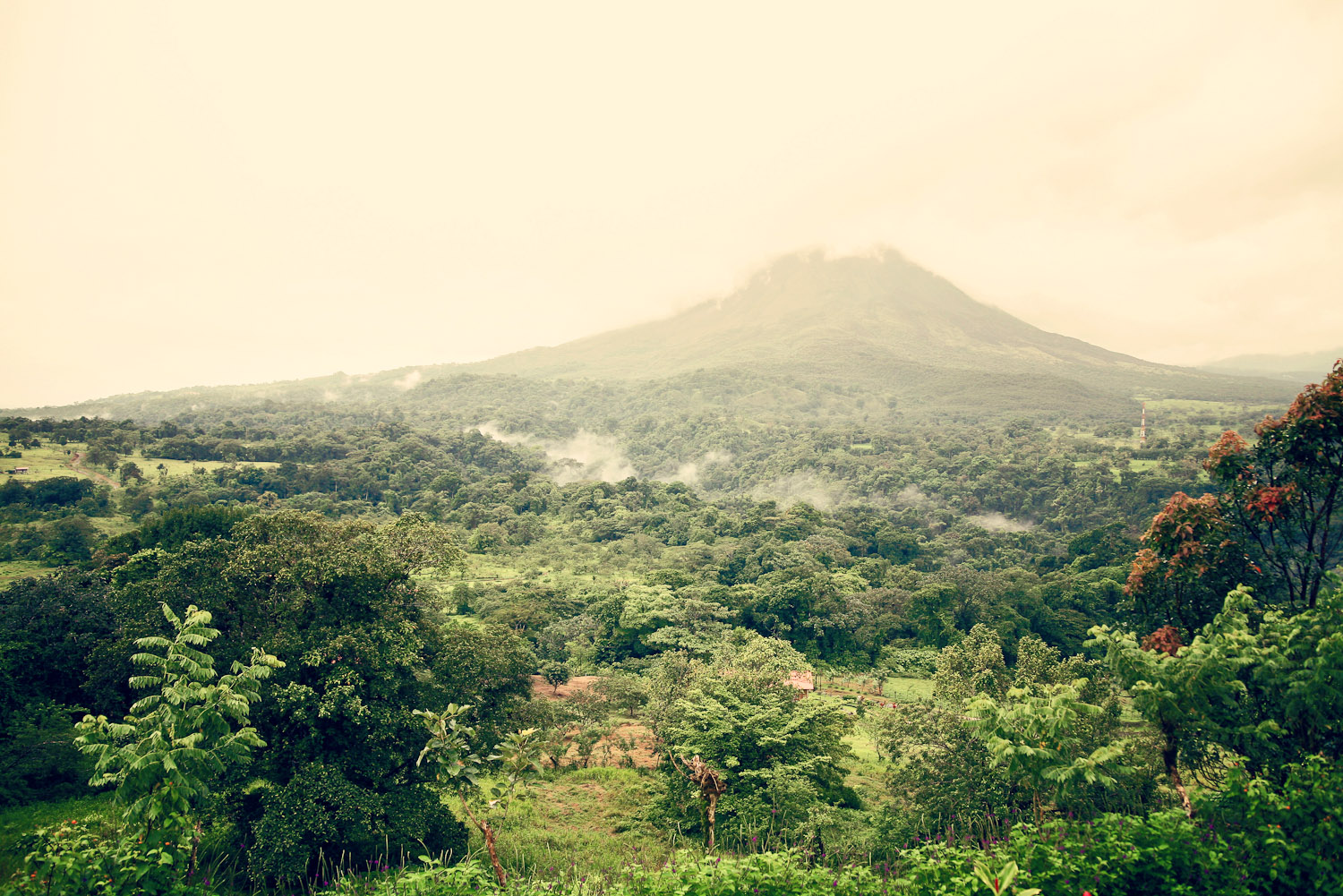 With so many world-class natural wonders, it can be hard to know where to begin in Costa Rica.

With so many world-class natural wonders, it can be hard to know where to begin in Costa Rica. Here’s our pick of its greatest parks.

This national park, home to its namesake the Arenal Volcano, is a picturesque wilderness of a black stone volcano being overtaken by lush green vegetation.

Emerging from the top of the volcano is a waft of white smoke, bleeding into the clouds above, representative of the fact that this is Costa Rica’s most active volcano.

Not only known for its volcanic monument, but the Arenal Volcano National Park also hosts the La Fortuna waterfall and hot springs, which are worth a trek through the jungle for – we promise! 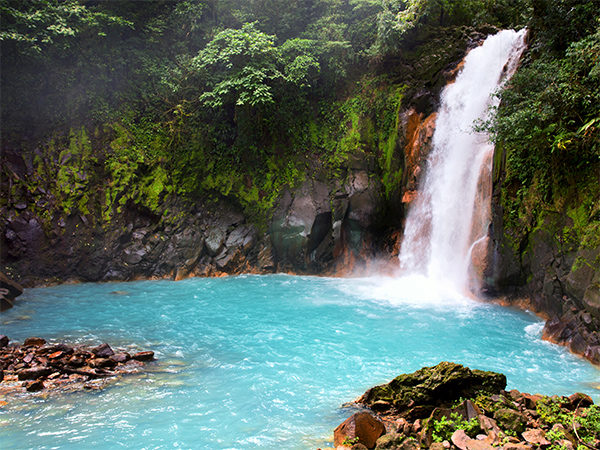 From an aerial perspective, this diverse ecosystem, comprised of jungle and ocean, forms the shape of a whale’s tail as the sand bridge leads to a small curved island off the coast.

Ironically, this beach is renowned for being on the migration route for the Humpback whale, where they can be spotted off the shore.

With marine iguana’s sunbaking on the sand, a mass of mangrove forests to explore and a plethora of fish to spot, as you snorkel the shallows, there is so much to see and do at the Marino Ballena National Park. 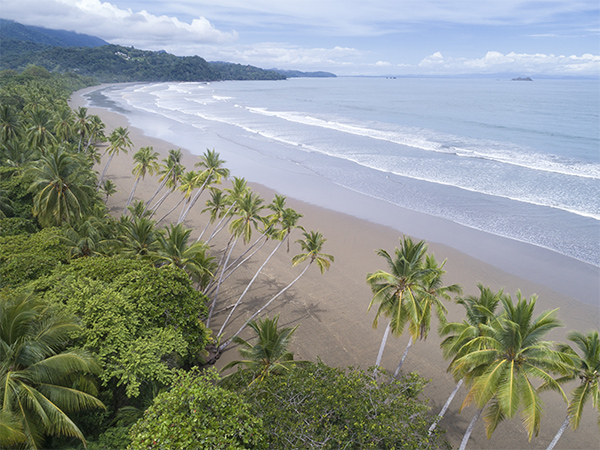 Where the wilderness meets the ocean, this National Park looks like a beach from Pirates of the Caribbean – white sand, trees meeting the shore and completely deserted.

The perfect spot for a swim, a sunbake or a surf, this is one of Costa Rica’s greatest secrets. Head to the Puerto Vargas for great snorkelling or venture inland to the Jaguar Rescue Centre, where you can take a tour of the facilities and see some sloths, jaguars and toucans up close.

600km off the coast of Costa Rica, Coco’s Island is the largest uninhabited island in the world. Spanning across almost 24 square kilometres, this lush green island was the inspiration for the fictitious Isla Nublar in Jurassic Park, and the Island that marooned Defoe’s Robinson Crusoe.

Scuba diving on the rim of the island, spotting hammerhead sharks, dolphins and rays in the depths of the ocean and waterfall hopping on land are just two of the many activities on this glorious island.

Consider staying on-board a charter vessel, with many companies offering multiple night stays to allow for proper exploration of the island. 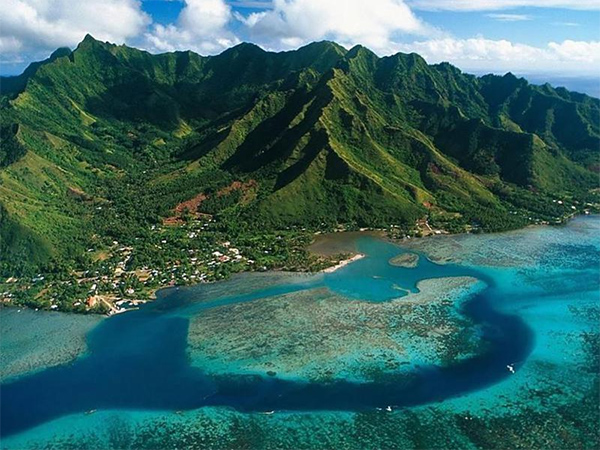 The pristine waters and lush green jungle of the Corcovado National Park are not even its best features. Boasting one of the world’s most biodiverse landscapes, head over to this marvel for some serious wildlife spotting. Expect to see a few monkeys (including the spider monkey), sea turtles, lizards, a squirrel or two, the two and three toed sloths, toucans, scarlet macaws and anteaters.

Also, home to the endangered Jaguar, it is wise (and safest) to book a day tour to the island from the neighbouring town of Drake Bay, where you can also set yourself up in a luxury eco lodge for your stay. 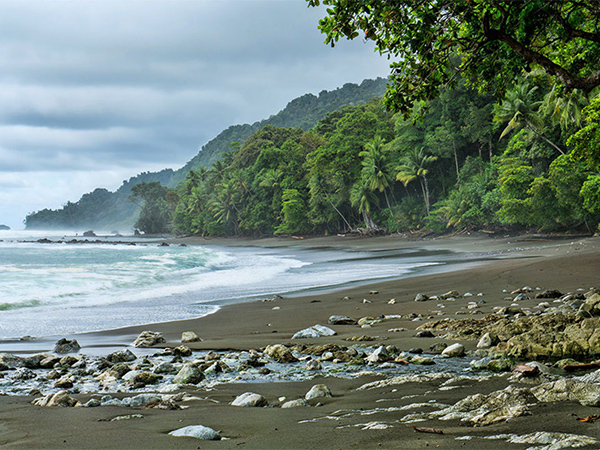 Irazu, meaning “thunder and earthquake mountain” in the Indigenous dialect, represents the 11360ft volcano that sits perched high within the park. Currently inactive, the volcano can be climbed by visitors, who want to see the moon-like-craters that exist on its surface and to look down on the clouds from atop its peak.

The main crater, a favourite for tourists, is now home to a bright green lake that spans 300m.

Another park, sporting rainforest, wildlife and pristine beaches, this is one of Costa Rica’s most frequented spots. With easy access to the park, and an array of activities and perfect sunbaking beaches, this is the perfect spot to centre yourself in Costa Rica.

A less traditional activity, and certainly a thrilling one, is a tour through the Damas Island estuary. You can reach the estruary via car, boat or, my favourite, Kayak from the main beach. With a guided tour offering travel through the rainforest on intricate waterways, this is the best way to spot wildlife. Expect sloths, snakes, crocodiles and monkeys. 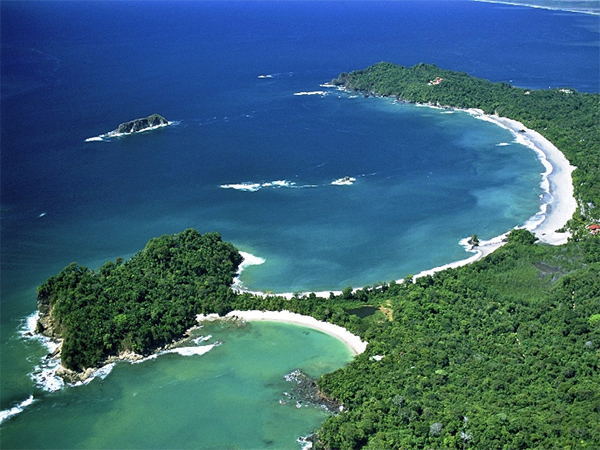 Home to another volcano, this park has a glorious “Hot Lake” poised in a crater, and boasts amazing views from the top of the volcano.

Within the vicinity of the park is also the famous Laguna Botos cloud forest, that must not be missed. Characterised by a constant cloud cover that settles on the rainforest, the humid and moist environment, creates a lush green oasis – always shrouded in an ominous fog. 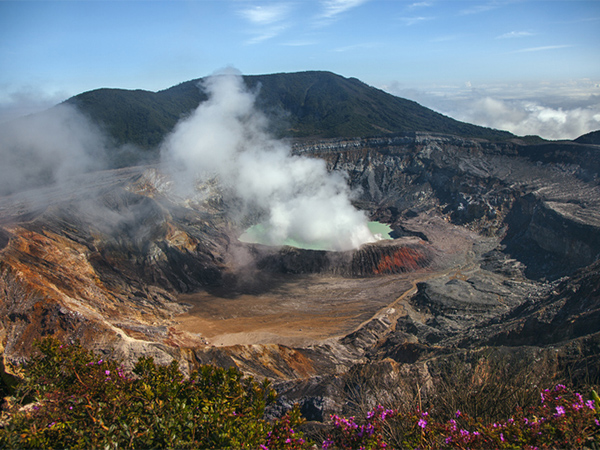 Poas Volcano has one of the largest craters in the world

This national park, while famous for its volcano, is also renowned for its hot springs, mud pots and waterfalls. Hiking is encouraged, with a variety of hiking tracks, of varied difficulty, offered to visitors.

The mud pots, positioned along most of the trails, can be heard bubbling with geothermal energy from meters away and are something reminiscent of an episode of the Land Before Time. Head to the glorious La Cangreja waterfall to cool off along your hike, or to the Rio Negro hot springs to rejuvenate.

To enhance your trip to this national park, consider a horseback or zip line tour, or the opportunity to go tubing down the many rivers. And that’s a dare…

Wildlife central, you can spot a plethora of animals, insects and birds at this thriving Costa Rican wilderness.

Visit between July and October to witness the turtle eggs on the beach. Once laid, the eggs incubate in the warm sand for 7-10 weeks, so if you time your trip right, you might be lucky enough to catch the turtles hatching from their eggs and racing to the sea. 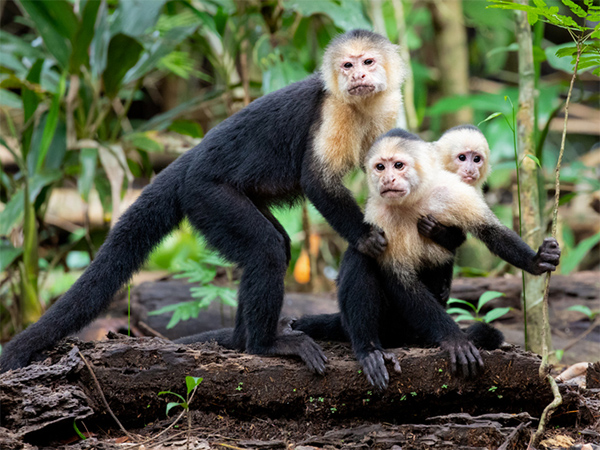