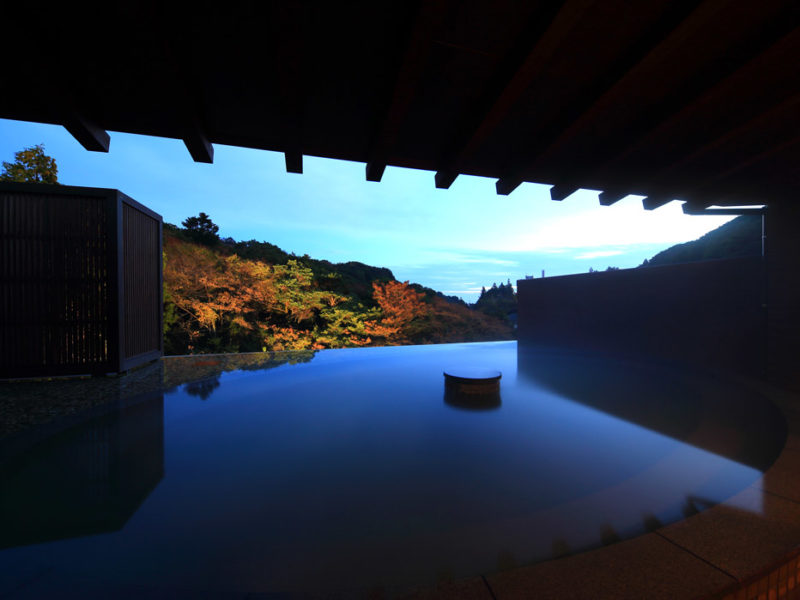 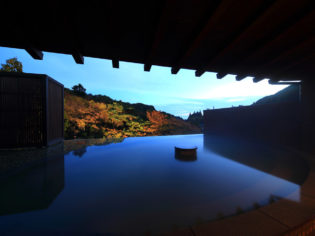 Unzen Fukudaya is the largest and one of the oldest hot spring resorts in Nagasaki.

A journey to ‘hell’ and back in Japan’s Nagasaki prefecture will leave you looking on the bright side.

There is not a breath of breeze in the makeshift stadium in front of the Suwa-Jinja shinto shrine in Nagasaki as a band of costumed dancers takes to the stage, prancing around and high-stepping like marionettes.

A few high clouds scud through the sky as a large kasabako (parade float) shaped like a Dutch sailing ship is pulled clockwise at high speed by men wearing geta (traditional Japanese footwear) and hachimaki (headbands), much to the delight of the appreciative crowd.

It’s one of the most dramatic performances of the annual Nagasaki Kunchi Festival, which has been celebrated for about 400 years at the shrine, which was destroyed by Christians in the 16th century and rebuilt by the government in 1614 (the same year the first Shōgun of the Edo period declared an edict against Christianity). 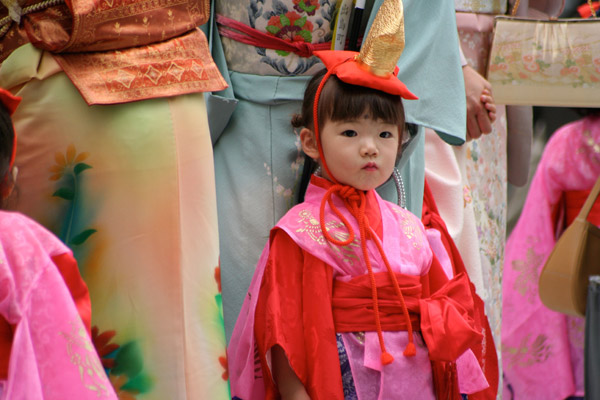 Japan is the land of festivals, and Nagasaki is no exception.

The festival is, says our local tour guide and interpreter Miyuki Ogawa, one of the most anticipated events on the country’s cultural calendar, with five to seven of the 59 odori-cho (neighbourhoods) that define Nagasaki’s downtown district performing once every seven years on rotation.

“The first Europeans to Japan brought Christianity with them and this festival was created by the government of the day to drive the religion underground and keep Japanese culture alive,” Miyuki says.

“Nagasaki is the most international city in Japan, heavily influenced by the Chinese, Dutch and Portuguese. These foreign cultures can be seen in the costumes, performances and floats that parade around the streets and also in the art, architecture, religious sites and local cuisine,” says Miyuki, whose family hail from nearby Nagayo, in the southern part of Nagasaki prefecture.

The crowd joins in the chorus for an encore and the lion dancers dutifully return to the stage in sync with the dull thudding of a drum. It’s the final performance of the day and the hubbub sweeps through the horseshoe of a stadium and spills into the streets, now busy with performers, spectators, hawkers and floats.

The rich East-West connection that was so evident onstage dates as far back as the 1540s when Portuguese explorers and Catholic missionaries first arrived. Although the Shōgun expelled all foreigners from Japan in 1641, the Dutch East India Company and trading post remained on the manmade island known as Dejima, in Nagasaki Bay. 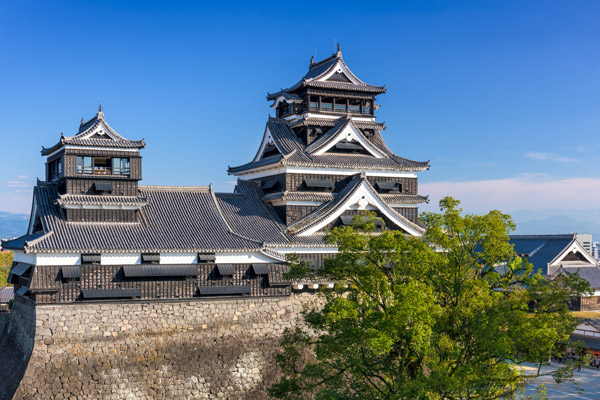 The architectural style of Japan is distinctive and beautiful.

It’s while eating at Attic, a rustic restaurant nearby to the restored Dutch-Japanese buildings of Dejima, that you can see the precise moment when the Japanese shook hands with Europe and Asia. It’s in the twirl of Nagasaki spaghetti that sidles up to the Turkish curry rice topped with a panko-crumbed pork cutlet.

“This mixed plate or ‘combination plate’ is a collision of Japanese and Western culture and it’s only available in Nagasaki,” smiles Miyuki. The Japanese, Portuguese and Chinese influences also combine in the dish known as shippoku-ryori, the Nagasaki version of kaiseki – a dainty degustation of sorts that leans into the seasons and which we enjoy at the Fukudaya ryokan in Unzen Onsen (a hot spring resort town).

Castella cake is another Nagasaki treat that can be traced directly back to Portugal.

When it comes to consuming the intricacies of a culture, it’s difficult to beat eating onsen tamago (a hot spring-soft-boiled egg) with the smell of sulphur filling the air near the geothermal waters of Unzen Onsen, in Nagasaki prefecture. The town on Japan’s Shimabara Peninsula is well known for its hot spring dubbed ‘Unzen Jigoku’ (Unzen Hell), which bubbles, belches and seeps through the very pores of the pockmarked landscape.

After the gentle act of picking off the fragments of eggshell and biting into the egg, we arrive at a monument dedicated to the execution of 33 Kakure Kirishitan (‘Hidden Christians’) who lost their lives here 350 years ago when they were thrown into the hot springs after refusing to renounce their faith.

The alien feel of this place seems somehow heightened by the everyday act of eating a boiled egg near to the murky cauldrons that swallowed the bodies of the martyred Christians.

It’s one hell of a history lesson. There are many such macabre tales that percolate below the surface in the Nagasaki prefecture, which was the centre for Japanese Christians from 1580 to 1614, when the nationwide ban on the religion was lifted.

Of ‘Silence’ and ‘speaking up’

The more time spent in Nagasaki the sharper the image of the city and broader prefecture becomes. The horror stories surrounding the clandestine worshippers and their crypto-Christian traditions, as told in Martin Scorsese’s film, Silence, are also being kept alive at the Twenty-Six Martyrs Museum, on a site where a further 26 Christians were crucified.

But the capital of the prefecture that occupies the westernmost part of the island of Kyushu remains best known for being all but obliterated by an atomic bomb on 9 August 1945. Nagasaki Atomic Bomb Museum invites visitors to stare into this dark past – which deals with the devastating effects of nuclear warfare – before emerging into the tranquil surrounds of the Peace Park. 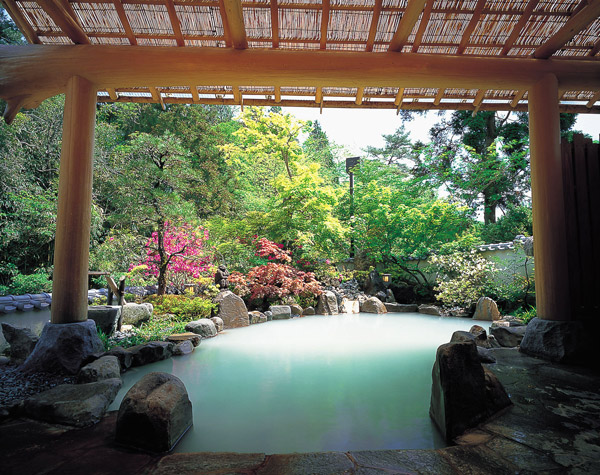 Traditional Japanese gardens are a great mental and physical escape.

As Miyuki explains, the park honours “the resilience of the people of Nagasaki” who have risen from the ashes and rubble of the city’s past and transformed into a ‘City of Sunshine, Gardens and Peace’.

Although the Nagasaki Atomic Bomb Museum highlights the city’s tragic past, life in Nagasaki rolls on. “The people of Nagasaki want to be the last city in the world to have experienced atomic warfare,” she says.

Resilience and optimism also reverberate around Mt Aso, where some 50,000 people live within the caldera of one of the most active volcanoes in Japan in the neighbouring prefecture of Kumamoto. Those who live in the shadow of the volcano were left devastated when two earthquakes rocked their communities in 2016, destroying lives, homes and livelihoods.

One of the earthquakes, which registered a 6.2 magnitude, also damaged nearby Shimabara Castle. Masuda Kazumasa considers himself one of the lucky ones: while his successful restaurant was destroyed, his wife and children were safe.

The chef has since conceptualised Life with Volcano tours designed to help those affected by the disaster to turn ‘the good life’ they have long enjoyed into a sustainable tourism business.

Masuda has teamed up with: baker Soh Hisanaga who owns a cafe inside the deserted Minamiaso Choyo Station; photographer Takano Atsushi who runs star-gazing tours; and Makoto Sasaki, who has created a ‘tree-climbing’ experience overlooking the sprawling grasslands.

“It’s hard to stand up by yourself,” says Kazumasa. “The people whose lives were destroyed want to do business so we made a recovery group called Reaso, which means Again Aso. I love the people here. We want to share what life is like living with a volcano,” he says.

It’s in a helicopter ride over the mouth of Mt Nakadake, which resembles a sunken hearth, that we get some perspective on the communities that live in the narrow plains of the range where the volcano sleeps. Kazumasa says the volcano has been revered as a god for centuries.

“The mythology surrounding the volcano is unique to Aso. There are some dangerous things that come from the volcano, but we believe God kicked the mountain over there to let the lake out and make it into a fertile place to farm and live,” he says.

Looking to the future

There’s no sugar-coating the natural and manmade disasters that have affected the prefectures of Nagasaki and Kumamoto: from the devastation wreaked by earthquakes, to the persecution of Hidden Christians and fallout from nuclear warfare.

All of these horror stories seem to fade away during the gentle act of making a paper crane – a symbol of peace – alongside our guide Katsuya Fukamaki.

The art of origami dates back thousands of years. But it’s not until I’m enjoying a moment of stillness, with the palms of my hand cradling the pink paper crane, that I realise this symbol of peace is the enduring story to come out of Nagasaki and Kumomoto prefectures.

And it’s one that will continue to unfold.

For more on the best of Japan travel, visit our Japan guide for all the essentials.