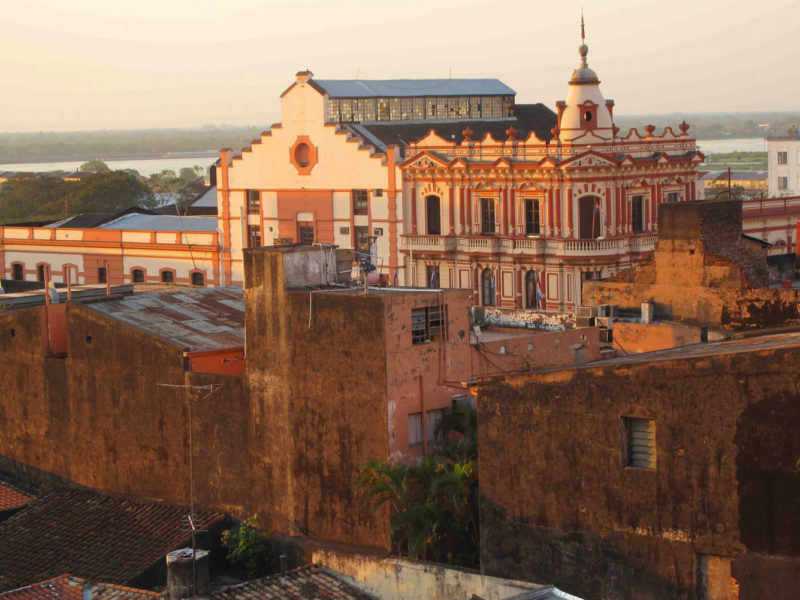 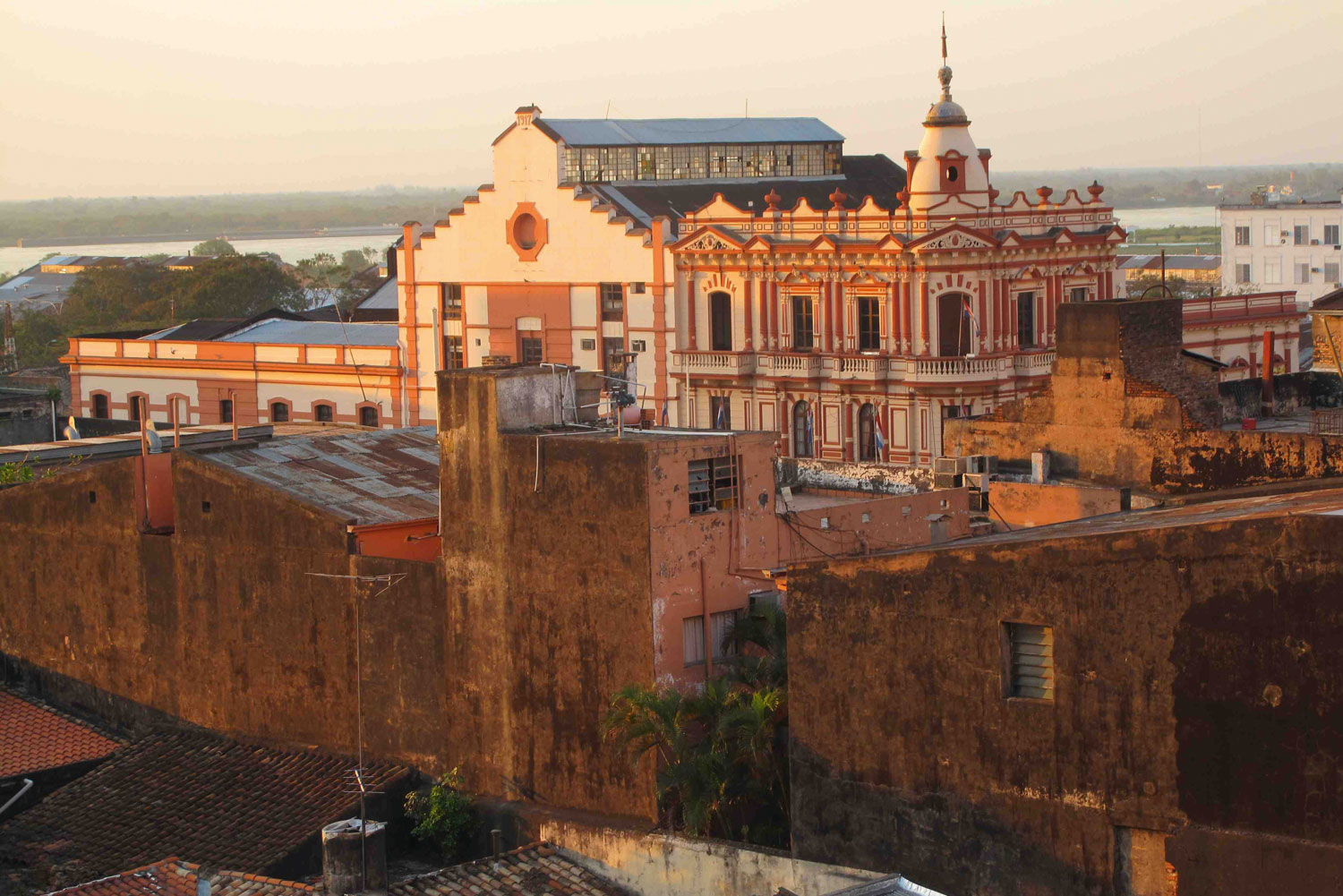 Asuncion in Paraguay at dusk.

In the heart of the continent, little-known Paraguay is brimming with unique contrasts, cultural cross-overs and authentic travel experiences, waiting to be discovered. Words by Ben Stubbs.

“I had afternoon tea with a cannibal last week, what did you do?”

Much of modern travel revolves around the way you capture the experience. Whether it is a witty tweet, a likeable Facebook post or an anecdote that evokes jealousy from your friends, the ability to find a unique ‘travel story’ is becoming a crucial part of the journey.

South America is a continent of highlights: Rio’s beaches, Machu Picchu in Peru, The Galapagos in Ecuador and the Iguazu Falls in Argentina. There is one country, though, that escapes most travel itineraries. Paraguay, which is known by many as the heart of South America, still has an air of mystery to it.

I set off to discover the highlights of this landlocked country to find a travel anecdote that will be the envy of the lot.

From the roaring falls of Iguazu that straddle the Argentinean, Brazilian and Paraguayan frontiers I take a bus across the border to the southern river city of Encarnacion.

Throughout the journey I get my first glimpse of Paraguay: rich green fields populated by zebu cattle, wild west towns and pockets of deep jungle that hold jaguars, carpinchos, tapirs and monkeys in their depths. This is still virgin country and much of the landscape is wild and waiting to be explored.

As we pass the small settlements on the edge of Encarnacion past the curves of the green Parana River, I notice a strange lady board the bus. She is dressed in a short blue miniskirt, fishnet stockings and train conductor’s cap. This is the uniform of the ‘chipa ladies’ who ply the highways throughout the country. I’m more interested in what she’s got in her arms. The huge basket is full of steaming fresh pastries of cheese, mandioca flour and anise – they’re called ‘chipa’ – the aroma wafts down the aisle and I buy 10 and devour them in moments.

I’m not here to just eat pastries though. I’m here to see one of the most unvisited UNESCO sites in South America.

The Jesuit ruins of Trinidad are a collection of cathedrals, houses, statues and original walls that date back to 1706, and which once housed 5000 indigenous Guarani and the Jesuit priests who would teach them painting, harp playing and choir singing amongst other things.

A field of rust-coloured ruins rises above the earth as I get off the bus. In the misty valley surrounded by palm trees I hear the soundtrack to the Robert De Niro film, The Mission, and I wonder if the Jesuits might still be here. I enter the complex and see a local playing the music of the film, based on the Jesuit struggle here in the south of Paraguay, on a panpipe.

Trinidad is like a lost city: I walk through giant Roman arches, through the remains of old churches and I clamber up past-fallen statues to get an unimpeded view of the valley.

People flock to the UNESCO sites of Angkor Wat, The Great Wall and the Taj Mahal to contend with thousands of other tourists to appreciate the sense of history. The sprawling complex of Trinidad is a worthy addition and I only have five or six people in the entire area to share it with.

I buy a few souvenirs from a Guarani man at the entrance. We chat in Spanish and he asks me where I’m from. “I’m Australian,” I reply. He nods like it’s the most normal thing in the world. He’s a friend of the Smiths – in New Australia up the road.

“G’day mate!” is not something I expect to hear in Paraguay, though as I call Roddie Wood, an insurance company president in Asuncion, I shouldn’t be surprised. He is a descendant of Australians who came here in 1893 from Australia looking for Paradise. There are now 2000 Australian descendants in Paraguay, and Roddie suggests I stop at the colony of New Australia (Nueva Londres) to say g’day.

I walk up the red dirt road and past the Australian flag flapping in front of the local school. It looks just like country Australia.

I meet the Joneses and the Murrays and I’m invited for lunch at the McCreen’s place. The McCreens arrived here from Australia in 1900 and whenever an Australian drops in they welcome them in for a Paraguayan cuppa. It’s called ‘tereré’ and it’s a cold herbal drink that is sucked through a metal straw.

Ernesto McCreen and his daughter Susan show me the cemetery of Aussie descendants. They tell me that they get the occasional Australian visitor passing through and that they’re still fond of their heritage.

The diverse culture in Paraguay is something many are proud of, and this is no more evident than the sleepy village of ‘La Colmena’ a few hours west.

Like the Australians up the road, a collection of Japanese settlers arrived in Paraguay looking for a better life. They purchased land in the 1930s and have established one of the most vibrant communities in Paraguay producing much of the fruit, vegetables and rice used in the country.

I walk through the photographic museum and wander under the flag of the rising sun in the plaza to Hotel Fujimi where the owners, Aidi Mitsui and her husband Jose, are waiting for me with a cold beer and a plate of sushi. We sit in their manicured garden chatting of life in Paraguay – this isn’t the sort of experience you could ever find in a guidebook.

The next morning I see a game of baseball on the local oval as I take the bus north to the capital.

Asuncion is the multicultural centre of Paraguay with its pink palace, great museums and an old-school charm that resembles something from a Graham Greene novel. Cobbled streets wind through the city to the green curve of the Paraguay River, fading baroque buildings are painted in tropical yellows and reds, and every plaza is filled with pink blossomed Lapacho trees that leave a carpet of flowers on the ground.

I spend the day exploring the city’s museums, though my favourite is the Museo del Barro in the leafy outer suburbs. The unassuming place charts the artistic history of the country, from early indigenous art through to the crafts and photography of contemporary Paraguayan artists.

I learn of Paraguay’s fractured history of conflicts and strange decisions. None seems odder than their willingness to accept German soldiers after World War I (Paraguay did start the first Nazi party outside Germany after all). I want to have a look for myself and I head to the town of Independencia in central Paraguay.

Inside my accommodation at the Hotel Paraiso everything looks normal. I sip cold beer by the window and eat one of the best schnitzels I’ve ever had in my life. What makes the experience a little different is the fact that I’m sitting underneath a life-size German officer’s uniform covered in swastikas and swinging model fighter planes from World War II.

The German community around here is known to have peculiar sympathies, and as the other patrons chat in guttural German I’m momentarily glad for my blonde hair and blue eyes.

There is a strong German influence in Paraguay, apart from Independencia there is the German lakeside resort of San Bernardino outside Asuncion, and in the north the colony of New Germany that was started in the 1880s by the sister of Friedrich Nietzsche.

There is more to the country than just the colonies though. To understand more of the natural Paraguay I travel north. The Moises Bertoni Foundation manages the forests of Mbaracayu and they provide comfortable accommodation and tours in the reserve for tourists. This is a rich tropical forest containing 410 bird species and 89 mammal species within a 64,000-hectare biosphere.

Ranger Serafin and I canoe through the tributaries of the park spotting yacare (alligators) and carpinchos (the world’s largest rodent) on the banks. We have another destination in mind though. Serafin takes me into the community of the Ache on the edge of the dark jungle. The Ache only gave up cannibalism in the 1960s, though they’re now friendly and happy to receive me as a guest for the afternoon.

Before I’m asked to stay for dinner I travel back to the old cowboy city of Concepcion to take a riverboat back to Asuncion. I swing in my hammock on the Paraguay River watching the world melt away.

We approach Asuncion once again as dusk blankets the city in a pink glow. I get phone reception and I log into Twitter. As I begin my message though I’m stuck. Paraguay is a place full of stories for travellers willing to give it a little time.

I wonder if I should tweet about the Australian descendants who listen to Slim Dusty, the friendly cannibals or the surprisingly good Nazi schnitzel?

Aerolineas Argentinas has direct flights from Sydney to Buenos Aires in Argentina. From Buenos Aires there are easy flight connections to Asuncion. Australian citizens require a visa before arrival ($44).

Paraguay is hot and humid from December to March, so the winter months from June to September are generally the most pleasant (though the north is hot all year round).

Asuncion Palace Hotel. In the centre of the city on Calle Colon, this refurbished hotel offers great deals and a sense of history.
asuncionhotelpalace.com

Luxury
The Sheraton in Asuncion is everything you’d expect from the brand. Five-star comfort and service near Shopping del Sol.
sheraton-asuncion.com.py

Affordable
Lido Bar in the centre of Asuncion on Palma and Chile is a relaxed café with great empanadas, soups and schnitzels.
Around $4-8 for a meal.

Comfortable
Confiteria Bolsi on Alberdi (021 491 841) is an Asuncion institution. Take a seat outside and enjoy pizzas, great Paraguayan meat dishes and pastries with the locals.
Expect to pay $10-15.

High End
Un Toro y Siete Vacas on Malutin and Eusebio Lilo (021 600 425) is a classy restaurant with great local cuisine and good service just outside the centre of the city.

…is that it’s a country that is well and truly off-the-beaten-track.

There are few tourists so you’ll have many of the sites to yourself, and the friendly Paraguayans are some of the most helpful in Latin America.

Worst thing is that Paraguay:

…is the second poorest country in South America.

The poverty on the streets of Asuncion can be disconcerting the first time you visit. 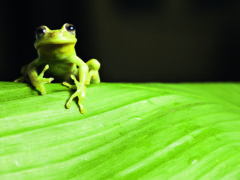 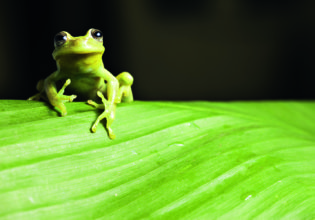 Tatyana Leonov finds herself deep in the Amazon jungle to find out why this remote location is such a bucket-list experience. (more…)...