Victoria Falls from every angle 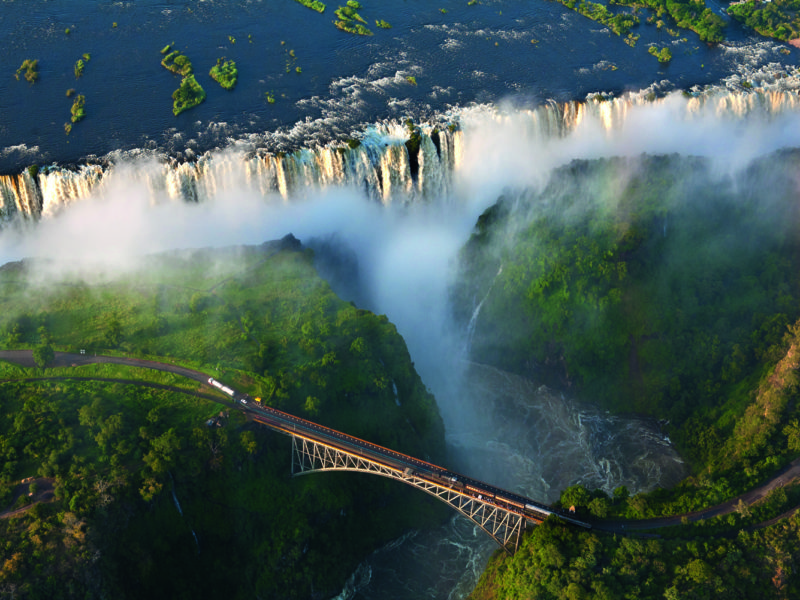 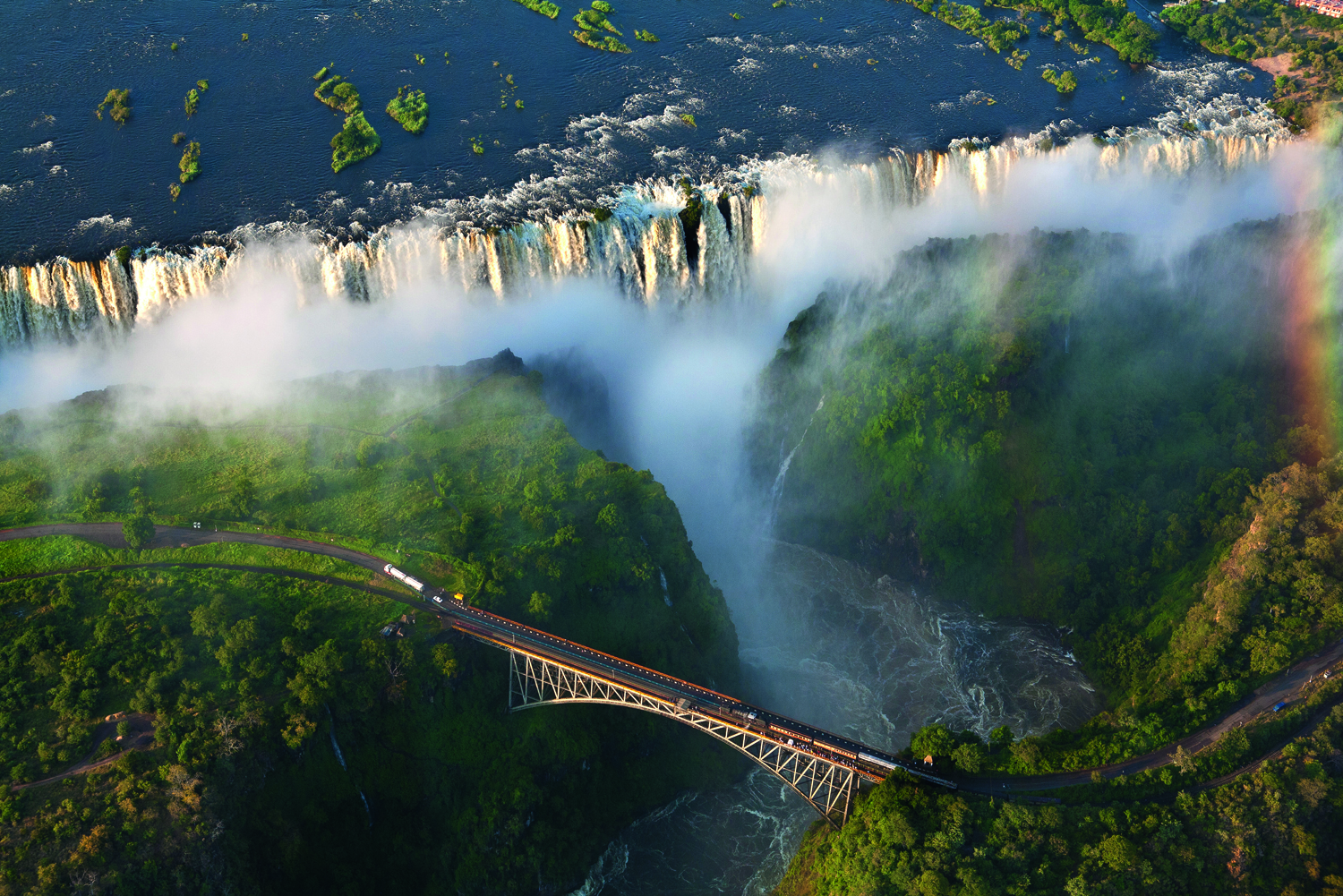 Victoria Falls in Zambia from above.

On a recent visit to Southern Africa, Justin Wastnage took a thundering look – from under, alongside and floating high above – at the world’s largest sheet of plummeting water: Victoria Falls.

When David, a carpenter in an African village, displayed his knowledge of Australia by talking about kangaroos, it was endearing.

Koalas he knew, too. And echidnas and platypuses and cassowaries. Indeed, David was quite the expert on all of our fauna.

He and other villagers in Mukuni were hard at work carving the wooden animals that many of our tourist shops stock, having won the contract from a passing Australian businessman.

This is not the first surprise Zambia has in store for me.

Mukuni is 10km southeast of the Zambian frontier town of Livingstone, and is a shining example of the local economic boom that saw tourists opt for it over Victoria Falls, its better-known Zimbabwean twin across the border.

Once the launch pad for adventure sports ­using the mighty Zambesi as backdrop, the city of ­Victoria Falls is now struggling to regain its ­status following a decade of visitors steering clear of Robert Mugabe’s failed experiment.

Livingstone, meanwhile, has flourished, responding to the influx of thrill-seekers with a swag of hotel openings and new attractions.

Rooms here are in short supply, while on the Zimbabwean side of the famous railway bridge straddling the second gorge of the falls, grand hotels, resorts and country clubs lie half empty.

I’m able to observe this firsthand from a microlight aircraft flown over the falls and into Zimbabwean airspace.

The aerodrome, according to its South African owner, was once housed on the Zim side, “before the situation got bad”.

Things have improved, he adds, but now all the business appears to be on the Zambian side.

With Australian aircraft, South African maintenance standards and young NewZealand, European and American pilots, there ought not to be anything to worry about – yet plenty of passengers chicken out when confronted with the powered hand glider that takes you soaring high above the world’s largest waterfall.

Jan, our Dutch pilot, whisks us up into the warm African skies seconds after the harness is clipped in, leaving no time for second thoughts.

In a microlight there are no windows, walls or cockpit to protect you from the elements, so here I am, dangling in the air as we circle above, around and through the clouds of mist surrounding Mosi-oa-Tunya – or “the smoke that thunders” in the local Lozi language.

The sensation is exhilarating.

Wind rushes through my hair while the blistering sun burns down on my arms.

Although the majesty that led David Livingstone to the falls is clear from the air, to really appreciate them, you must get wet.

The walk through Mosi-oa-Tunya National Park starts off as uneventful as many a stroll in a national park might.

But when you reach the poncho rental station a kilometre or so in, you begin to realise this will be no walk in the proverbial park.

Unlike the world’s two other great waterfalls, Niagara and Iguazu, a lightweight plastic poncho simply will not suffice.

All outer clothing, bags and footwear must be surrendered in exchange for the kind of heavy duty kit last seen worn by the ill-fated crew from The Perfect Storm.

What Zambia won in that great colonial game of cartography – a seemingly arbitrary contest that sees Botswana and a sliver of Namibia also converge near the Zambesi that marks the Zim-Zam border – was the first gorge in the falls.

Also just inside Zambia’s territory you’ll find the only accessible spot from which you can walk near the cascade.

Our guide, Blessed, leads us around the tropical rainforest that thrives in the permanent mist of the falls. But drama hides around the corner, as we cross the Knife Edge Bridge.

Constructed during the first tourism boom of the 1960s, the stone bridge crossing the falls at their 100-metre-drop finest is now carpeted with a thick layer of slimy moss, which adds to the challenge of crossing in the virtual rainstorm that is the waterfall bounce-back.

So ferocious is the spray that it stings our eyes, hands and cheeks.

We cling to the railings and walk blindly through the fog of steamy jets.

Then suddenly we are safely on firm, if not dry, land once more.

The cliff tops are also a haven for rare birdlife and hardy mammals that somehow made it across the ravine before the narrow bridge was constructed.

It’s literally an island of tranquillity amid the most brutal of mother nature’s inventions, witnessed down below at the Boiling Pot, a swirling pool of foamy, frothing water with unfortunate river creatures regurgitating around and around.

Look up, though, and from here you can ­capture the true beauty of the falls, which drop not from a mountain range as elsewhere, but from a dry, flat plateau.

Twice the width of ­Niagara’s Horseshoe Falls and a third taller than Iguazu, the sheer curtain of water stretching almost two kilometres is almost impossible to comprehend.

Over a million litres flow over its edge every second, or the equivalent of one Olympic swimming pool every two seconds.

You cannot see the bottom of the wall of water, or even halfway up the fall, when the mist is at its worst.

Standing looking at the cataract, it’s even more remarkable how placid the mighty Zambesi is at the top of the falls.

There’s a natural rock pool a mere two metres from the edge – Devil’s Pool – for real thrill-seekers to take a dip, such is the laziness in which the Zambesi meanders its way through the savannahs and plains of Southern Africa before
accidentally falling off the giant ledge.

Like many a frontier town, the animal life on the upper Zambezi is abundant, with crocodiles swimming right up to the edge of the falls in search of panicked prey.

From the air, strapped into the flying lawnmower, I spotted dozens of the reptiles baking on the banks.

Later in the evening, on a sunset cruise from the plush faux-colonial Royal ­Livingstone Resort & Spa, the rest of the river’s teeming wildlife emerges.

Hippos take their baths unworried by the crocs, while warier zebras look on.

The monkeys are cavalier, swinging from vine to vine until a single missed grip, a shriek and a plop is followed by a surge in the water below the boat.

The Royal Livingstone, one of several hotels built in the late 2000s in response to the Zimbabwean exodus, is flawless in ways that five star hotels elsewhere should envy.

Service is impeccable, the food is amazing and the choice of drinks excellent.

But the real magic is reserved for its terrace, jutting out over the Zambesi, which is lit by the light of a thousand stars once the sun sets.

The skies are bigger in Africa, and biggest of all by the biggest falls of all.

Tongabezi Lodge .
Upriver of the falls on the Zambezi banks
$470/night; tongabezi.com

1. Take an elephant back trail through some of the otherwise inaccessible riverine bushland.

2. Visit a working village to see Africa’s entrepreneurs at work and to shatter your preconceptions of the continent.

3. Take the not-so-aptly named Zambesi Express, which takes 16 hours to meander the 575km from Livingstone to capital Lusaka, but is a remnant of colonial engineering genius.

4. Take a microlight over Victoria Falls to feel the exhilaration if being carried by a lawnmower engine-powered kite.

5. Send a postcard from Livingstone, I presume.

Few Australians make it any further north than South Africa.

Taking photos of shops and people can illicit calls for payment, especially if you didn’t ask permission. 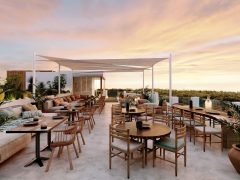 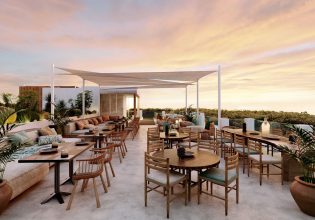