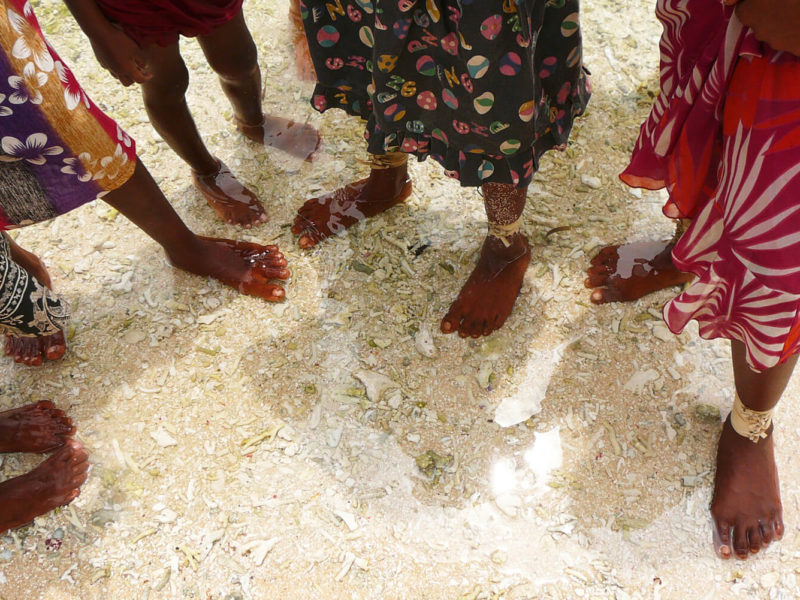 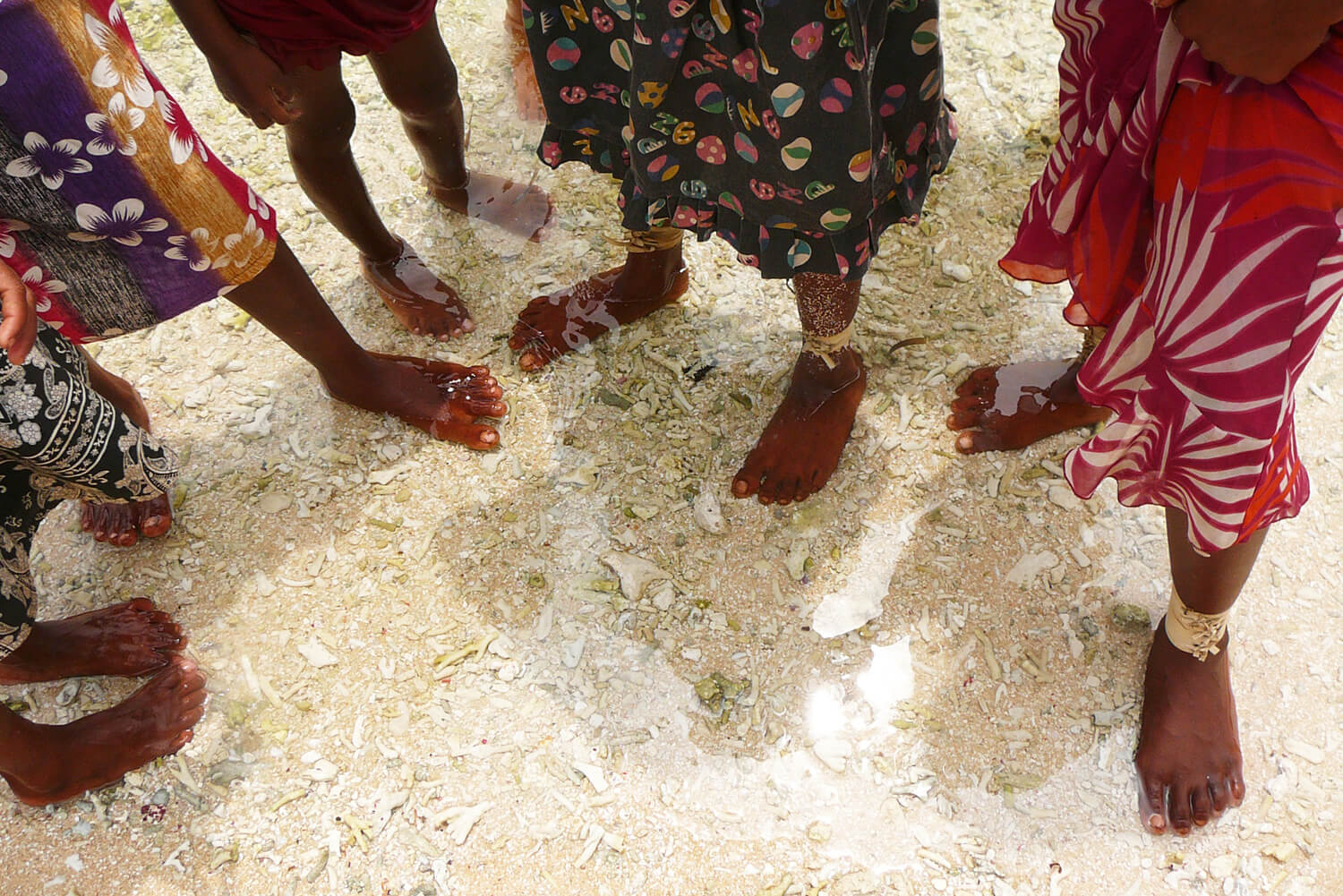 The best way to witness the exotic world of Papua New Guinea is on a cruise to its eastern islands and a place of legendary beauty, Daniel Down almost finds.

You’re not going there too?

It was an incredibly unlikely coincidence that my father had booked a voyage to the exact same speck of land off the coast of Papua New Guinea that I was heading to on my own voyage just
three weeks later.

His admission didn’t detract from my excitement.

The start of a journey by ship holds a certain romance that you don’t get when travelling by plane or even train.

It harks back to a golden age of exploration, of sailing through dangerous waters to reach exotic cultures and lands of mythical beauty.

Leaving Cairns, passing through a channel carved through mangroves and chaperoned by a family of humpbacks, I felt the grip of adventure taking hold, even as I enjoyed the view from several storeys up on the teak deck of P&O Cruises’ Pacific Eden.

Just as my father had three weeks earlier, I was making my way to the wild land of Papua New Guinea, the closest country to Australia yet an unknown entity for many.

A cruise is perhaps now the easiest and safest way to see some of its many treasures; bypassing the capital Port Moresby, which has earned itself a dubious reputation.

“Beautiful, absolutely staggering… the colour of the water; the sand,” my father had raved about the Conflict Islands on his triumphant return, carrying on like Rudyard Kipling with tales of some lost kingdom in the Far East.

And here I was now, watching the sun set on the Pacific, lulled by the gentle rocking of the massive ship cutting effortlessly through the ocean; and over that horizon, the Conflict Islands; my Shangri-La.

After a night exploring the ship and a lecture in the grand performance space on Papua’s tumultuous history of colonisation, we pull into Alotau, the port capital of the Milne Bay region in the country’s south-eastern tip.

It was a tent city of US and Australian troops during the war and the site of Japan’s first land defeat.

Today, it’s hot and humid and we’re whisked straight into the ramshackle, crumbling town that’s slowly being engulfed by the jungle.

At a cultural centre it’s not hard to see why the peoples of Papua New Guinea are described as being the most decorated on Earth as we watch displays of traditional dance from various tribes.

Orange contrasts with the inky black of a cassowary plume in the headdresses made from the feathers of birds of paradise.

There’s an ancient beauty to the performances; it’s perverse to think that this land of over 800 languages, the last heavily populated place on the planet to be explored, was ruled by Australia until it gained independence in 1975.

Later that day a long drive up the coast, crossing dilapidated bridges built by US troops, delivers us to a jetty.

We catch a boat, cruising along the wild coast with our legs dangling over the side, and arrive at a cove that encapsulates how I imagined the country: a crescent of white sand bordered by rainforest-covered mountains, a pod of spinner dolphins joining us as local children run from a couple of beachside huts to paddle excitedly towards us in outrigger canoes.

The Pacific Eden carries us on an island hop towards our ultimate goal of the Conflicts, and the next two days are spent encountering the wonderful people of the Trobriand Islands: all betel nut-stained toothy smiles and a sincere desire to show you their small worlds; some have never set foot on the mainland.

On Kitava, the locals are ready with their carved offerings as well as outrigger sailing boats to ferry you across a 300-metre channel to tiny Nuratu Island where you can sit awhile under a palm tree, snorkel and walk its circumference.

On neighbouring Kiriwina, I feel I’ve stumbled on a peculiar anthropological mystery as a bizarre game of cricket gets underway in the beachside village of Kaibola.

One of my fellow passengers is in bat, while what seems to be all the young men of the village in traditional dress oppose him in front of a large crowd of locals, and what seems like all of the cruise ship passengers to boot.

The game can last for days, there are unlimited players on each team, and the army of fielders spontaneously breaks out into a kind of haka, perhaps a form of Papua New Guinean sledging.

I ask a weathered old man called Lucas – who seems to be the coach – how long the game has been played. “Over 100 years,” he says.

Curiously, considering all the war-like posturing and elaborate dress of the men during the cricket, Kiriwina has a matriarchal society.

Women enjoy a higher status and I’m told by a boy who shows me his home that when a chief dies the title is passed onto the brother-in-law, thereby favouring the female strain of the family.

Next stop are the 21 islands that comprise the coral atoll of the Conflicts; in fact nothing to do with some Second World War battle – they were simply named by the captain of the HM survey ship The Conflict in 1886.

We’re steaming towards them, a perfect day; I’d soon be walking on pure white spits of sand, snorkelling over pristine reefs.

In fact there is an exclusive resort on the atoll, the entirety of which is owned by the unlikely eco-warrior, Ian Gowrie-Smith, who made millions developing mining and pharmaceutical companies among others.

He’s been at war with fishermen here who have been killing the turtles, going so far as to set their beach huts on fire.

Then the captain announces that the seas are too rough to let the tender boats ferry us to heaven, tantalisingly close though it is, and my father’s dreamy words of recollection come flooding back.

“The colour of the water; the sand!” I murmur through gritted teeth, staring at a white bar on the horizon.

And with that, the Conflicts remain a Shambala for me – a perfect place in my mind. And after all, it’s the getting there that counts.

"We’ve travelled the world looking for this. It’s beautiful, it’s untouched and we just have to be here." Steve Jacobs gives us the insider secr...

There's fun and sun enough for the whole family on the luxe Fijian island resort of Vomo. We see them at shore’s edge, watching as our six-seater...