10 magnificent waterfalls in Fiji worthy of a hike 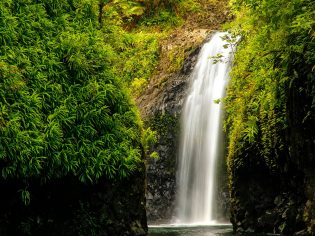 The one natural wonder most travellers miss in Fiji.

Fiji is renowned for its beach resorts, tropical islands and amazing reef, yet there’s one stunning natural feature most visitors to the South Pacific Island chain seem to miss: the spectacular waterfalls that cascade and carve their way through the lush jungle interior, creating blissfully cool swimming holes.

Fed by thick humidity and tropical rainstorms that blanket the mountains and valleys, the volume of water found at each waterfall increases during the rainy season from November to April, making some hiking trails more difficult to access. If you plan to chase waterfalls, remember to pack a sturdy pair of shoes for hiking, a little insect repellent, and be sure to check if the waterfall you plan to visit is on private land or not – respectfully seeking permission is always better than asking forgiveness.

Located on the Garden Island of Taveuni in Bouma National Heritage Park, the Tavora Waterfalls, also referred to as Bouma Falls, offer one of Fiji’s best waterfall experiences. Tavora Falls consists of a series of three falls set across an elevated jungle landscape. The first set of cascades are easily accessible along a flat walk from the car park, while the next two upper falls are a more challenging hike upwards to reach. However, those that do make the climb can sample the deep swimming holes at the foot of each waterfall. 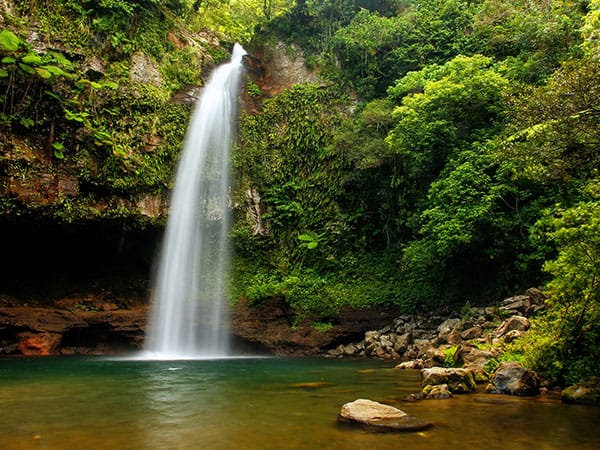 The Tavora Waterfalls offer one of Fiji’s best waterfall experiences.

Also located on Taveuni, Waitavala is a little different from Fiji’s other waterfalls: instead of just being a waterfall, it’s also a naturally-formed rock waterslide, with each smooth cascade depositing thrill-seekers into rock pools on the way down. Accessible from the road via a 10-minute jungle walk, the waterfall is located on privately owned land, so it’s best to seek permission from the local chief for access – and to ask the locals where some of the bumpier bits are to look out for as you slide down.

Taveuni is home to many of Fiji’s spectacular waterfalls.

Like a little adventure? Wainibau Falls, located at the end of the five-kilometre-long Lavena Coastal Trail on the south-eastern coast of Taveuni should fit the bill. The rewarding trail includes beach treks, river crossings, rickety bridges, and jungle trails, passing through small local villages and ending at Wainibau falls. However, to reach the falls you’ll have to swim through a narrow gorge where you’ll find not one, but two separate cascades forming a deep swimming hole.

You’ll have to swim through a narrow gorge to reach the falls.

A short drive north from the Fijian capital of Suva, Waisila Falls is a 10-metre-high cascade located in Colo-i-Suva Forest Park. The 750-metre-walk through the jungle to the falls is relatively easy to navigate, while the upper areas of the Falls are easily accessible by a set of stairs. A number of swimming spots are located along the path leading to the falls, and it’s a popular spot for local families on weekends. 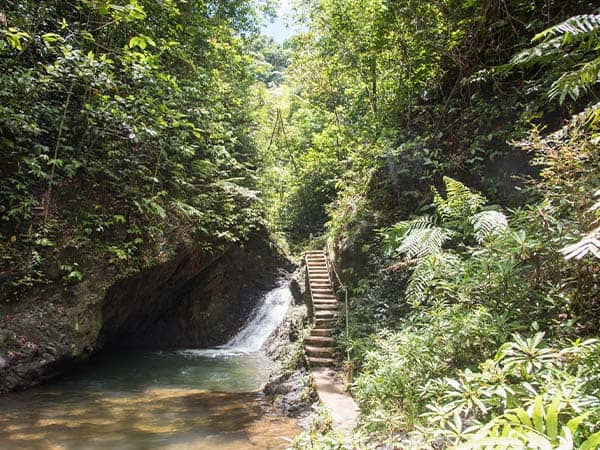 There’s a 750-metre-walk through the jungle to the falls.

The twenty-metre high Biausevu waterfall is a short hike from Biausevu village in the Sigatoka region of the Big Island. After paying their respects at the village, visitors keen to see the waterfall can take a short hike two kilometres inland to reach the falls, or for an extra taste of adventure they can go on horseback through the jungle, finishing with a swim at the base of the falls. Many operators and resorts offer tours to the falls. 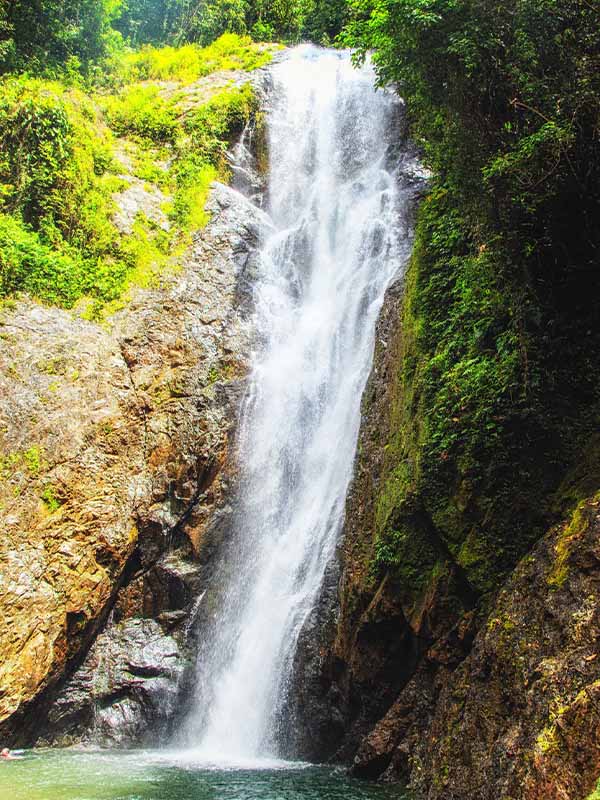 Visitors keen to see the waterfall can take a short hike two kilometres inland to reach the falls.

Best visited during the wet season when the water levels are higher, Orchid Falls is an easily accessible waterfall located a half hour’s drive north of Nadi, just near the Sleeping Giant Zipline and Sabuto mud pools. There is a small fee payable to access the paved path that leads to the falls, and once you’re there, there’s a plunge pool at the bottom for you to cool off in. 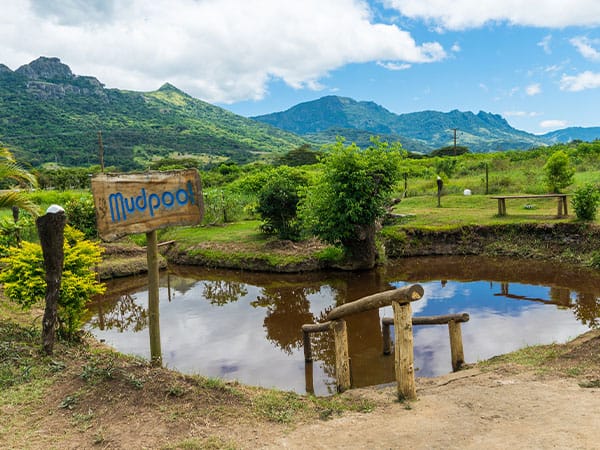 Take a side trip to the Sabuto mud pools.

One of Fiji’s biggest waterfalls is also one of its most remote and getting there is half the adventure. Located in the Koroyanitu National Heritage Park in the north of Viti Levu, the Savu-I-Onewaterfall is a two-hour hike inland from Abaca Village. It’s largely signposted, and reaching the village itself requires a 4WD or tour (and a little bit of determination). The hike to reach the falls is an uneven one through the jungle and involves some scrambling over slippery rocks, but the view of the multi-tiered falls is worth it. 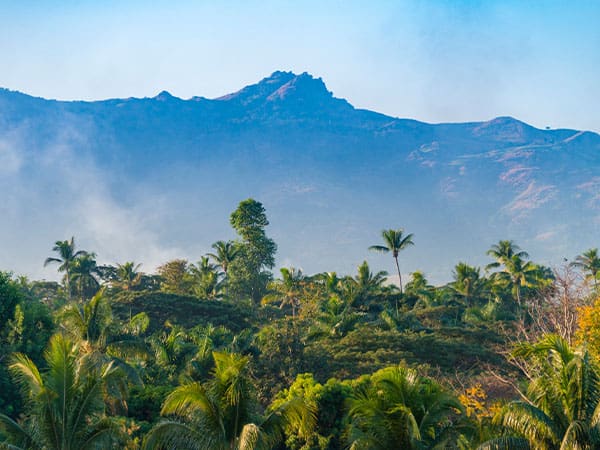 See one of Fiji’s biggest waterfalls in the Koroyanitu National Heritage Park.

Located on the island of Vanua Levu near Savusavu, Nagawaga Waterfall is accessible by a steep, and occasionally challenging 30–45-minute uphill hike through the jungle. Depending on the season, the waterfall can be a trickle or a gush, and while you can swim behind the falls, be mindful of how strong the current is during the rainy season. 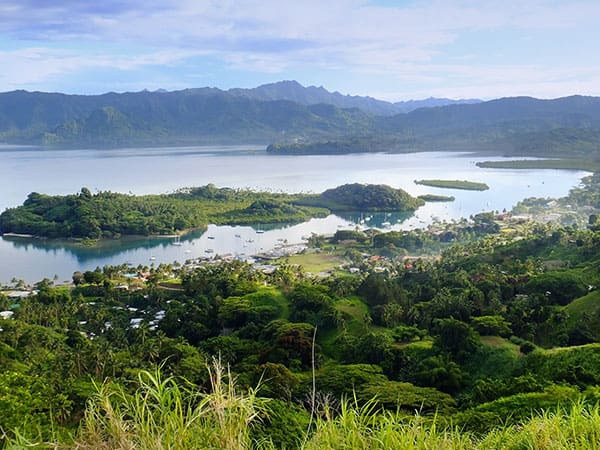 Nagawaga Waterfall is located on the island of Vanua Levu near Savusavu.

Located on the King’s Road in the north-Eastern part of Viti Levu, Uru’s Waterfall is an easily accessible waterfall and picnic spot popular with locals. A small road bridge passes over the waterfalls, which consist of multiple falls with small pools cascading into a larger swimming spot. 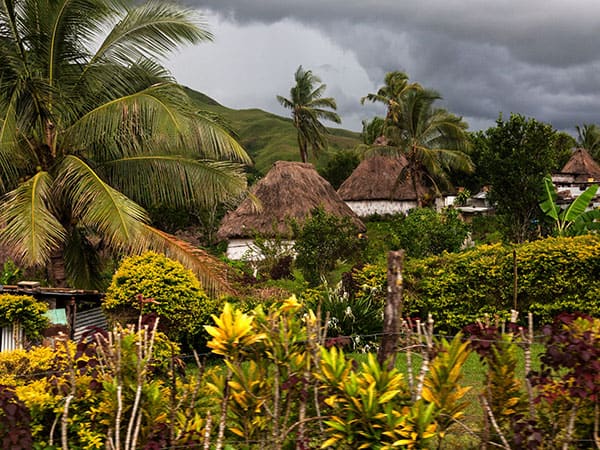 Access Uru’s Waterfall by heading to the north-Eastern part of Viti Levu.

A day trip inland from Nadi, Nabalsere Waterfall plunges 70 metres down into a deep swimming hole carved by water pressure over thousands of years. The impressive falls, a short hike from Nabalsere village near Rakiraki, are largely uncrowded and are accessible via organised tours. 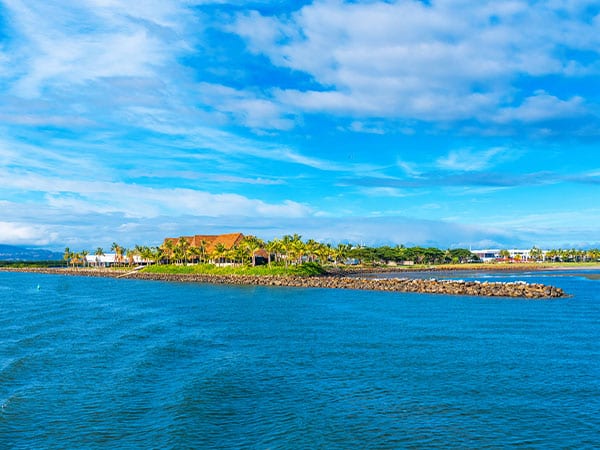 The impressive falls is only a day trip inland from Nadi. 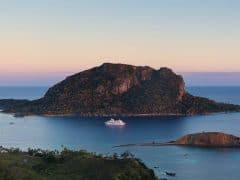 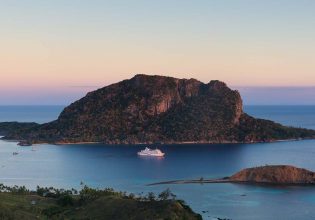 Why small ship cruising is the best way to see Fiji

The reasons to explore Fiji’s islands onboard a small cruise ship are stacking up. Cruise ships are returning to ports around the world and it's ok... 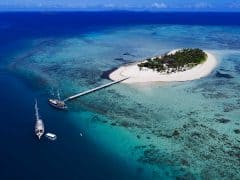 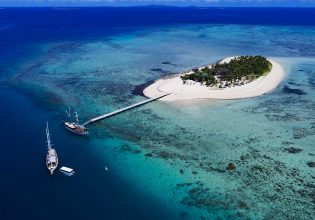 Everything you need to know about returning to Fiji

It couldn’t be more exciting to have Fiji back on our travel radars. But there are a few things we need to know – and plenty of resorts, tours and... 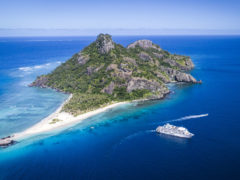 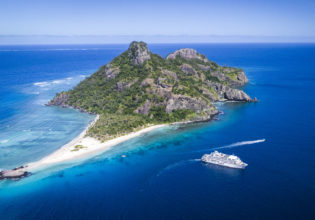 Travelling consciously can be as simple as choosing an operator who’s doing it, too. More and more people are choosing to travel and increasingly t... 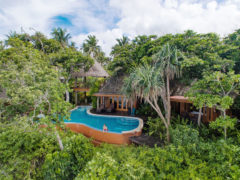 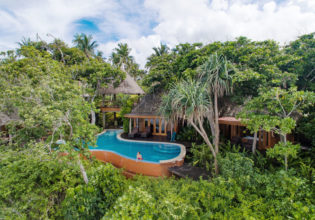 Tucked away in a 212-hectare expanse of palm-fringed private beaches and breathtaking rainforest in Fiji’s northern island of Vanua Levu, is the all...