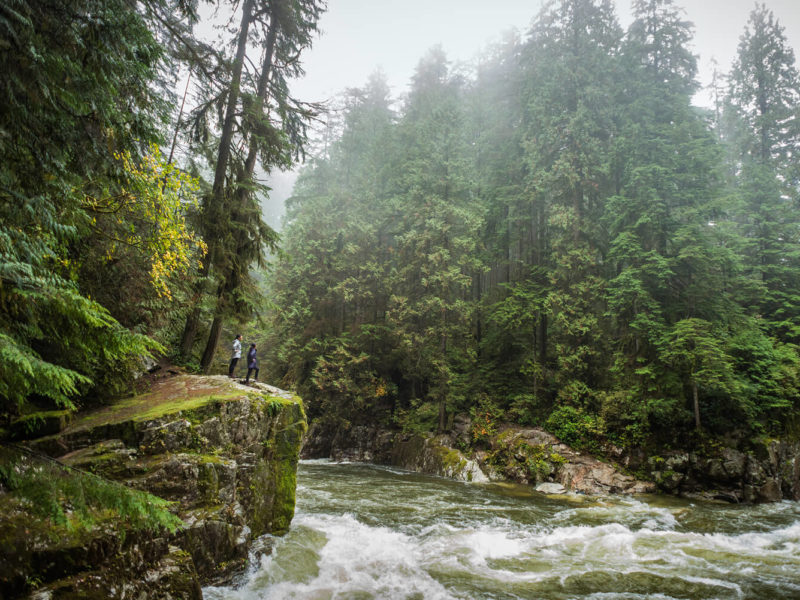 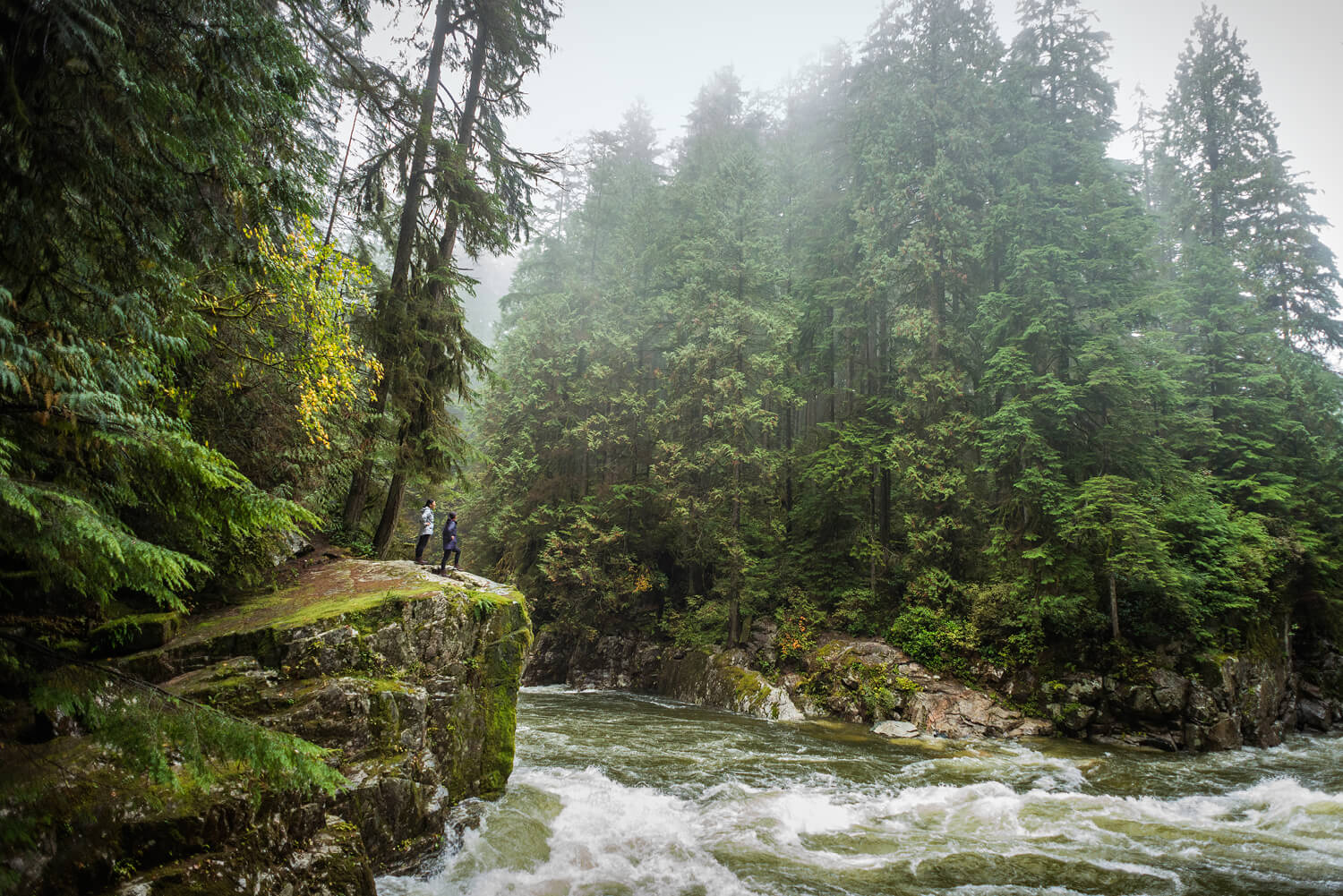 In this digital age, where travel has become synonymous with social media and selfies, what are our responsibilities to the places we photograph and post about?

In this digital age, where travel has become synonymous with social media and selfies, what are our responsibilities to the places we photograph and post about? Alissa Jenkins recently found out first hand in Canada’s BC wilderness.

“Bear spray? Of course we can buy some, but I doubt we’ll need it,” reassures my hiking buddy as we drive into Pemberton, a rural township near Whistler, dwarfed by snow-capped mountains in British Columbia’s Sea to Sky Corridor.

“I’ve hiked here a bunch of times over the years and I’ve never had an issue.”

We pass a road sign warning hikers, like ourselves, that they’ve entered into “Grizzly territory.”  It’s early spring, wildlife is emerging out of hibernation, and I’m too young to die. We get the bear spray.

After another hour spent driving along rutted logging roads, we finally reach the trailhead that leads to a series of hot springs. Like natural hot tubs on the banks of the Upper Lillooet River, it’s the kind of riverside nirvana that’s worth the four-hour journey from Vancouver. But halfway into what is usually a 40-minute walk there, a wide-eyed hiker appears from behind a fir trunk.

“There’s a bear in there,” he warns. He’s not singing the intro to Play School, either. Somewhere between us and the hot springs is a mother black bear and her two cubs.

“They’re getting into someone’s food at the campsite; they didn’t hang it up properly,” he continues. “Best give them 15 minutes or so to pass.”

Half an hour and several pep talks later, we gingerly follow the trail towards the springs, with hopes that enough time has passed for the family to move on. So much for not needing spray here because there, in the middle of a clearing less than 15 metres away, is Mumma Bear, still feasting on leftovers.

She sees us, I freeze. This is far too close. With our stomachs lodged firmly in our throats, we stumble forward beyond the snacking zone without needing to resort to the spray trigger. Thankfully, this Australian morsel isn’t worth ditching the packet of cookies for.

We arrive at the hot springs which, despite the close encounter en route, are breathtaking in the best possible way. Submerging this racing heart in the broiling waters, soothed by the gushing river below and the towering fir trees that surround, we’re not the only ones who’ve come to soak in it today.

“I’ve never seen this place with so many people,” whispers my hiking buddy as another couple arrives, joining a handful of other spring dwellers.

Up until the last couple years, he explains, these springs were a relative secret, primarily frequented by Pemberton locals and hikers in the know. That was until a couple of blog posts revealed the name and location of the springs, which spread like wildfire across social media. But in opening the doors to a whole new population of curious visitors, it has also ignited a clash between social media and social responsibility.

On one hand, many may argue that it’s positive to see more and more people appreciating and accessing the natural beauty that British Columbia has to offer. But on the flipside, this widened demographic isn’t necessarily equipped with the information and know-how to protect such secluded sites that have been thrown into the media spotlight. Today is a prime example of how it only takes one ill-informed person to cause a potentially dangerous situation. The night before we arrived, two backpackers had stayed in the nearby campsite but failed to store and hang their food properly, which had lured the bears unusually close. It’s not the first time this has happened either.

Two days later, the trail is officially closed to the public, for the safety of everyone (and has remained closed at the time of publication).

It’s a predicament that’s been seen far too many times, not just in BC, but across the globe; isolated destinations that have remained famously pristine due to their low profile, which ironically, is then diminished once high volumes of people learn about them.

So as travellers, where do we draw the line between encouraging our peers to experience just how beautiful this world is, or remaining tight-lipped so as to avoid further environmental damage?

In June 2017, another BC locale fell victim to too many people with too little information (or perhaps respect). Joffre Lake, which has also seen a traffic explosion in recent years thanks to its stunning surrounds and accessibility for Vancouverites, made headlines for all the wrong reasons. Two local hikers were so horrified to find an abundance of rubbish that had accumulated on the popular trail that they collected 15 kilograms worth alone. It’s these kinds of incidents that overshadow the magnificent landscapes of BC, and how lucky we are to be able to experience them.

So where does that leave us, the nature-loving, smartphone-wielding travellers of 2018? It would be hypocritical to suggest that these places should remain a secret, kept by a privy few, and unrealistic to put a blanket social media ban on them. What we can do, however, is find a middle ground where we still experience these destinations in all their Instagrammable glory, but in a way that protects their longevity. It’s time for us to wise up, do it right, and spread the good word, not the damage.

PACK IT IN, PACK IT OUT
It’s crazy that in 2018 we’re still having this conversation about litter, but it still happens and it adds up. With every single item you bring into a campsite/hiking trail/really anywhere that isn’t a rubbish bin, be sure it goes back out with you and is disposed of responsibly. In this day and age, we all know better.

GET SERIOUS ABOUT FOOD STORAGE
In Canada, wildlife is a serious consideration when you’re camping. Do your research and learn how to properly store and hang your food. Even if you’re not staying overnight, it doesn’t take long for wildlife to be attracted to the smell and lives to be put at risk.

BE BEAR AWARE
Sure, in the scheme of things, your chances of having a run-in with a bear are slim, but that doesn’t mean you can remain ignorant when venturing into the Canadian wilderness. Find out what bear species live in the area you’re exploring, and how to best deal with them, if the occasion arises. Best practices do vary between bear species.

GEOTAG MINDFULLY
When we explore spectacular places, like those in BC, our default move is often to whip out the smartphone, take a photo, and add to the online fanfare. But let’s keep a little mystery for these lesser-known gems, and encourage fellow explorers do their research. Try to avoid geotagging the exact location on Instagram, and opt for a more general description nearby.

MAKE SOME NOISE
Avoid surprising wildife by warning them of your presence with speaking, singing and making general noise. Experts suggest that when bears can hear you coming, they’re more likely to exit the area. It’s often when they’re surprised that they get defensive and attacks are more likely.

– 6 news stories that will make you say ‘Oh Canada!’

– 8 things that surprise every Australian traveller in Canada 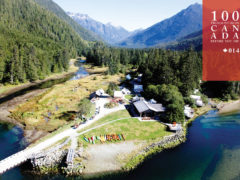 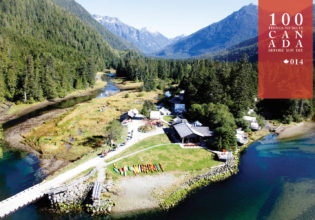 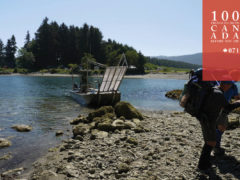 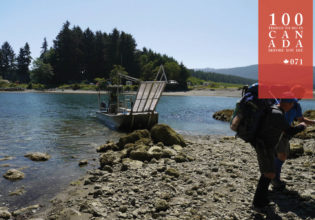 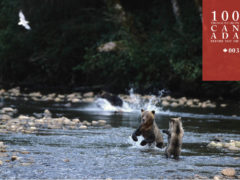 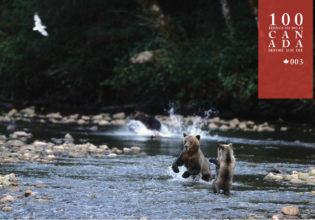