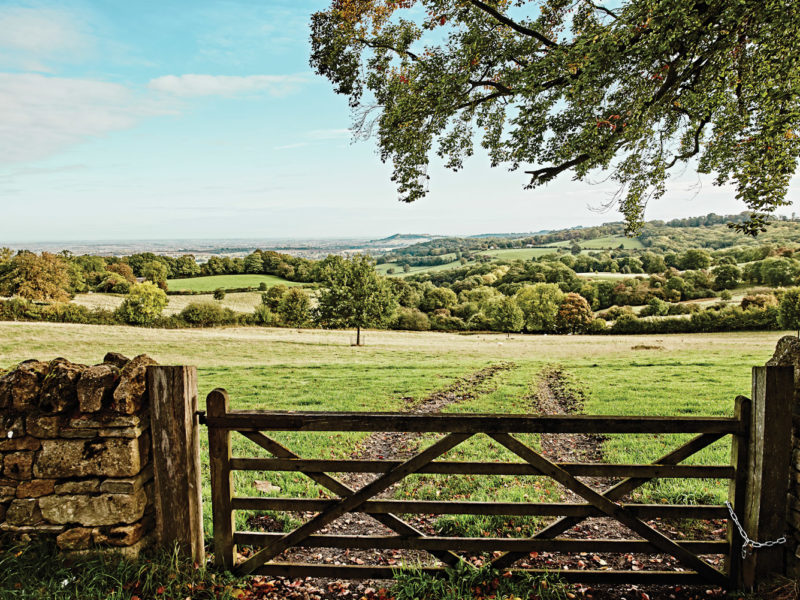 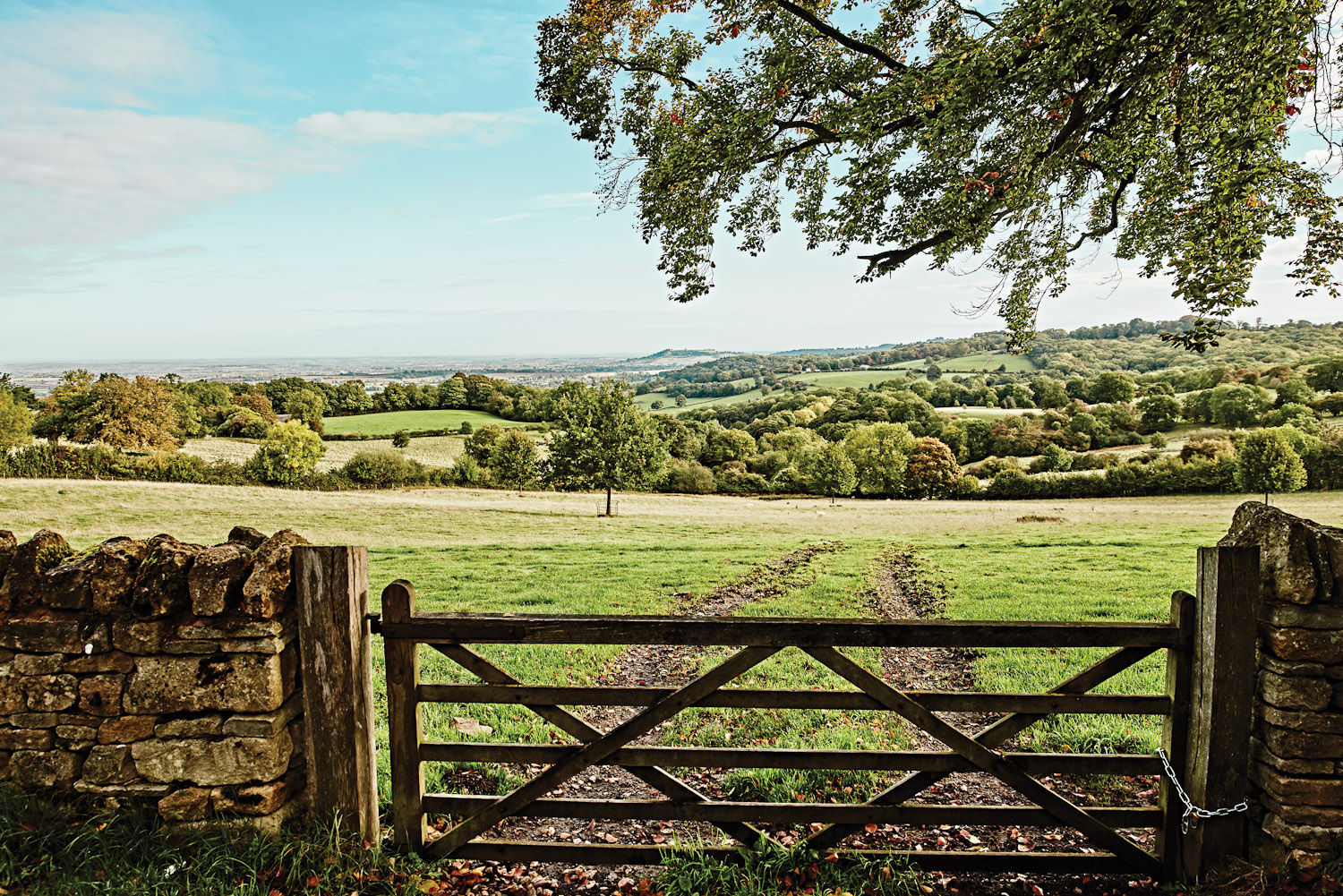 There are many lengthy walks in the Cotswolds, perfect for a sunny day.

In its countryside is where the quintessential charm of England truly comes to the fore. Nowhere is this more illustrative of the point than the Cotswolds, a confection of green fields and ridiculously pretty villages, all basking in an idyllic pace of life. Words Leigh-Ann Pow.

Laconically stretching over six counties – Wiltshire, Gloucestershire, Oxfordshire, Warwickshire, Worcestershire and Somerset – the Cotswolds are the epitome of an English country idyll. 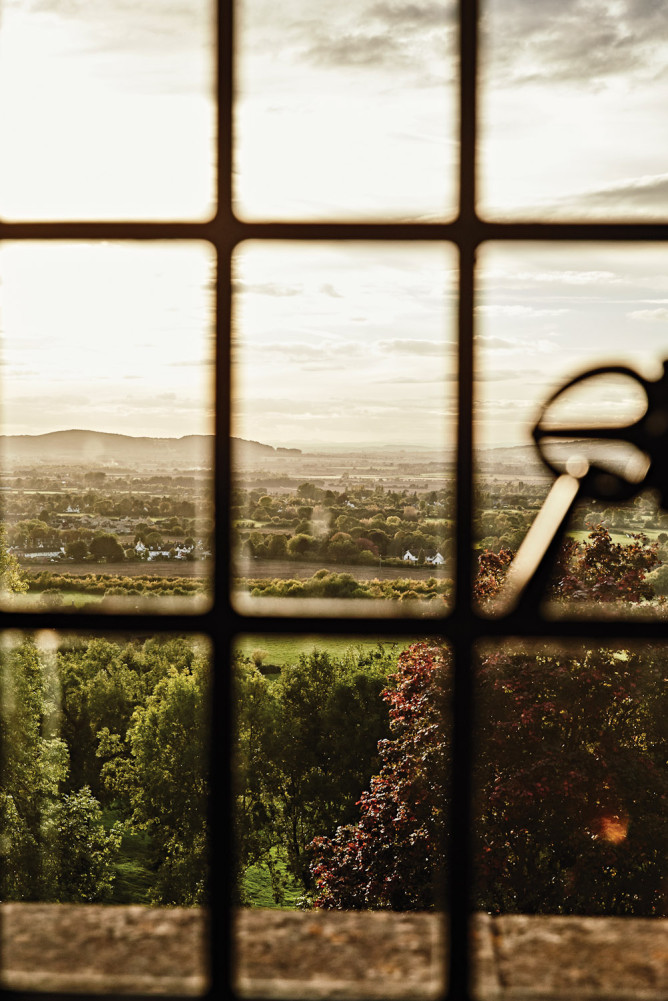 Looking out over the Cotswolds.

With vast expanses of patchwork green fields punctuated by some of the prettiest villages and towns you are ever likely to see, here in England or anywhere else for that matter, the whole place presents like some idealised dream of a rural utopia.

If the cities of England, the likes of London and Manchester, represent the brash face of the country, all colour and noise and movement, it is the countryside that is its true heart. 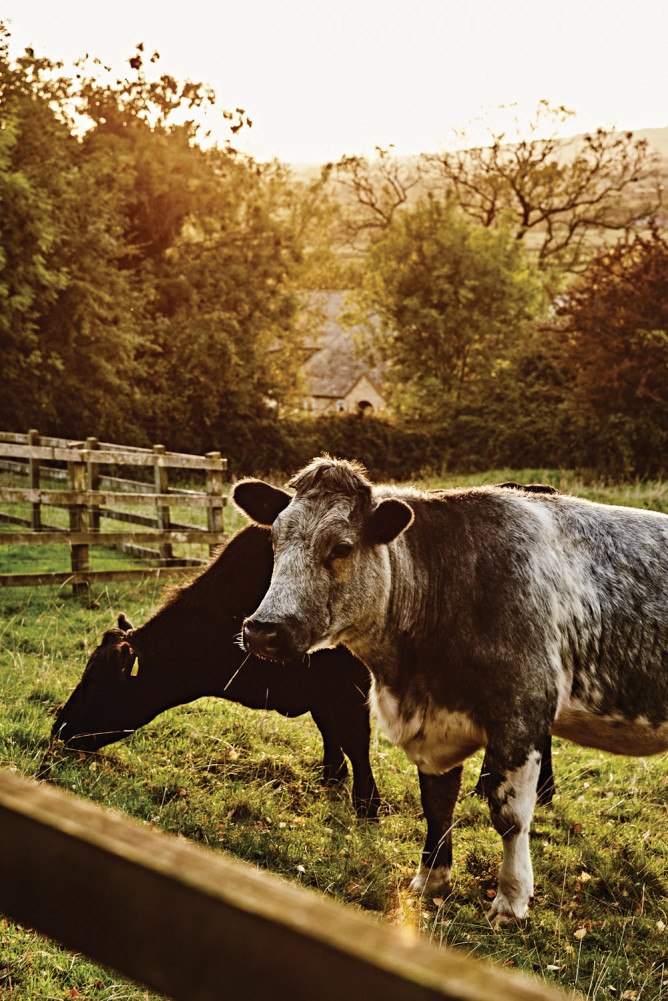 Some of the local Cotswolds residents.

This is where, save for a few modern concessions, you could almost believe that time has effectively stood still, as cattle graze in pastures that have remained unchanged for centuries, buildings of ancient stone sit resolute against change and locals go about their business at a more considered, deliberate pace.

Broadway and its surrounds, a honey-hued village in the Worcestershire area of the Cotswolds is perfectly illustrative of the point. 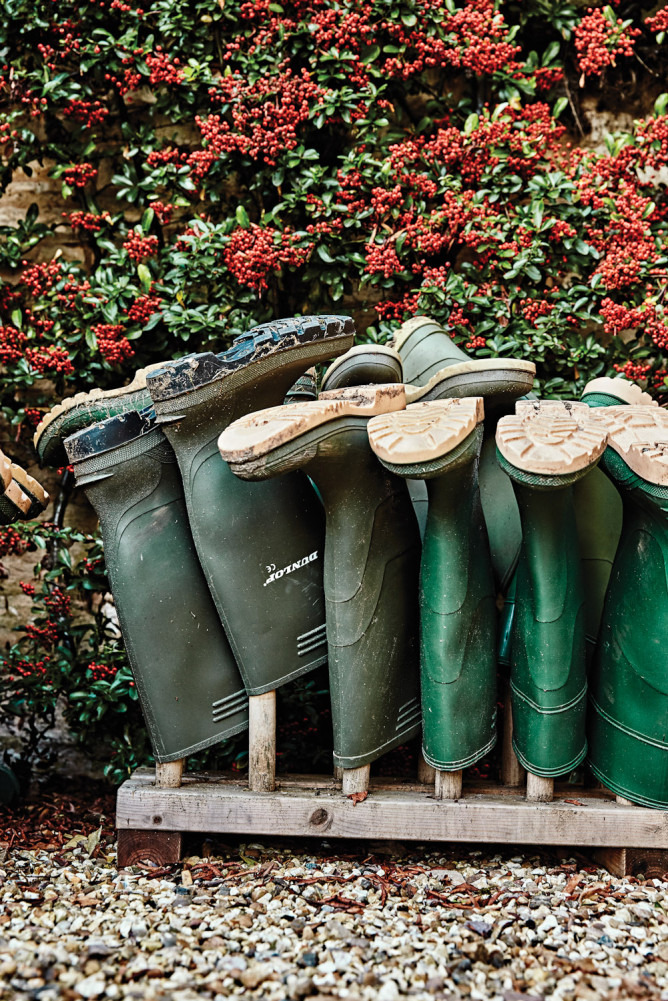 With a delightful high street lined with horse-chestnut trees and period buildings rendered in the distinctive Cotswold stone, Broadway is steeped in history; during the English Civil Wars of the 17th century, Charles I rallied his supporters here while Oliver Cromwell spent the night at The Lygon Arms Hotel prior to the decisive Battle of Worcester in 1651. 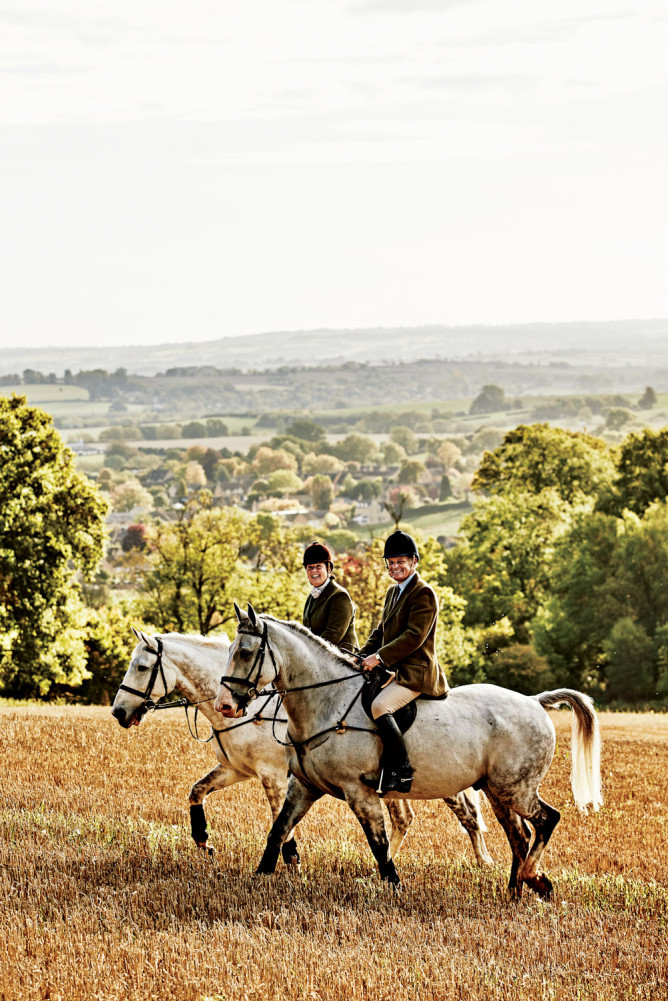 Riders take to the hunt in the countryside around Farncombe Estate, near the picture-postcard village of Broadway.

Sitting on a hill high above the village, Farncombe Estate provides an exquisite base, comprising three different properties, the award-winning boutique farmhouse hotel Dormy House, the stylish yet affordable The Fish Hotel, and the majestic Foxhill Manor, a 1909-built private house hotel, all of which nestle within 160 hectares-plus of estate grounds. 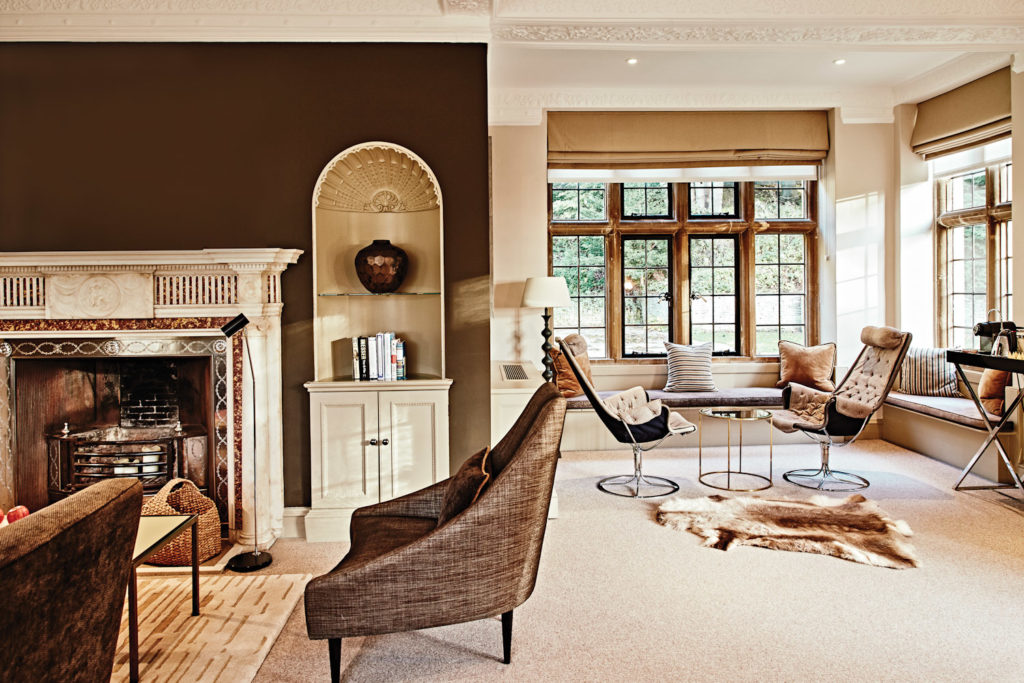 The luxe interiors at Foxhill Manor, one of three accommodation options at Farncombe Estate, outside the picturesque village of Broadway.

Exploring the Cotswolds should be done at a pared-back pace, criss-crossing invisible county borders and stopping to properly absorb its charm. 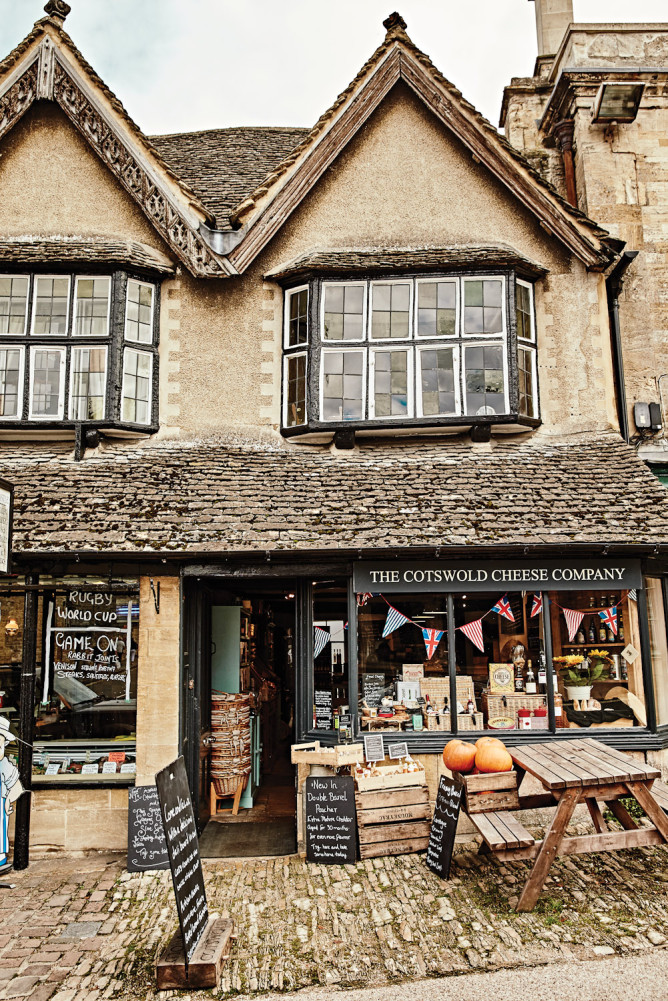 The Cotswold Cheese Company in Burford.

Ridiculously quaint villages like Burford in north Oxfordshire and the evocatively named Lower Slaughter in Gloucestershire encourage you to forget deadlines and schedules in favour of strolling in and out of little specialty shops, pausing over morning tea, or whiling away the afternoon in a sun-drenched beer garden, slowly working your way through a hearty ploughman’s lunch of local cheeses, meats and bread, and sipping on an ale. 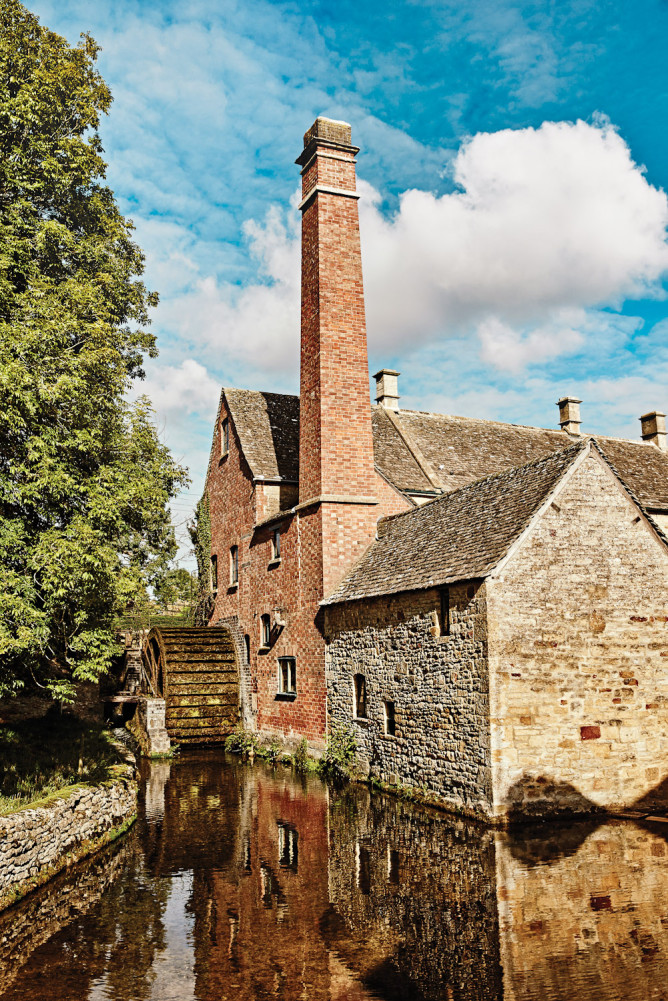 The Old Mill at Lower Slaughter.

And when you have finished marvelling at the man-made beauty of the Cotswolds, the nature that surrounds it all comes to the fore again in all its captivating glory.

It can best be viewed from the imposing Broadway Tower, situated atop an ancient beacon site just outside of the village itself. 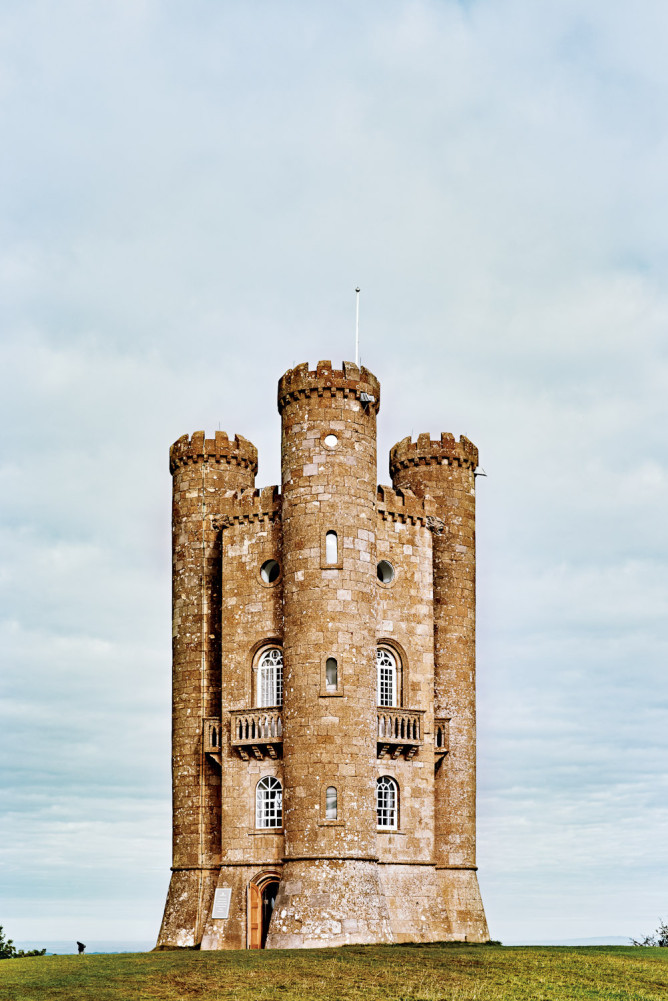 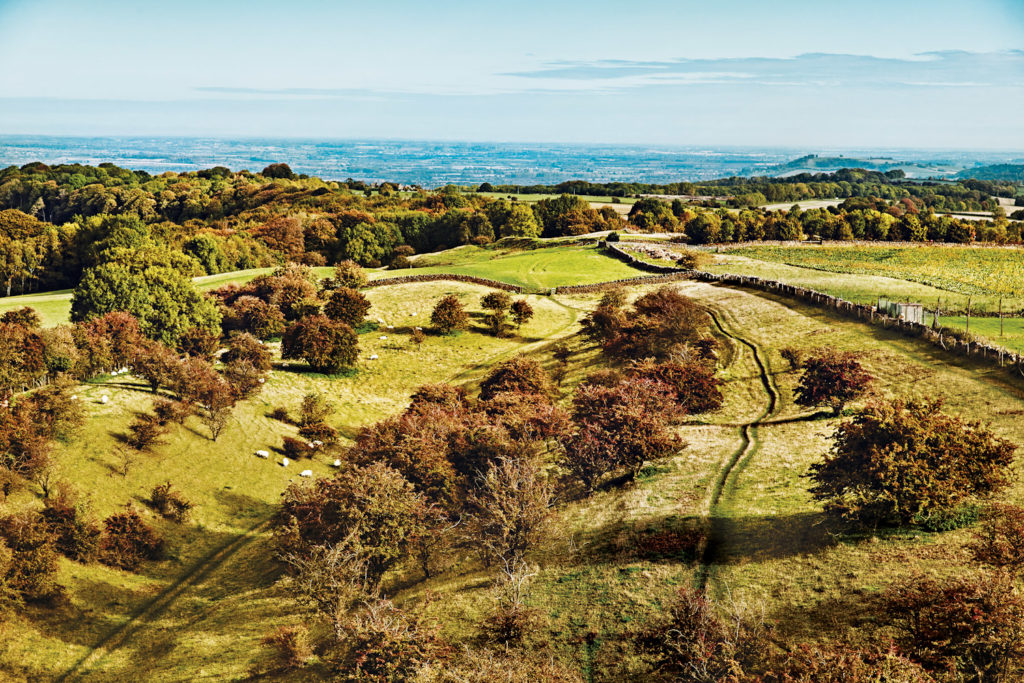 The view across the countryside from the top of Broadway Tower, Middle Hill.

From its summit the view stretches endlessly to the horizon, a medley of varying shades of green during the summer months and autumnal hues as the seasons give way to each other; you can see up to 16 counties from here.

In the hubbub of modern life it is places like the Cotswolds that remind us to take a breath and open our eyes to the wonder of the world. And that is truly idyllic indeed.

Getting there
The Cotswolds is just two hours’ drive north-west of London.

There is also a direct train line between London Paddington and Cheltenham Spa, which also takes two hours. 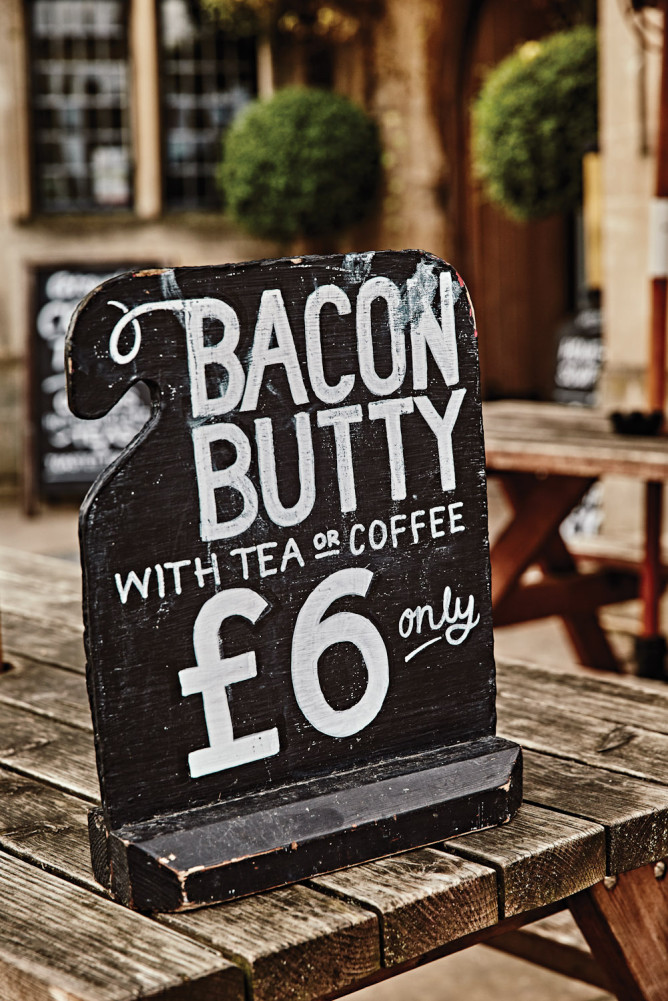 Playing there
Farncombe Estate consists of three properties, the hotel Dormy House (from $514 per night), the farmhouse setting of Foxhill Manor (from $594 per night), and the contemporary country feel of The Fish Hotel (from $170 per night), all including breakfast. farncombeestate.co.uk 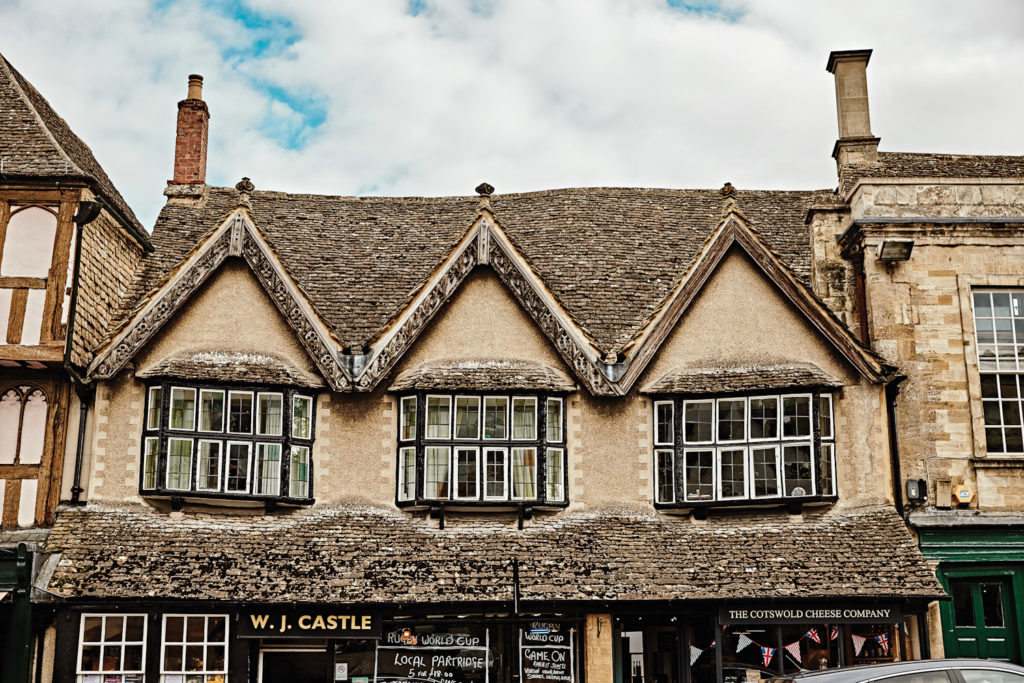