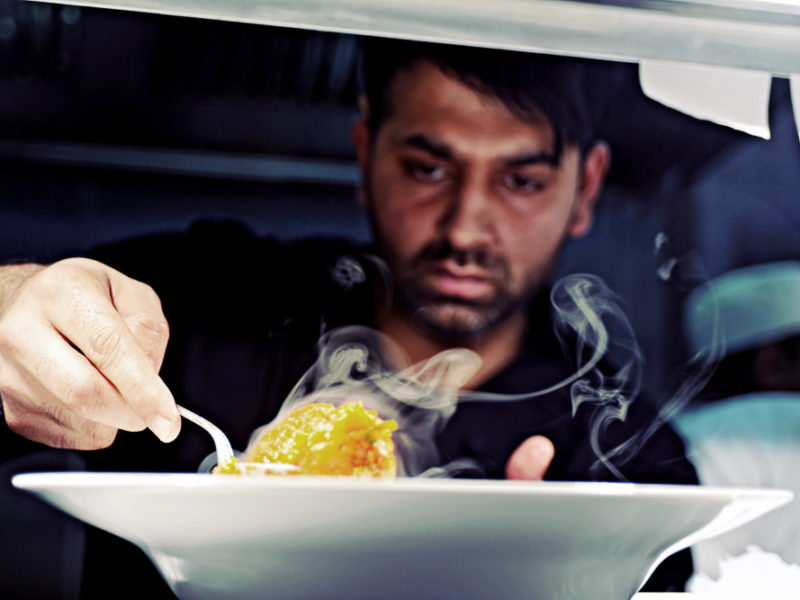 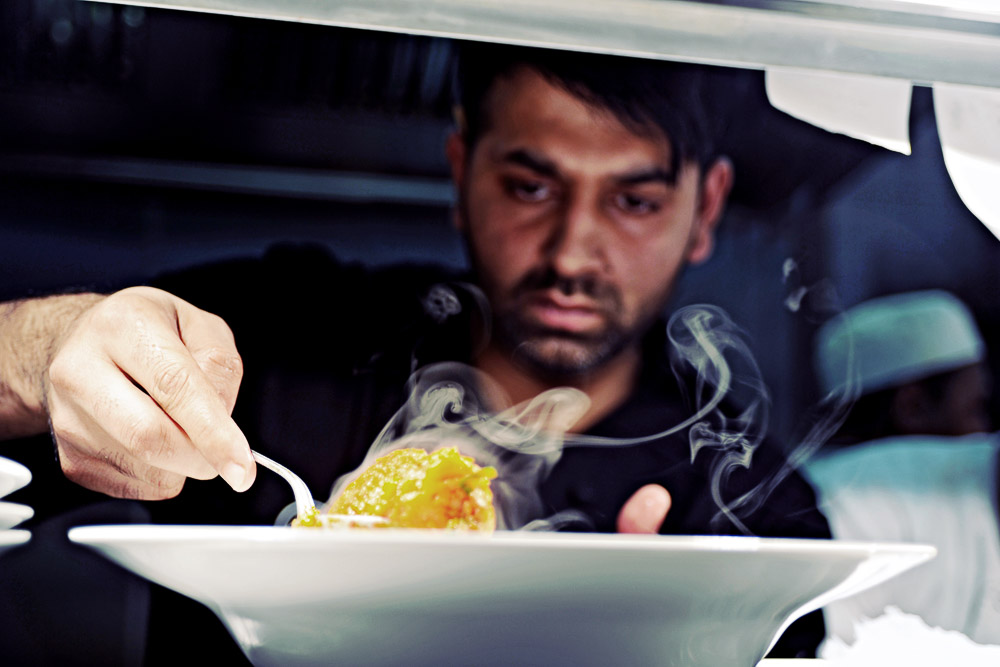 From butter chicken to Vindaloo, these are where to get the best curries in Burmingham…

Birmingham is home to one of the largest British Asian populations in the UK, and there’s simply no better place to eat your body weight than in old Brum, writes Dilvin Yasa. Here’s the best curry houses in Birmingham.

Let’s just come right out and say it; the Brits take their curry very, very seriously.

Not only are there estimated to be more than 12,000 curry houses in the UK (this figure takes into account every establishment, from the 3am roadside huts to the Michelin starred restaurants), there’s even a National Curry Week (to be celebrated in 2017 between October 9th and 15th).

In 2016, the industrial city of Bradford was crowned Curry Capital of Britain for the 5th consecutive year at said National Curry Week, and among those feeling naan-too-impressed with the results were the residents of Birmingham – home to not only the Balti (a type of curry where the meat, vegetables or fish is cooked quickly in a sauce at a high temperate in a steel bowl), but also the Balti Triangle, a colourful strip which features over 100 of the nation’s best curry joints alone.

So pack a wardrobe that’s predominantly made up of elasticised waistbands, and tuck into the following places, the best curry houses in town. Repeatedly. You’re welcome! 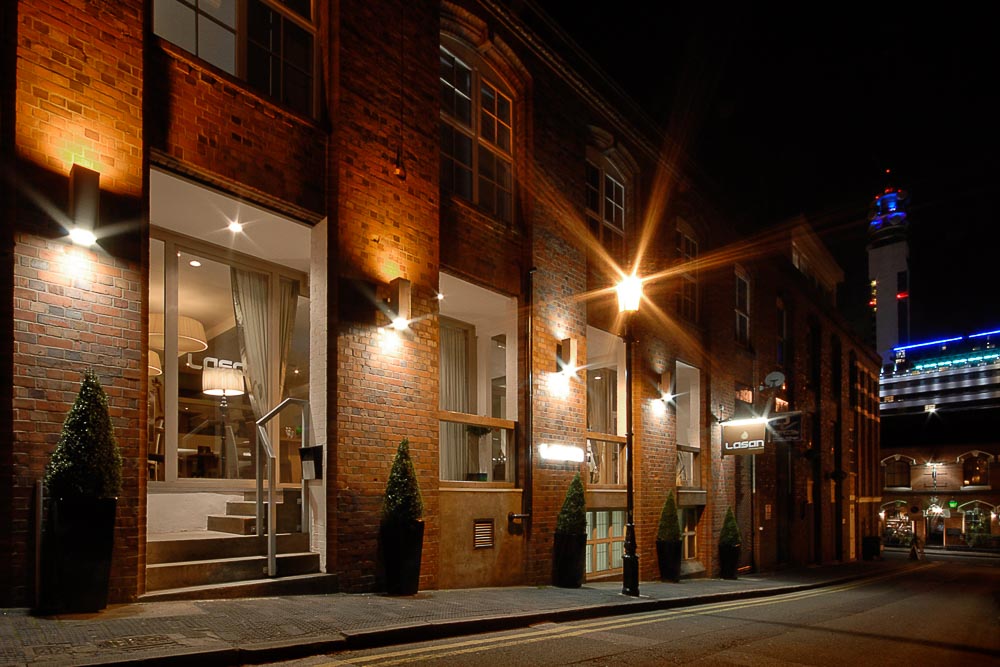 Lasan Indian Restaurant has been called the best Birmingham by Gordon Ramsey.

Making waves on Birmingham’s dining scene with its nouveau Indian menu long before Gordon Ramsey fronted up in an episode of ‘The F Word’ and called it “the best m*&^@#@#$#*&g restaurant in the city” (We’re paraphrasing… slightly), Lasan is probably also the most well-known.

Located in a charming Victorian building in the city’s Jewellery Quarter, Lasan does away with traditional curries and instead offers diners a contemporary space featuring plenty of bare wood and clean lines, but most importantly, dishes such as Tisria – seared scallop with cauliflower pakora, kalongi puree and raw mango infused coconut milk, or Bathak – smoked duck and aubergine caviar samosa with leg and lentil shammi kebab, cucumber and date chutney.

Not surprisingly, getting a table can be tough – particularly on Friday and Saturday nights – so get in early with your reservation and arm yourself with the patience of a saint. 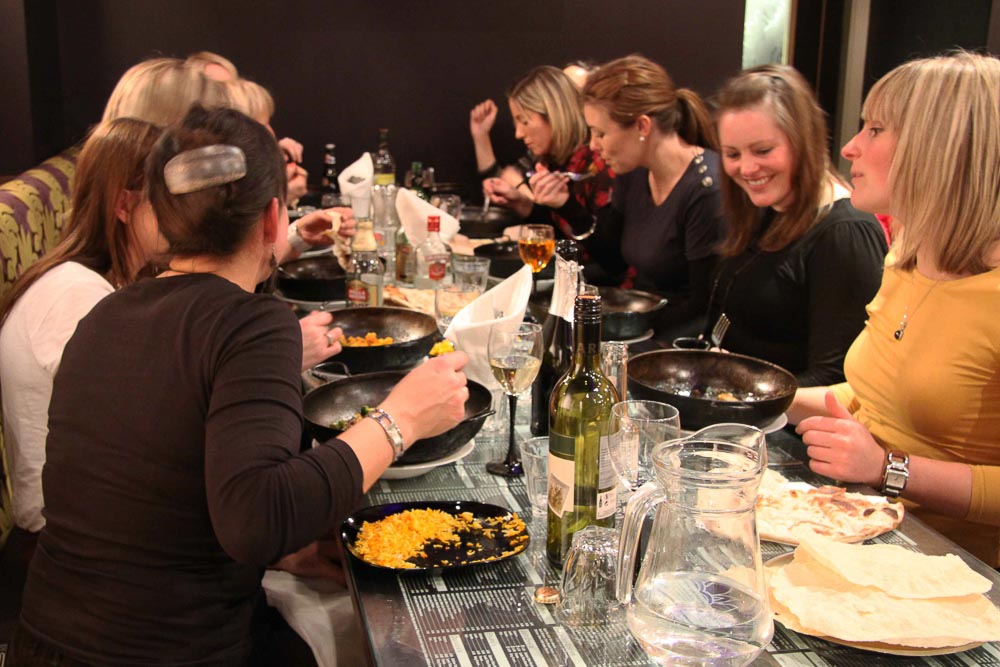 Munro’s first pick for those keen to try Birmingham’s most famous dish? Shabab’s, one of the few remaining original Balti houses of the triangle. A vision of lilac swirls and paisley prints on every available surface, keep your eyes fixed firmly on the menu (handily tucked laid out under the glass-top tables), and start with a spicy sheekh kebab before you politely request one of their signature baltis (their balti chicken and spinach is their most popular, and is a treat served up with some coriander naan).

If you’re keen to have an alcoholic beverage with your meal, just note you will need to BYO. 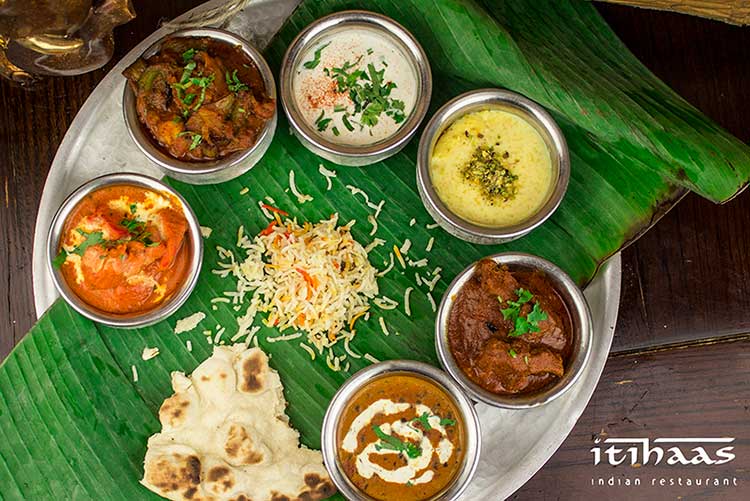 Whether you’re here to watch the city’s famous riverboats cruise up and down the canal just outside the windows, or to gasp at the restaurant’s interior – evocative of India’s Raj era with its ornate, centuries-old doors and animal hide hangings, you can be assured that you will leave only talking about Itihaas’ food.

Sandwiched between the Jewellery Quarter and the Business District, this award-winning restaurant has a menu which is heavily influenced by the Moghul Era when Indian dining was at its most extravagant, and this can be seen through dishes such as the Army Rum Lamb Shank Masala – a marinated lamb shank, slow-cooked with oven-roasted tomatoes and onions in a thick Indian Army Rum Masala gravy, or the Lobster Paanch Phoren – whole lobster simmered with five spices in a creamed mustard paste.

Itihaas being what it is (a high-end diner teeming with corporate types and foodies), eating with all the other ‘peasants’ in the common dining spaces won’t leave you feeling hard done by, but if you’re after something really special, hock a kidney and book the Tiffin Room – a private space which comes complete with a bar, library and your own very own butler.

Although England is a nation that now counts chicken tikka masala as its national dish, it’s worth noting that that since up to 40 per cent of Indians are vegetarian, many Indian dishes don’t actually contain any meat at all.

And if you’re the kind of person who might, say, like a little less moo, quack or b’daaaark in your meals (yes, that journalism degree really paid off, thanks for asking), you can do no wrong than by taking a seat at the city’s best vegetarian curry house.

Specialising in Southern Indian snack heroes such as masala dosa, you can often tell you’ve arrived at Jyoti’s by the hordes of carnivores losing their religion as they saunter out of the joint (“I don’t understand how that happened – I normally don’t like veggo stuff, but that was amazing!” and “But how can a vegetarian restaurant offer over 70 main meals?”).

If you too are overwhelmed by the choices, opt for one of their stellar (and well-priced) set menus and prepare to unbutton your jeans. 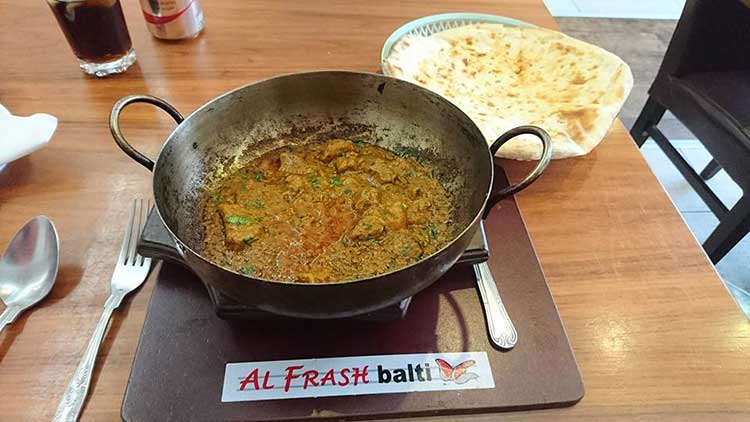 First things first; you are not at Al Frash, one of the oldest Balti restaurants on the block, for the aesthetics. Forget about Itihaas’ antique furniture and Shabab’s Gordon Gekko-inspired interiors – they are not to be found here at the restaurant which has a styling which can only be described as ‘cafeteria’.

What you are here for, however, is food which has received glowing reviews around the globe, from The New York Times (which called it one of the best Indian restaurants in the Midlands) to The Daily Mail (written by Tom Parker Bowles who says he has been under the restaurant’s spell for quite some time). They’re clearly onto something – Al Frash is also known as the Indian restaurant off-duty chefs love to come and indulge in after-hours.

Kick off with a traditional skeekh kebab and then go straight to their signature dishes such as the Butterfly Special which fuses together the flavours of king prawns, chicken tikka, mushroom and Kashmiri spices, or the Afrodesia, which is finely minced chicken and king prawn cooked with ground ginger, garlic and their special Al Frash sauce.

Get there: Qatar Airways flies daily into Birmingham from Sydney, Melbourne, Perth and Adelaide.