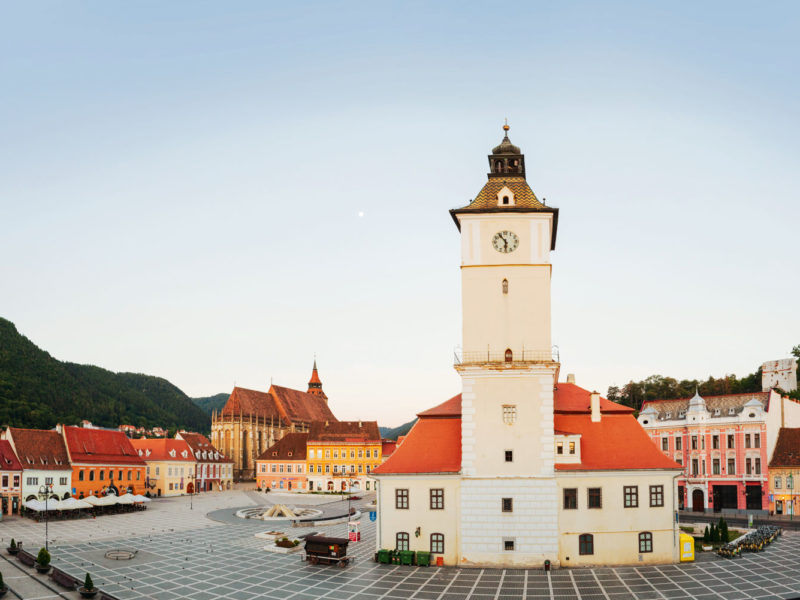 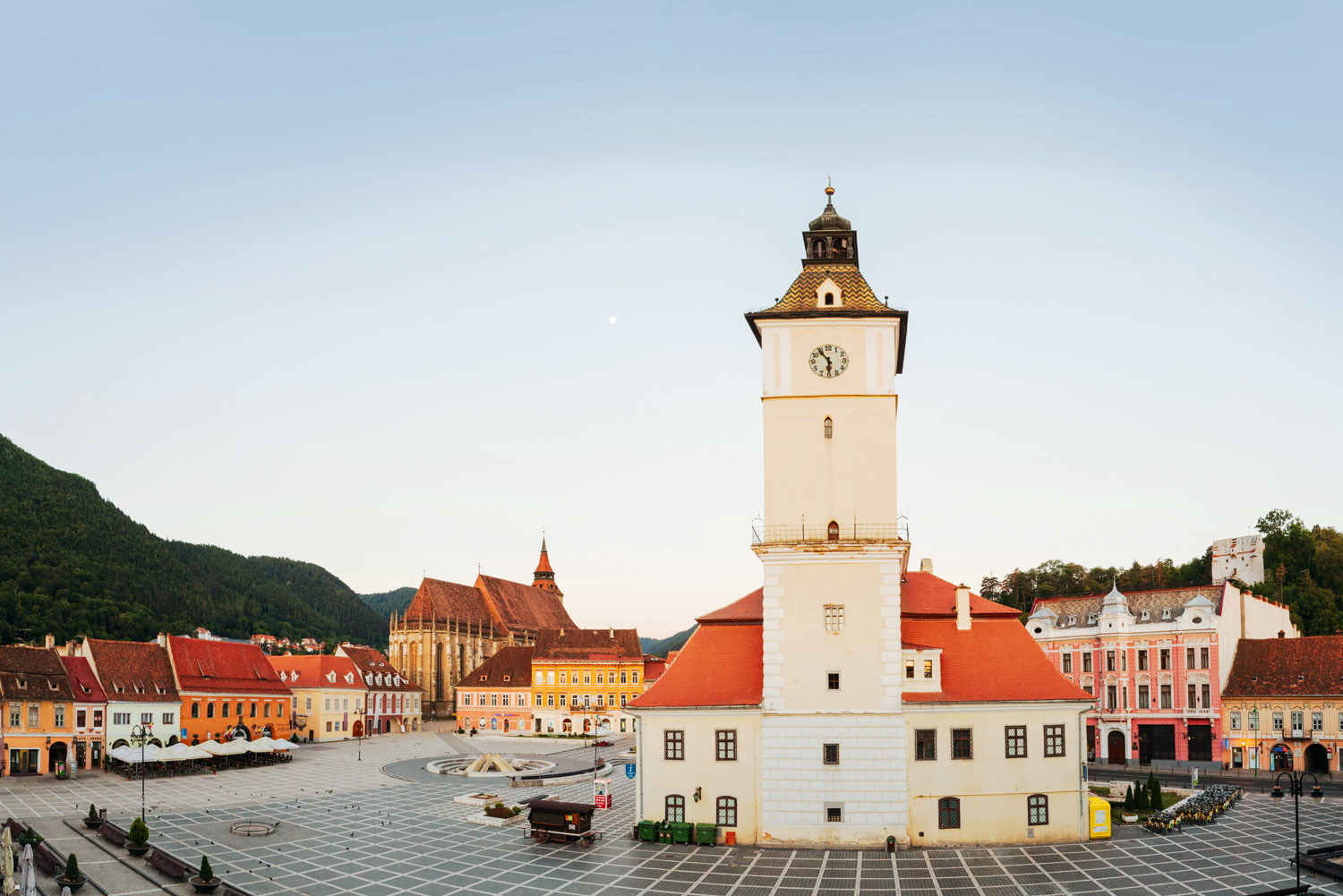 With nary a mention of a certain creepy fictional count, a handful of aristocrats is leading the charge to conserve Transylvania’s magical medieval landscape, writes Lara Brunt.

Never, in my wildest dreams, did I imagine waking up in the future King of England’s bed. Sunshine streams through the handmade lace curtains, as birdsong is punctuated by the gentle tinkle of cowbells. Yet, this is no English idyll; I am deep in the heart of Transylvania at a guesthouse owned by His Royal Highness, Prince Charles, The Prince of Wales.

Thanks to Hollywood’s obsession with a certain creepy count, who shall remain nameless, it’s easy to dismiss Transylvania as a work of fiction, yet it is a real place. The landlocked region lies in the heart of Romania, one of the largest countries in southeastern Europe. Bordered to the east and south by the crescent-shaped Carpathian Mountains, Transylvania is just as Bram Stoker imagined in his 1897 Gothic horror novel, a land of centuries-old superstitions, brooding castles and howling wolves.

While the name evokes a rather menacing Gothic aesthetic, the ‘land beyond the forest’, Transylvania’s literal translation, is home to thick forests brimming with brown bears, ancient aristocratic families and gorgeous lost-in-time villages. It also features some of Europe’s best-preserved medieval cities, such as Braşov, 180 kilometres north of the country’s capital Bucharest. Founded by the Teutonic Knights in 1211, Braşov is one of seven Saxon fortress towns known as the Siebenbürgen, built by German merchants to withstand Tatar and Turkish raids.

The old city is chocolate-box pretty. Framed by towering mountains, the cobblestone streets lead to Piața Sfatului, the main square where, according to legend, the Pied Piper reemerged with the children of Hamelin. The defensive walls encircling the city and their crumbling towers are still visible.

The square is lined with pastel-hued Baroque buildings and buzzing outdoor cafés, while the majestic Black Church, the largest Gothic church in Romania, towers over the old town. Scorched by fire in 1689, the 14th-century church houses an impressive collection of Turkish carpets, reminders of the strategic trade route that once linked the Ottoman Empire and Western Europe.

An hour-long drive north leads to Prince Charles’ guesthouse in the tiny village of Zalánpatak in the eastern Carpathians. Surrounded by forests of oak, beech and hornbeam, the village was founded in the 1600s as a glassmaking centre. Manufacturing ended in the early 1900s and today Zalánpatak is home to just 150 people who farm the land using hand tools and horse-drawn ploughs.

The village lies in ‘Székely land’, an area inhabited by Hungarian-speaking descendants of the region’s finest medieval warriors. Transylvania has been associated with Hungary for over a thousand years, up until the end of WWI when it was annexed by Romania. Today, ethnic Hungarians make up around 19 per cent of the region’s population and around half of these are Székelys.

Prince Charles first visited Transylvania in 1998 and has been a regular visitor ever since. So bewitched was the future king that he bought a cluster of 18th-century Saxon farmhouses, first in Viscri and then in Zalánpatak, with the assistance of Count Tibor Kálnoky, a scion of one of Transylvania’s oldest Székely families.

Shortly after the fall of Communism in December 1989, the count, like many aristocratic landowners, returned from exile and set about reclaiming his ancestral property. He sued the state for illegal expropriation and won some of the cases, but without enough agricultural land to make a living from he turned to small-scale tourism as a way to safeguard the region’s rural way of life.

The compound at Zalánpatak has three whitewashed cottages (the prince’s bedroom is located in the Upper House), an old wood store that is now an outdoor dining area, and the former stables, now painted cornflower blue, which serve as a cosy communal lounge. Inside is a huge fireplace and exposed beams, one which has an inscription featuring the Prince of Wales’ name. “It’s a tradition to document the dates of building and renovation of houses in the main beams,” explains Count Kálnoky.

The buildings have been sympathetically and painstakingly restored using local craftsmen and traditional materials, such as handmade bricks, and decorated in chic rustic style, all hand-carved furniture, lime-washed walls and antique Turkish carpets. The walls are adorned with an eclectic mix of paintings handpicked by HRH, who is a keen amateur watercolourist.

It’s not just a passion for preservation that the two men share. They are both related to Vlad the Impaler, the inspiration for Stoker’s fictional count. “Luckily only very, very, very distantly,” the count laughs.

Prince Charles visits the isolated hamlet once a year to walk in the fields of wild flowers, alive with grasshoppers and butterflies thanks to pesticide-free farming. Towards the end of May there are more than 10 different varieties of orchids in bloom, including the very rare Lady’s Slipper.

Blissfully, there’s little else to do except laze in a hammock or take a horse and cart ride through the fields, so we duly clamber into a green hay cart emblazoned with the Hungarian national colours. Summer is haymaking season, so the fields are freshly mown and peppered only with the odd purple crocus.

We pass small groups of villagers scything hay and piling it into neat haystacks to dry out. Come winter, it will be used to feed livestock. Cows graze on the communal pasture, before wandering unaccompanied into the village each evening to their respective homes.

But Count Kálnoky is not the only returned aristocrat working to conserve the region’s heritage. In the same county of Covasna, Katalin Roy Chowdhury de Ulpur, born Countess Mikes de Zabola, and her sons Gregor and Alexander are re-establishing their family estate in the village of Zabola, another Székely stronghold.

Entering Count Mikes (pronounced Mick-esh) Estate through elegant iron gates, a beech-lined driveway leads guests past the buttercup-yellow manor house. Parts of the grand building date back to the 16th century, although a new roof, façade and extra floors were added in 1867 by the countess’ grandfather.

Today, the manor house is home to sons Alexander and Gregor and their respective families, while the countess herself lives in the Swiss House. The quaint wooden cottage was moved from Berne to Paris in 1889 for the great exhibition, before being brought to Zabola in the 1890s.

Guests of the estate stay in the renovated 18th-century outbuilding known as the Machine House. The décor could best be described as shabby-chic, with floral fabrics, exposed brick and worn wooden floors. Large windows create a light and airy feel throughout, while the downstairs lounge room has a cosy fireplace. Local women prepare hearty Hungarian recipes using herbs and vegetables from the kitchen garden. “My grandfather used the building for generating electricity with machines from Germany,” says the countess. “At that time there was no electricity here – it was only in the 1970s that there was electricity in the village.”

The Mikes Estate once formed one of the largest companies in Transylvania with farming, forestry and glass production until it was seized by the Communist regime in 1949. “People who owned more than 50 hectares of land had everything taken from them,” she explains.

The countess was just four years old when the Communists came calling. “The group came at night. My grandmother didn’t open the door, so they broke it down,” she says. The countess was eventually sent to live with her aunt in Vienna. With the exception of a clandestine visit as a teenager, she did not return to her ancestral home until 1990.

The government has returned some, but not all, of the family’s agricultural land and forest. Not everyone is so fortunate. “In some places, it is very difficult to get land and forest back,” she says. “It’s a complicated story.” But with counts and future kings leading the restoration push, it seems inevitable that Transylvania’s unique heritage and compelling traditions will ultimately triumph.

Transylvania’s number one tourist attraction is Bran Castle. It’s billed as Dracula’s Castle, although Vlad the Impaler spent only a few nights imprisoned here. The 15th-century ruler had a (now infamous) penchant for skewering his enemies, yet is considered a hero in these parts for defending Transylvania against the invading Ottomans. Perched on a peak with turrets and towers, the terracotta-tiled castle certainly looks the part. Inside, it’s more English country house than vampire’s lair, as the castle later became a summer retreat for Romania’s Queen Marie, a granddaughter of Queen Victoria.

How to get there
Emirates flies daily from Australia to Dubai from $1677 return. Wizz Air flies three times a week from Dubai to Bucharest from $72 one-way. There are regular trains from Bucharest to Brasov, including a daily InterCity express. The journey takes 2.5 hours and costs from $19 one-way.

Where to stay
• Braşov: The three-star Casa Wagner on the main square has charming rooms. From $96 per night, including breakfast.

• Zabola in Hungarian; Zăbala in Romanian: The Machine House has six simple rooms, including the Red Room with freestanding bath. From $100 per night, including breakfast. 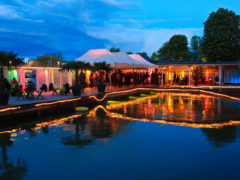 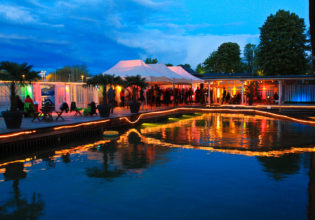 Welcome to the lesser-known side of Zürich, where the term 'dive bar' takes on a whole new meaning, discovers Nikki Wallman. (more…)...