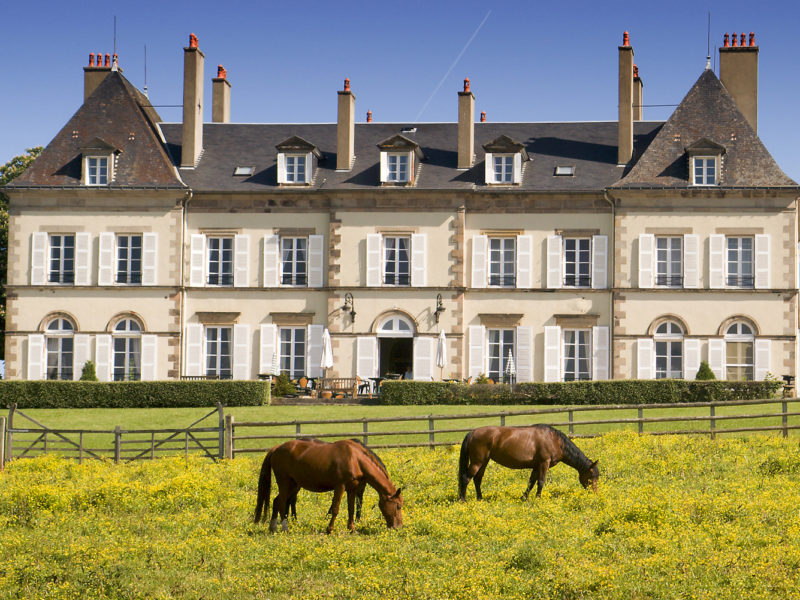 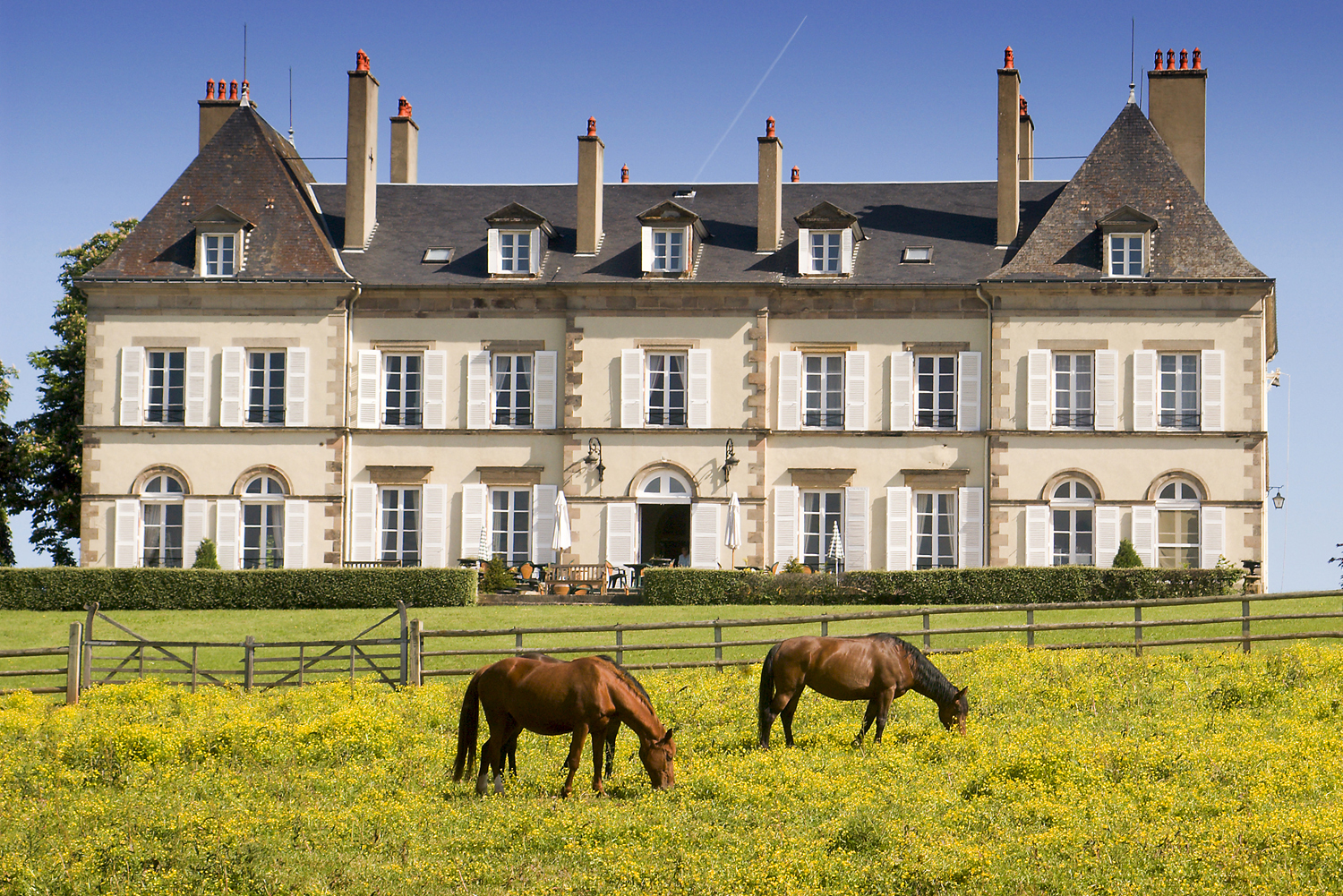 In the centre of France lies the little known region of Auvergne. Judith Ellen discovers a region of exquisite costumes, history and of course, fromage.

An extravagant grass-green work of art holds my gaze.

It’s a Christian Lacroix, but not for you or me to wear, even if we could.

This collector’s item danced its way through the New York Met’s 1988 production of Gâité Parisienne. I haven’t wangled my way backstage in some time warp, I’m in a museum.

This is the Centre National du Costume de Scène at Moulins in central France. It holds 10,000-odd ravishing opera, theatre and ballet costumes (from life-size animal suits to Dior gowns, including Rudolf Nureyev’s donated collection), but the museum buildings are unique as well.

This great trove of theatre history (including stage sets, machinery and design workshops) has preserved a piece of architectural heritage into the bargain.

The current Costumes of Power (26 January-20 May, 2013) combines on-stage power dressing from the museum vaults (massive, rolling, temperature-controlled wardrobes) with film costumes from Asterix and Obelix, Isabelle Adjani’s La Reine Margot and others.

I think of CNCS as one of the Auvergne’s dark secrets. The Songs of the Auvergne, those haunting Occitan-language folk songs arranged by Joseph Canteloube in the 1920s, fit the mood.

Once in the region, I discover a rugged, volcanic landscape, steeped in dark Bourbon and monastic history, the preserve of castles, abbeys, vineyard walks and, voila, the restorative mineral springs and light-filled spas of Vichy.

If Moulins is in the upper regions, geographically speaking, Saint-Nectaire is just south of the waistline. Sophisticated costumes lingering in my head, I find myself on a rustic hillside savouring cheeses made practically within arm’s reach, the rustle of silk replaced by the faint shuffle of cows in their stalls, somewhere at my back.

A Route de Fromages lists 40 stops. I visit Ferme Bellonte, here at Saint-Nectaire, 30 kilometres south of Clermont-Ferrand, Auvergne’s regional capital. Bellonte is a working farm where people watch cheeses being made by hand, feast on farm produce, even stay (there’s an auberge). A subterranean museum, caves where cheeses were traditionally matured on straw, celebrates regional history, from ancient cave dwellers to local revolutionary hero l’abbe Dubois. But farm produce is my primary interest.

Saint-Nectaire cheese was known at the court of Louis XIV. Commercially-made Saint-Nectaire laitier (orange rind, pasteurised) travels world-wide. Complex, sooty grey-coated Saint-Nectaire fermier is something else, made with raw milk, according to strict rules.

There’s also architectural history here, in the nearby village, where Saint-Nectaire’s stone-flagged romanesque church shelters a wondrous menagerie of figures and beasts, carved and painted wood and stone, a golden saint even, crucifying soldiers in chain-mail armour.

The Auvergne’s upper eastern border is defined by the Loire River. The Allier River snakes through, top to bottom. Eighty volcanos, the Chaîne des Puys, now extinct and green, anchor the centre ideal for hiking (including vineyard trails in the Madargue Hills), climbing or gazing into the distance. Smack in the centre is the regional capital,Clermont-Ferrand. Apart from its cafe quarter around rue Saint-Dominique, it fails to entice me and I’m soon lured away to towns and countryside.

Moulins, home of CNCS and two-and-a-half hours from Paris by train, has a written record from 990. It was the duchy’s 15th century capital, already a century-old stronghold of the Bourbon dukes and duchesses. I stroll the cobbled streets of Moulins’ Old Town, beneath leaning, half-timbered houses. Jeanne D’Arc stayed in one (November, 1429), its overhanging upper level shuttered and dark with age.

Also in Moulins, prosperous 19th-century townhouse Maison Mantin, shuttered for a century in compliance with Monsieur Mantin’s bequest, is open for business. I wander through its wood-panelled family rooms, up an elaborate staircase, beneath wall-size tapestries and precious chandeliers, manoeuvring past gilded tables, antique clocks, a zinc bathtub and a taxidermied wolf. It’s a window on a world preserved in aspic.

Souvigny, 13 kilometres from Moulins, is another gem. The first known Bourbon lord donated land here to the powerful Benedictine abbey of Cluny, founded in 910. It was a strategic move.

The Cluniacs built a beautiful priory church, entombing their fourth and fifth abbots inside. Within clipped green geometry of priory gardens, beneath romanesque arches and tracery screens, I visit the abbots, and Louis II and his dauphine, Anne d’Auvergne, peacefully recumbent in stone effigy, their faithful hounds at their feet.

The following morning I’m in Vichy, testing the waters in a tiled pavilion of taps and troughs. Locals fill bottles and visitors sip from little cups. Far older than its wartime history,Vichy is a town of spa temples and tree-lined streets.

How to get there:

You can’t leave without:

Tasting the cheeses, preferably on a farm; delving into Bourbonnais and monastic history; taking the waters at Vichy.

Clermont-Ferrandis rather dour, volcanic-stone buildings, industrialised. Events are a reason to stay, otherwise head for the hills. 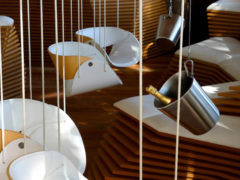 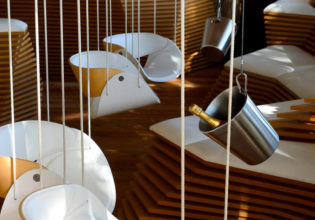