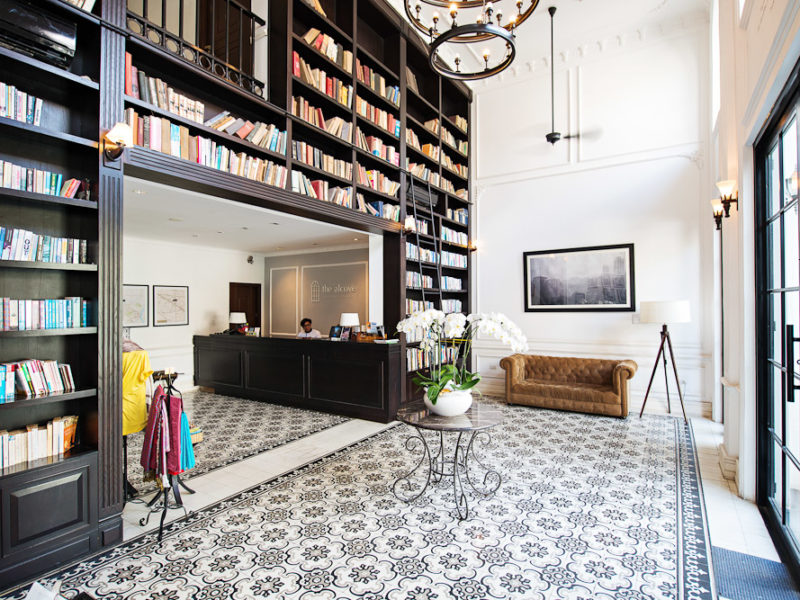 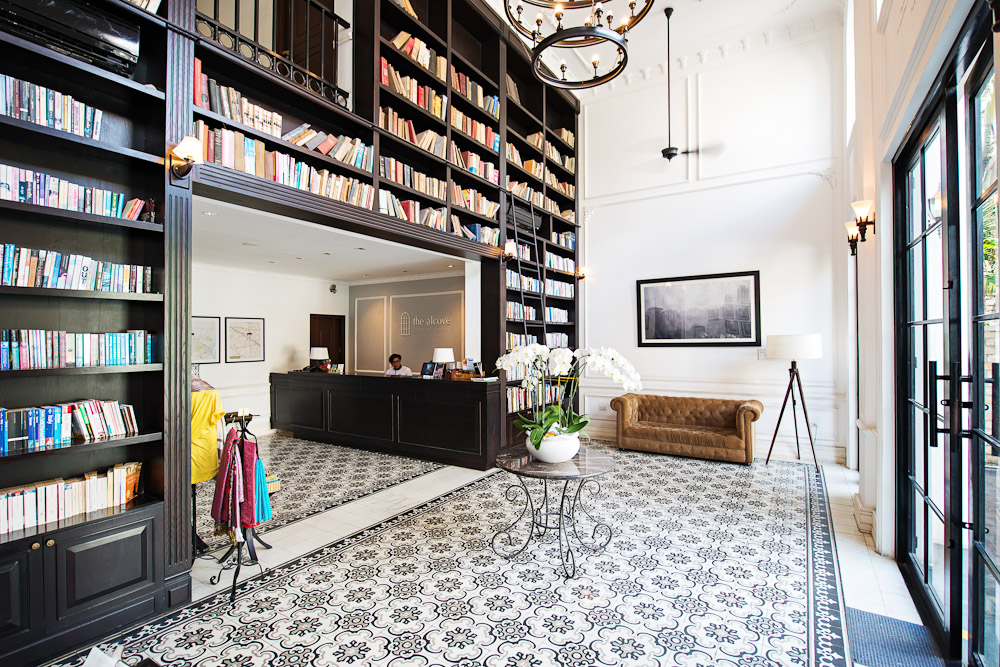 The Alcove Library's light-filled entrance, with towering bookcases setting off the colonial structure.

The Boutique Alcove Library Hotel in Vietnam’s Ho Chi Minh City makes for a quiet and restful place to lay your head after exploring this bustling Southeast Asian metropolis.

Saigon is a love affair of mine. I like referring to the city by its previous name, as most locals do. It has so much more of an exotic ring to it. Vietnam’s largest city has an energy and vibrancy to it that is an essential part of its character. A kind of barely controlled chaos you feed off. What it doesn’t do a lot of is peace and quiet. In a city of more than eight million people, and almost as many motorbikes, the cacophony rarely stops. Which is why the Alcove Library Hotel, located on a tiny little street off the main thoroughfare in Ho Chi Minh City’s Phu Nhuan District, makes for a good choice.

Arriving at the hotel

It is a typically hot, humid afternoon when I arrive, but I can see in the distance thunderclouds building for the almost daily afternoon storms of the monsoon season.

The cool black-and-white interior of the lobby is a welcome relief, and it immediately becomes apparent where the hotel gets its name: a towering wall of books extends almost to the ceiling, complete with a ladder to reach the highest tomes.

The pleasant staff even speak in hushed tones, like they have taken the concept of a library to heart.

The exterior and lobby of the hotel are decked out in a nod to the city’s French colonial era. The rooms, however, are fairly standard and are a little on the compact side. 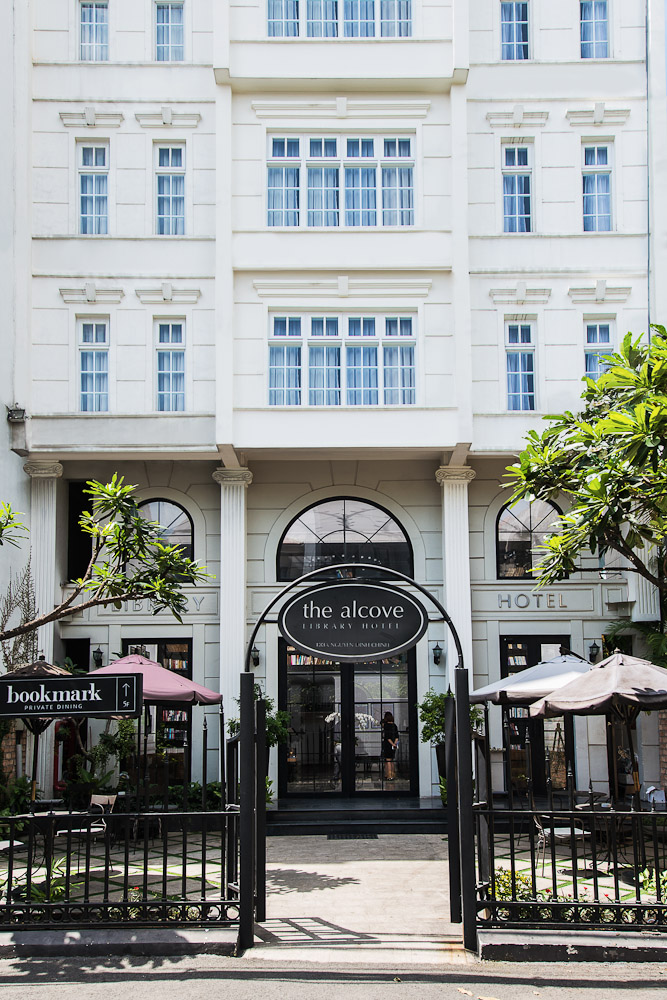 I take the Alcove Suite City View, one of the largest of the hotel’s 26 rooms with a small kitchenette and spacious bathroom, however it still feels a little close. With its king-size bed it’s perfectly comfortable, though, and the pillows are cloud-like. The colour palette is rendered in the same elegant, neutral tones as the rest of the hotel.

Included in the room rate is wi-fi, breakfast, book rental from the hotel’s library, daily turn-town service and even a complimentary airport shuttle service.

The Alcove’s Bookmark Restaurant is on the top floor of the hotel, and has a nice view of the jumble of narrow houses and pagodas scattered throughout the neighbourhood.

The menu has a fairly standard collection of international and local dishes (I try the bacon mushroom burger, which is great), but this being Vietnam you really need to hit the streets to search out some culinary magic. 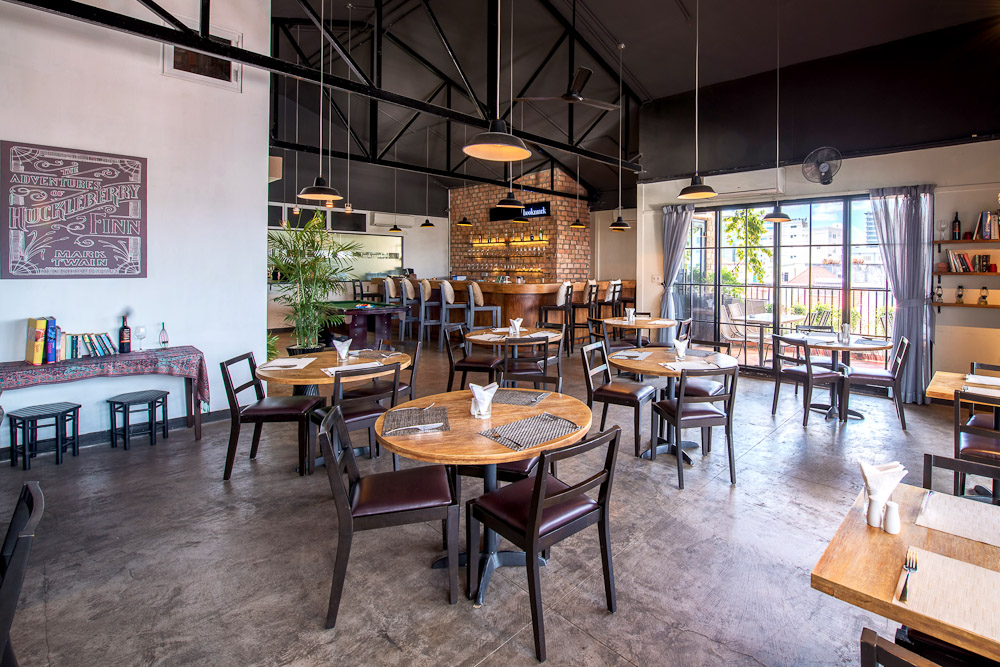 Eat at The Bookmark Restaurant at least once, then head out and sample the fantastic street food.

Going into the city

There are countless hole-in-the wall restaurants in Saigon – the trick is to look for one that is busy and dive in. I find one such place on Truong Sa Street, just an eight-minute walk from the hotel, selling bowls of classic pho ga (noodle soup in chicken broth).

The hotel is just a cheap 10-minute taxi ride into the heart of the city to the front gates of the former Presidential Palace, where in 1975 the Vietnam War famously came to an end; it’s just a short stroll from here to the Notre-Dame Cathedral and Central Post Office.

But I choose to check out the Nhieu Loc-Thi Nghe canal just a few blocks away from the hotel. Many people don’t realise it, but when Saigon was a French colonial city in the 1800s it was crisscrossed by canals.

Most have been filled in and others became terribly polluted. But in recent years the city has spent hundreds of millions of dollars cleaning up the remaining canals and turning the banks into public promenades and recreation areas.

I grab a banh bao, a kind of soft steamed bun filled with minced pork and soft-boiled quail eggs, from a street vendor to munch on as I wander.

Exploring Saigon on foot in the heat and humidity can be taxing, but I always feel it is worth it as you catch small glimpses of life you would otherwise miss.

The canal meanders for kilometres through several city districts, with lush green grass (a rarity in the city), shady trees and benches where I sit and watch the world go by before heading back to the solitude of the Alcove – my little Saigon sanctuary in the midst of the city’s madness. 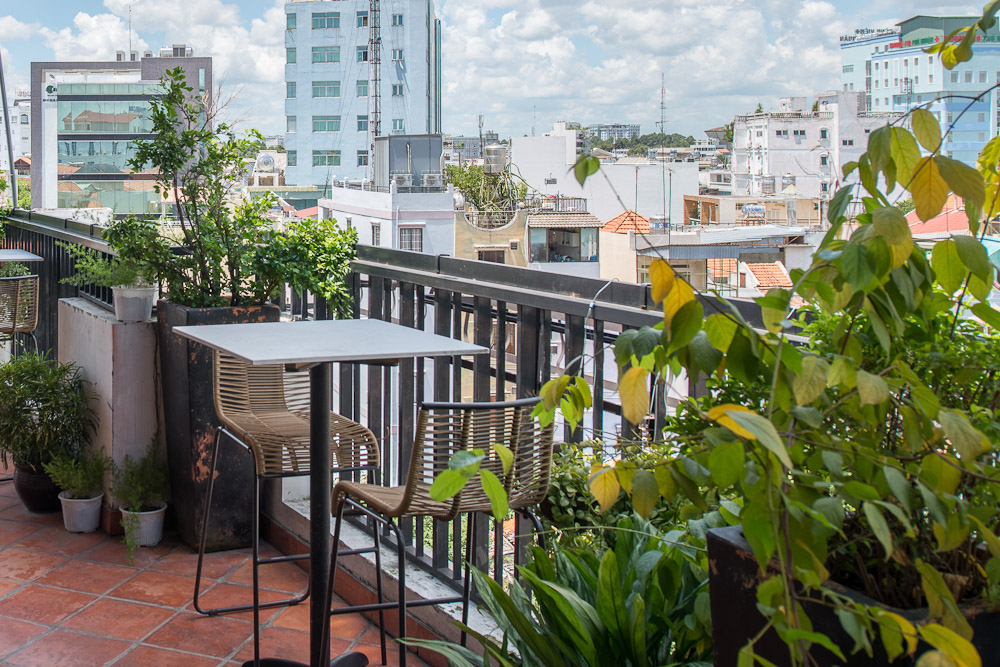 A great spot for coffee in Ho Chi Minh City.

A cosy, quiet hotel in a bustling city that is also great value for money.

MORE… Other things you really, really should know about Vietnam 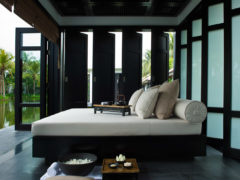 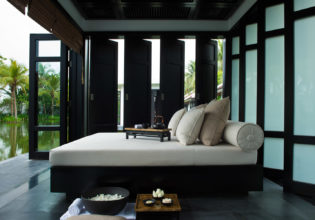 Review: The Nam Hai in Hoi An, Vietnam

We find a new standard of  luxury in Vietnam, where time stands still in lieu of relaxation. Time ceases to exist while at the Nam Hai Resort – we...