Where in the world you can learn to cook like locals 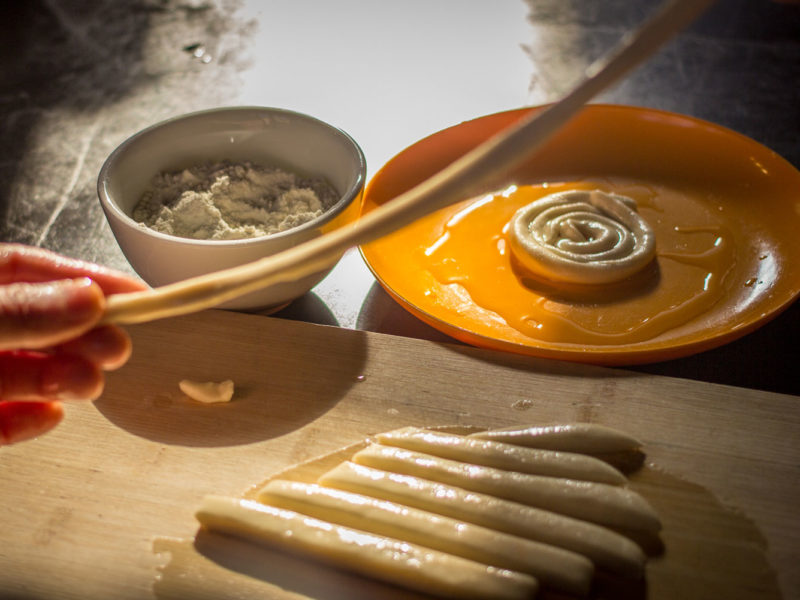 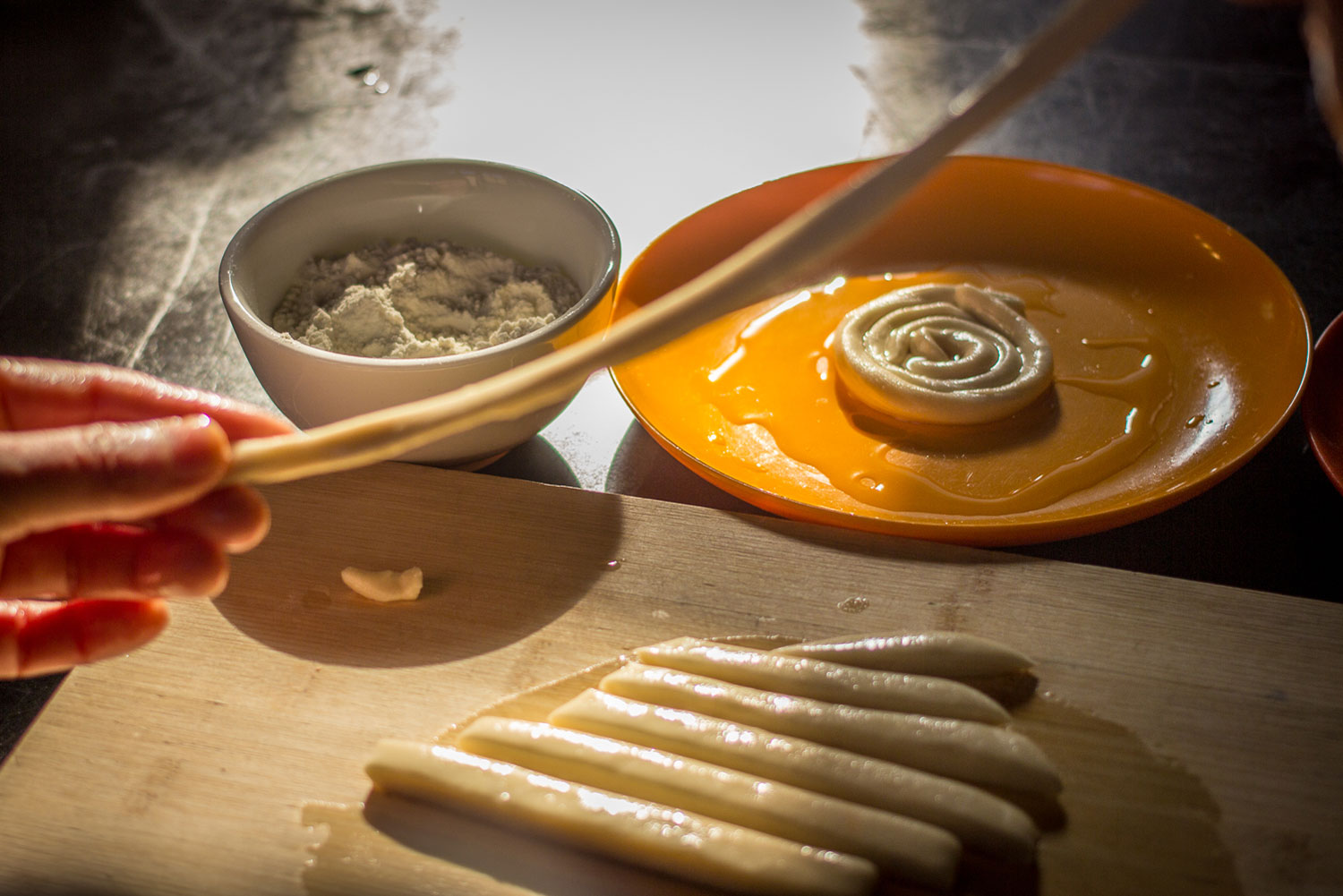 Learn to make REAL dumplings at The Hutong Kitchen, China.

Undertake culinary instruction in some of these exotic cooking schools and you’ll never have to pass off burnt food as ‘Cajun’ cuisine ever again, says Dilvin Yasa.

There are cooking schools and then there are cooking schools that have hamams, fireplaces in every room and camel rides. Rhodes School of Cuisine’s Moroccan cooking school offers the latter and much more.
Located in a luxurious villa just outside the ancient imperial city of Marrakech, you can undertake week-long cooking journeys through the intricacies of the local cuisine from tagines to rose-water ice-cream to almond-filled pastries.
And when the going gets tough, the staff is on hand to take you to markets, out trekking or even just to pamper you.
Prices start from $3277 per person. rhodeschoolofcuisine.com

Mexican food is enjoying a bit of a renaissance at the moment so what better time to camp out at Los Dos, one of the country’s most celebrated Yucatán cooking schools?
Located in a magnificent colonial mansion in Mérida, which also happens to be the private home of chef David Sterling, you can kick back and enjoy the pool and terrace, and learn traditional Yucatán cuisine through a range of courses.
Choices range from the popular eight-hour Taste of Yucatán course, which includes an overview of Maya techniques and ingredients, a market tour, lesson and meal, to the week-long culinary workshop, including day trips to exotic destinations such as Maya archaeological sites.
Prices start from $150 per person for a day class. los-dos.com

Sometimes you’ve got to experience the sour to delight in the sweet, or so the saying goes, and this couldn’t be more accurate than of street food. It only takes one dodgy roadside snack to turn you off street food for good.
Instead, delight in the simple joy that is a nice clean restaurant serving traditional street food, which is what Morning Glory has been doing for years.
Foodies who can’t get enough of its white rose dumplings can learn to make them at this popular cooking school housed at The Market restaurant.
Four classes are on offer, from amateur to professional, and all include a market tour before each student takes up position at their own slick cooking station with exotic ingredients at the ready.
Prices start from $24. restaurant-hoian.com

Let’s be honest: before local luminary Noma hit the heights of the culinary world there weren’t many of us who knew much about Scandinavian cuisine, apart from the fact that it might have involved smoked fish and berries, perhaps.
But now Denmark is Scandinavia’s food capital with some 13 Michelin-starred restaurants, and cooking classes are following close behind.
One of the best is CPH Good Food in central Copenhagen where local duo Mia Kristensen and Jacob Damgaard share their love and knowledge of Nordic cuisine.
Their Nordic baked goods class is popular (yes, the Danes do make Danish although they call them wienerbrød), as is the Fruits & Veggies of the North class.
From $169 per person (three-hour lesson). cphgoodfood.dk

They say if you want something done give it to a busy person, and this is certainly true of Virgilio Martínez Véliz, executive chef at Central.
When Martinez, considered one of the rising stars of the culinary world, isn’t flat out opening restaurants (he opened Central in the trendy Lima district of Miraflores in 2010, followed by Senzo in the city of Cuzco and Lima in London in 2012), he’s taking foodies on day trips to experience Peruvian cuisine.
His Taste of Cuzco tour begins with a morning outing to the bustling Surquillo market to purchase ingredients like seafood, grains and rare fruits, before a cooking demonstration.
From $866 including breakfast, customised three-course lunch and wine. palacionazarenas.com

The sleepy Aegean island of Ikaria made headlines recently when it was claimed by The New York Times that locals enjoy the highest life expectancy in the world thanks to their healthy diet and stress-free existence.
Get in on the action by signing up to a week-long cooking retreat at the Glorious Greek Kitchen Cooking School with chef, prolific Greek cookbook author and restaurateur Diane Kochilas.
The tour begins with a sunset welcome dinner before embarking on a schedule of daily cooking classes focusing on local specialties including mezes and filo dishes, visits to local tavernas, wineries, cheesemakers and farms, and even a Greek dancing lesson.
The retreat is $2450 per person and includes all meals, experiences and lodging at the Messakti Village Hotel. dianekochilas.com

Turkey has a way of ruining you for other countries; the quality produce, bargain prices and mouthwatering fare can turn you into an addict before you know it.
In the kitchen of the famed Sarnic Hotel (sarnichotel.com) in old Istanbul, you can embark on a four-hour class to learn how to recreate traditional dishes. But we recommend you join Somer Sivrioglu, from Sydney’s Efendy restaurant, on one of his regular culinary journeys.
For $6990 per person, you will dine at some of the city’s finest restaurants, discover local markets and sample lots of Turkish cuisine. worldexpeditions.com

Anyone who has experienced the disappointment of ingesting generic supermarket dumplings knows there are dumplings and then there are DUMPLINGS.
If you want to learn to make the kind that people rave about The Hutong Kitchen is considered Beijing’s premier cooking school. Located in the heart of the city at The Hutong (cultural exchange centre), choose from an inspired list of classes.
While The Chinese Kitchen’s Gourmet Dumplings and Dim Sum Delicacies classes hit all the right notes, chef Sophia Du’s noodles class will mean you will never reach for those noodle packets in the back of your pantry again.
From $50 per class. thehutongkitchen.com

“Visit my mates Nimmy and Paul and they’ll sort you out” might sound like the kind of recommendation one would experience on a backpacking adventure, but when it comes to learning the nuances of traditional Kerala cuisine, this duo can’t be beat.
At Home with Nimmy and Paul has been the ‘at home’ hospitality game from their Kochi abode for over a decade but there aren’t formal schedules to follow; just classes at their dining table centered around either one meal (three hours), full-day programs, or their Stay at Home program where you can experience both the flavours and hospitality of the southern coastal region over a few days.
Prices for cooking demonstrations and a meal start from $30. nimmypaul.com