Sure, Nevada is home to the big casino towns of Reno and Las Vegas, but there’s a lot more to this naturally beautiful state.

Perhaps you’d like to get on a horse and ride the Cowboy Corridor – an almost six-hour journey from the glorious Lake Tahoe to West Wendover. Or see if the truth really is out there and take a detour on the Extra-terrestrial Highway (Nevada State Route 375 is a tribute to the many UFO sightings in connection with testing at Area 51, a top-secret facility at the Nevada Test and Training Range.)

If you’re into hiking Nevada has everything from desert to lush meadows, mountains to valleys, and rivers to lakes.

But we can’t ignore Las Vegas for much longer. No other city does excess quite like Las Vegas.

Sin City’s famous Strip is its dynamic heart, where everything is big and bright – behemoth hotels, shopping malls and replicas of famous world landmarks are wedged between the neon lights of glitzy casinos that beckon travellers to put everything on the table.

At Serendipity 3 ice creamery at Caesar’s Palace, lash out and order the Golden Opulence Sundae, made with rare ice cream and chocolate, topped with edible 23-carat gold leaf. At over US$1000 a pop, it was listed in the Guinness World Records as the most expensive sundae in the world in 2007.

Once landed, expect a champagne picnic with world-class views, as towering cliffs marked by time and red iron deposits surround the plateau.

The scenic flight also includes views over Hoover Dam and Lake Mead, which are almost as impressive at the world-renowned landmark itself.

Las Vegas’ five-star Venetian-Palazzo Resort promotes itself as the world’s largest resort, and if you discount natural features like beaches – which tend to expand resort properties – that claim appears to be true.

The addition of the adjoining Palazzo in 2008 meant another 3066 suites, many of them with three or more TVs, fully stocked work centres, and all-marble bathrooms with TVs of their own (in case the ones in the living area weren’t enough).

Fancy yourself a nostalgia buff? Head to Las Vegas’ Neon Museum – a collection of more than 150 neon signs that have been retired from iconic casinos such as the Sahara, Stardust, Riviera and the Golden Nugget, ranging from the 1930s to the present.

Behind most signs is a unique story about the person who created it, where and when it was made and its role in Vegas’s colourful history. The museum is only accessible via a guided tour – pick the night-time one to see the signs all lit up!

If you thought Vegas was all frozen margaritas and gambling, think again. The concept of Las Vegas health is far more balanced than you may have thought. There are plenty of healthy eateries, fitness centres, day spas and detox centres for those who are wanting a little R&R.

Drive 25 minutes west of Las Vegas to find a spectrum of stunning beauty awaits at the Red Rock Canyon. Take a break from the Strip to absorb all of the wildlife wonderment, waterfall oasis and sandstone bluffs here. With 26 different trails on offer, this conservation area is prime territory in Nevada for hiking, rock climbing, kayaking and biking. 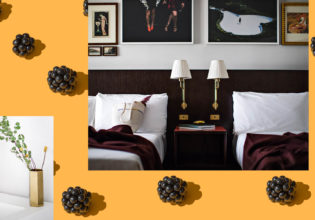 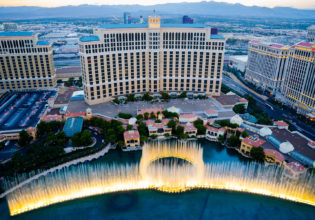 Seven outrageous Vegas experiences to do before you die 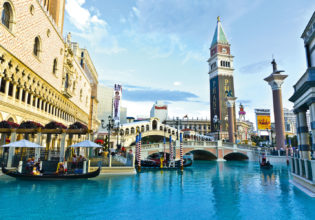