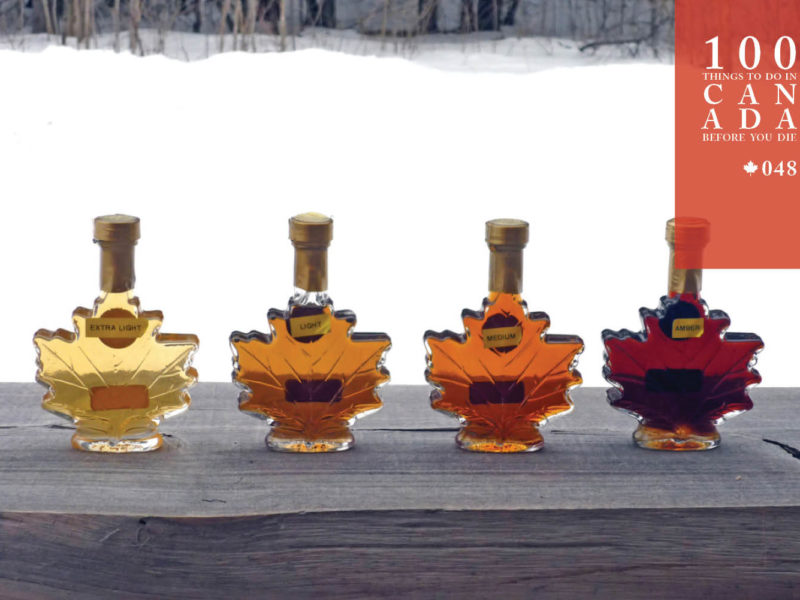 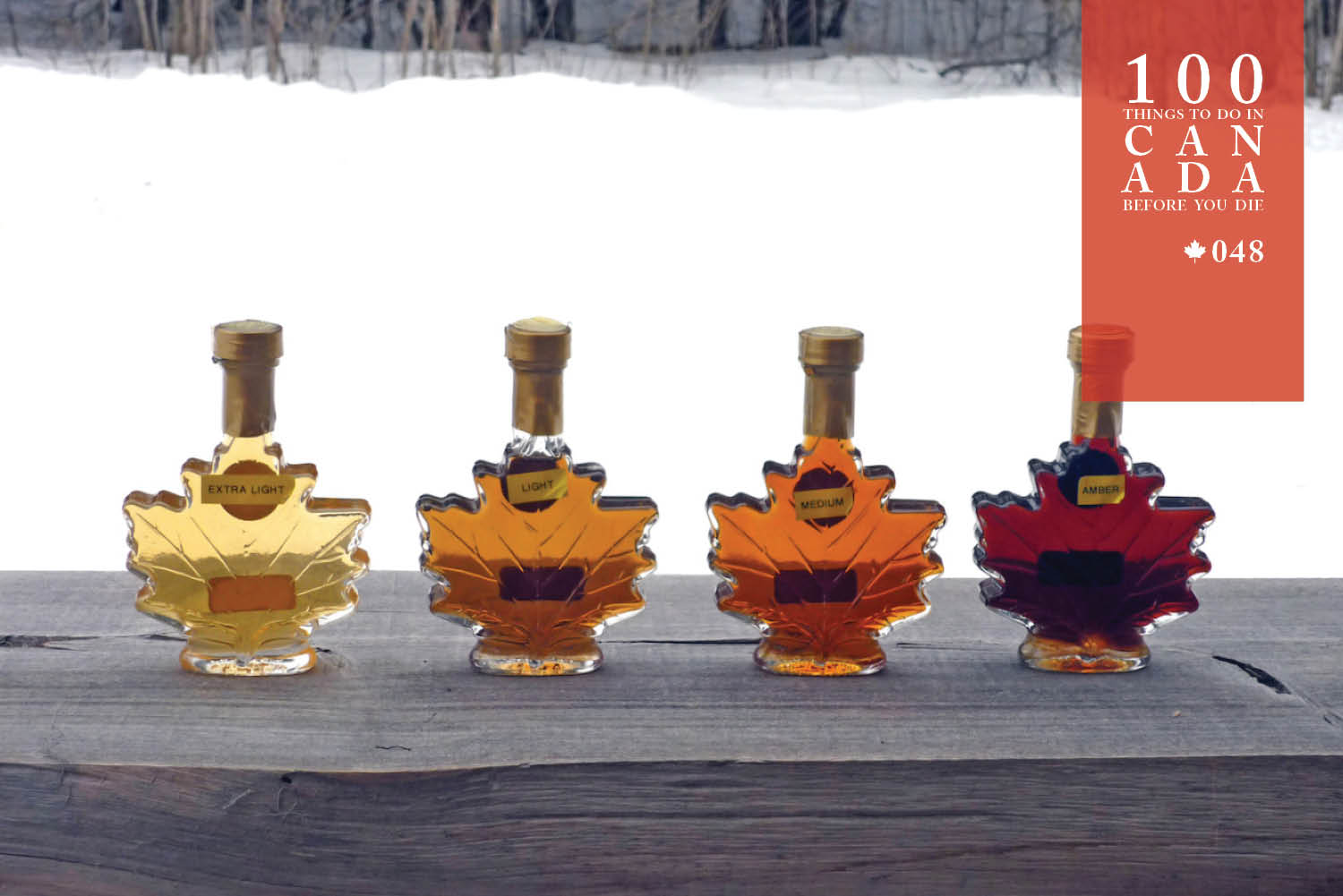 Let your taste buds have a holiday at a traditional Québécois sugar shack.

No visit to the country that reveres the humble maple leaf so wholeheartedly is complete without a pilgrimage to a traditional “cabanes à sucre”, or sugar shack.

A woman enjoys some maple syrup at a sugar shack.

The onset of spring signals the moment maple sap begins to flow in earnest, which means the annual maple syrup harvest isn’t far behind.

A uniquely Québécois tradition, the 200 or so sugar shacks still in operation throw open their doors to visitors from all over the world eager to join in the fun.

Then, when you’re almost too full to move, head out into the chill and make your own maple taffy by dripping syrup directly onto the snow.

It’s a tradition that dates back centuries, and yet the window each year is tiny – the start of March to end of April and that’s it, so be sure you don’t miss out.

Tuck in at a sugar shack (Québecregion.com/en/maple-sugar-shacks) from March to April. Or book an Eastern Canada, USA & Canada New England Cruise from Scenic.

“Reaching Sucrerie de la Montagne in rural Québec takes a little effort, but it’s worth it to experience an authentic sugar-shack feast served in the middle of a maple forest.” – Katrina Lobley

Fly Return Economy for only $799 with Singapore Airlines or Qatar Airways when you book your dream Europe & Britain 2020 holiday with Trafalgar.

Fly Return Economy for only $799 with Singapore Airlines or Qatar Airways when you book your dream Europe & Britain 2020 holiday with Trafalgar.