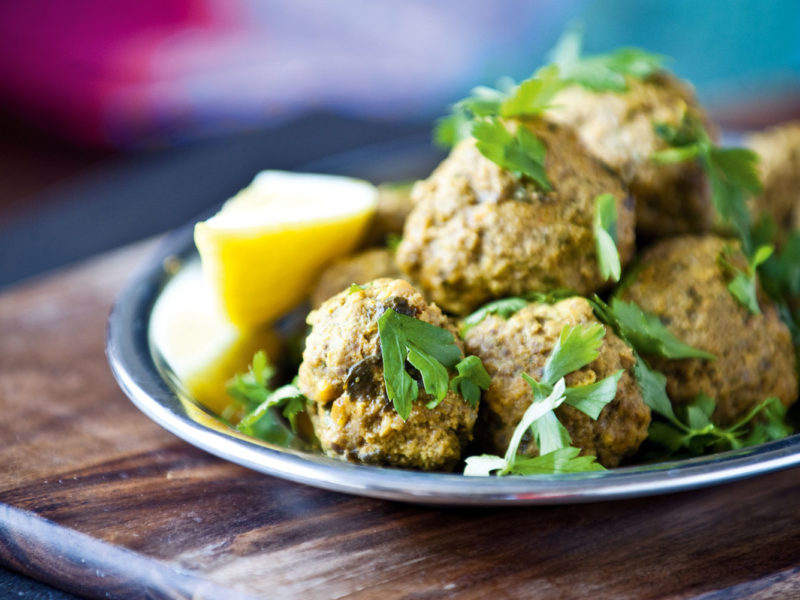 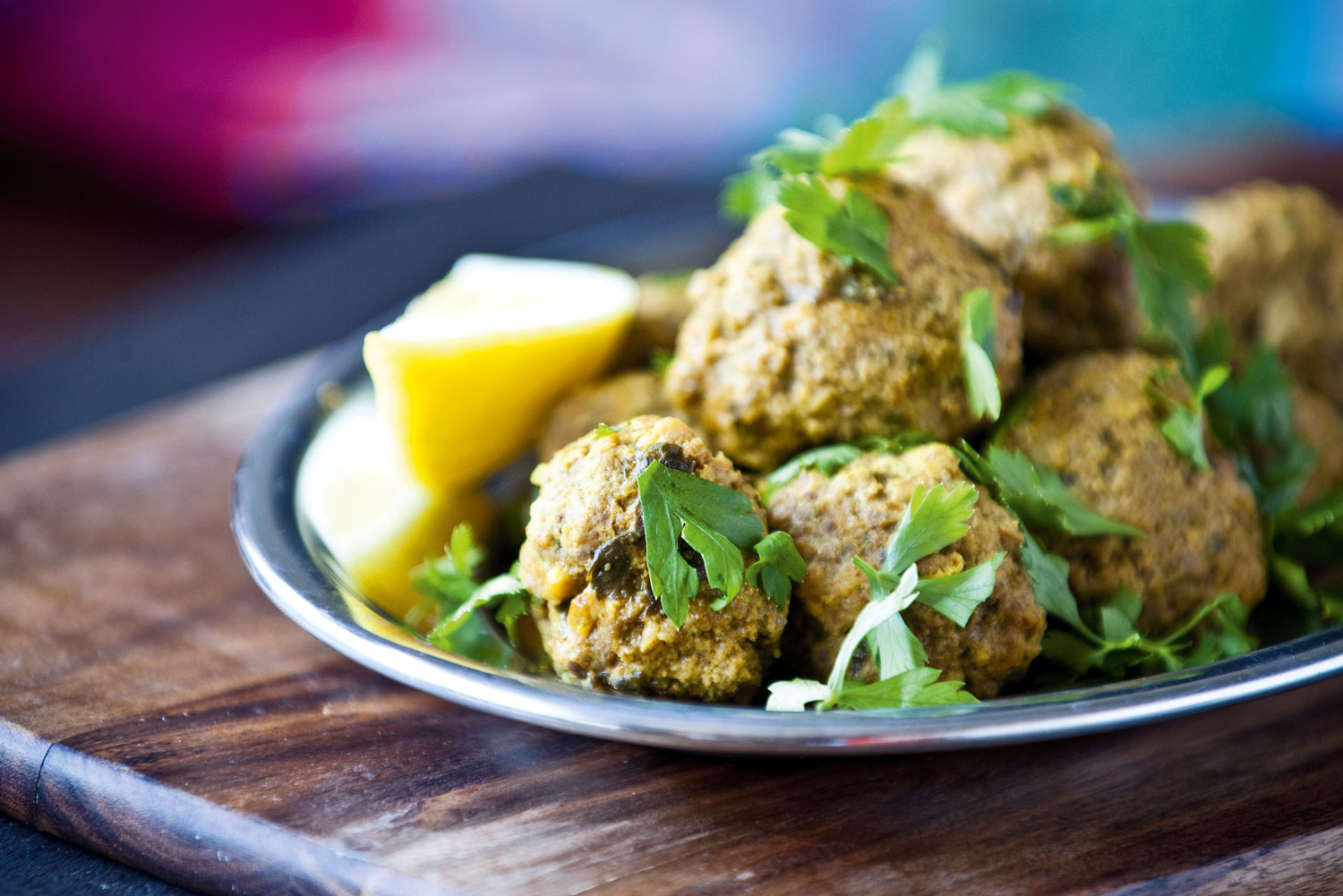 Chef Somer Sivrioglu, an Istanbul native, reveals the authentic and occasionally crazy way to feast in Istanbul. Tuck in…

Q: How would you describe Istanbul to someone who wants to travel there?

A: Vibrant and busy and 24/7 doesn’t justify it – you’ll have a huge culture shock.

You don’t know busy until you go to Istiklal Street in Beyoglu. There are great eateries – a number of restaurants and bars, pubs, mezze houses. Just embrace the culture and try different things.

Q: What are some of your favourite places to eat in Istanbul?

A: The best suggestion that I can give to anyone is to jump to the Asian side and go to the Kadikoy market. It’s great for two things.

Number one – it’s a live market where you have lots of small fish shops, nut shops and the spice markets.

And number two – in my opinion, the best restaurant in Turkey is located here. It’s called Ciya and is owned by a chef called Musa Dagdeviren. He is the custodian of the regional Turkish cuisine. He spends a lot of time ‘in the field’, as he calls it, in the local villages. He revives some of the forgotten recipes and recreates them in his very humble eatery.

It’s not a posh restaurant by any standard – it’s a workman’s eatery. But it’s great.

There are 50 different dishes that change every day with the seasonality and the guy can talk you through which village and family it comes from, like a true historical custodian of the Turkish cuisine. I really like what he stands for.

Q: How about some other favourite dishes you can find in Turkey?

A: Kaymak, which is clotted cream, is one thing that is eaten in abundance in Turkey.

The best place to buy it is on the European side of Istanbul in Beşiktaş, an old market. In the corner there’s a guy, Besiktas Kaymakcisi, who has been there for more than 120 years.

Not himself, but the business – Pando the owner has been there most of his life, he’s over 85 years young! All he sells is kaymak in the morning.

You buy the bread from the bakery, you buy the kaymak and honey from him, and you just eat it all together at a counter table right there in the market.

Turkey is a one dish wonder. There are so many restaurants that do just one thing – nothing else.

Like Sultanahmet is a restaurant that serves only kofta meatballs with some braised white beans. That’s all they do, and that’s a 200-seat restaurant!

There are so many different branches of this restaurant [with the same name] and there is debate of which one is the original. I’m not going to dwell on this though, because it’s a minefield. But they all claim to be the original, the authentic one.

Q: Which Sultanahmet kofta place is your favourite?

A: For some reason I believe Selim Usta is the original, probably because it’s the daggiest looking one. It’s right in the middle of Sultanahmet, which is great for travellers because there is also the Topkapi Palace and the Hagia Sophia here.

Although there aren’t very good eateries here – Selim Usta’s Kofta Place is an exemption to that. It’s very cheap and easy. You cannot order the wrong thing because there are only four things on the menu.

Q: And the street food in Istanbul is meant to be great. What is your favourite street dish?

A: I’m a big lover of the street food. My favourite street food is a dish called kokorec. It’s a daring dish for some because it’s the large intestines of a lamb wrapped with small intestines, like a huge sausage, cooked over charcoal and served in real Turkish bread.

I was once coming home at about 3:00am in the morning from the European side of the city to the Asian side. I jumped off the ferry in Kadikoy where I live and there is a queue of 30 peopleclose to the wharf and there’s no beginning or end of the queue.

They’re calling out to me “queue up, queue up!” They tell me there is this kokorec seller who will come and sell kokorec if there are more than 30 or 40 people in the queue.

No one actually knows the number for the guy to tell him that there’s a queue waiting for him. But then a light comes on in an apartment nearby – it must have been the guy who has his number because in 15 or 20 minutes the kokorec guy comes on a little moped with a charcoal barbecue behind him.

He opens it up, cuts it up, serves it to us, then packs up and off he goes to the next destination. This is Istanbul for you.

Q: There’s some terrific seafood in Istanbul. Where are your favourite places for seafood?

A: There are really good seafood restaurants that cost a bit more than the street sellers (but it’s still cheaper than Australia).

My favourite is again on the Asian side, it’s called Ismet Baba, which has been there for 107 years. It’s good because it’s next to the ferry stop of Kuzguncuk.

Ismet is the name of the guy who opened it and Baba means father, and his family is still running it. Nobody speaks English but you can point to what you want or leave it up to them. And everything is very fresh.

Once you go out of the tourist areas like this, you won’t find the tourist prices. If you see an English menu you know that you’re getting charged more than what you should be.

Q: Everyone loves Istanbul and says it has some of the greatest night life.

A: It’s unbelievable. The nightlife is so impromptu – it can happen anywhere. You might sit at what you think is a café, go to the toilet, come back and it’s a nightclub.

There is really good quality nightlife as well. There are some mega clubs and there are lots of rooftop bars. I always say to tourists, do not eat at a hotel, but drink at a hotel because rooftop bars are great, especially for your initiation to the city.

Q: Do you have a favourite rooftop bar?

A: My favourite rooftop bar is also the only fine dining restaurant that I like in Istanbul. I don’t do fine dining in Istanbul because I believe the street food is so good… why would I pay five times the money for something that is not even the same quality and with more ‘wankiness’?

But one exception to that is Mikla Restaurant, on top of Marmara Pera Hotel. It’s a beautiful hotel in Beyoglu and on the top they have the best rooftop bar. A level below the bar is the restaurant, which is run by Mehmet Gurs, a great Turkish chef. He uses really good produce, he’s paying a fair price to the growers and it’s not fusion cuisine.

Q: What about outside Istanbul, do you have favourite towns that you would go to?

A: Istanbul is my home town but of course

I try to go to as many different cities that I can to get inspiration. My favourite city for culinary is Gaziantep.

You wouldn’t go unless you are a true food aficionado. Gaziantep is close to the Syrian border, so it’s a real Middle Eastern experience with very genuine hospitality and lovely people. Antique brass is big there… most of my plates come from there. They are cheap and they’re beautiful and they can make it for you in a day. But of course for me the real appeal is the food.

After the Morning Prayer, everyone goes to Ali Haydar for breakfast – they only sell liver kebabs. But you have to wake up at 5:00am in the morning because he closes his shop at 7:00am. He uses an old baby pram that he took all the cushions off and he puts his skewers in there. He has a charcoal barbecue and three plates of hot pepper, tomato and spring onions and there’s bread… that’s all! So all you have to say to him is “one, two, three” and he just puts it on the plate.

The most popular kebab and baklava shop in Gaziantep is called Imamcagdas. They do five tonnes of baklava every day, one tonne of which they send by plane to the parliament house; because they don’t eat enough the poor guys, they’re malnourished.

Gaziantep is pretty much the baklava capital of the world but they also have another famous dessert called katmer. One place named Orkide, looks like an old French patisserie and they sell éclairs and everything like that. But the one thing that it’s known for – even though it’s not on the menu – is Katmer, because it’s so beautiful.

Q: Where else in the world do you think there are great Turkish restaurants?

A: Sipsak in New York – they stay true to the tradition. But we don’t need to go that far because GigiBaba in Melbourne is also wonderful, it’s a great mezze bar. Obviously Ottoman in Canberra is very good, as it has been an institution for over 25 years, but they have more of a fusion cuisine so you don’t get the exact flavours.

But my favourite is Oleana, in Cambridge Massachusetts, run by Ana Sortun. To create that menu and put it into the fine dining scene in the US is amazing – I really respect that girl.

Q: Is there anything else that people should think about when they go to Istanbul?

A: Go to the spice markets definitely, it’s beautiful. Get outdoors to where there are more Turkish local flavours.

Also in Istanbul one of the best trips that you can take away from the hustle and bustle of the city is the Paradise Islands. They are on the Asian side and you can get there by ferry. It will take half an hour to get to the Asian side and another half an hour to get to the islands, but it’s worth it. No traffic, no cars, lots of seafood restaurants and great horse carriages. Of course, good food as well, and it’s not too expensive. So it’s a great day out that is away from the touristy areas.

Somer Sivrioglu is the owner and head chef at Efendy in Sydney’s Balmain. He also sells authentic Turkish spices at the Pyrmont Growers Market, held the first Saturday of every month. Efendy, 79 Elliott Street (Corner of Darling Street) Balmain, 02 9810 5466, efendy.com.au