Jungfrau railway; the most magnificent views of the Alps 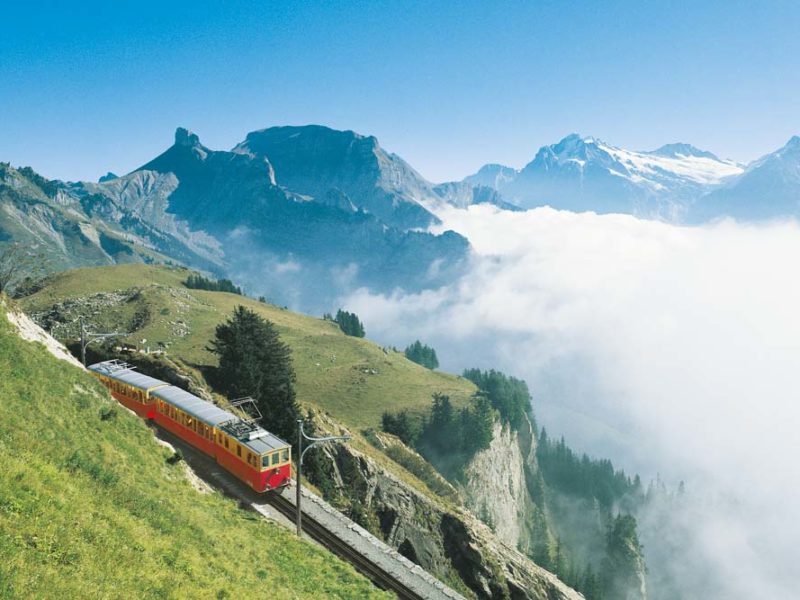 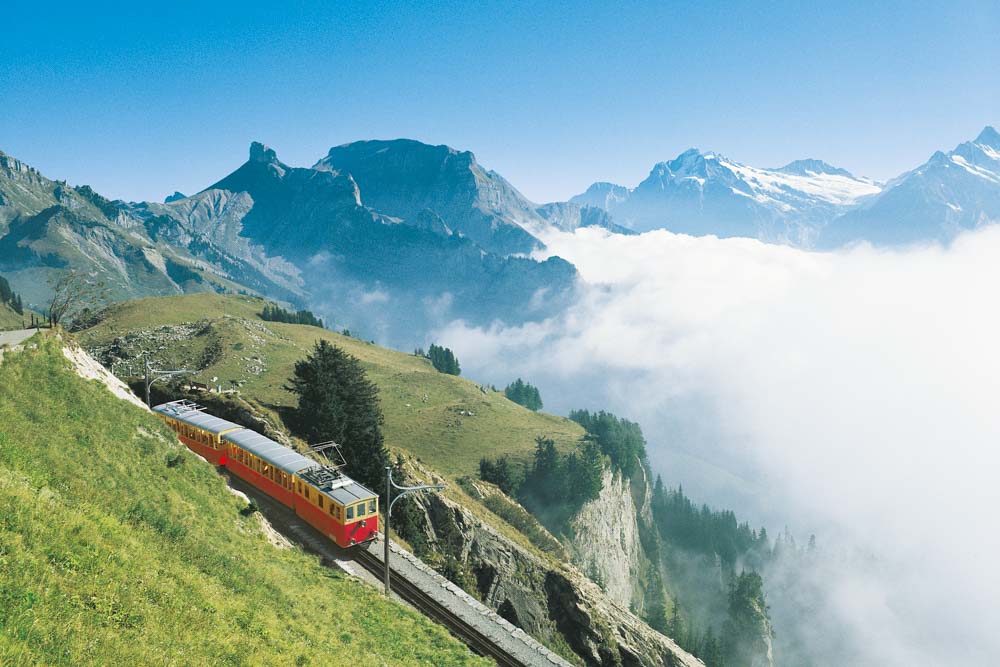 The Schynige Platte Railway in Switzerland, snakes through dramatic scenery.

Mark Daffey discovers the Jungfrau railway takes you to the top of the Alps and the most breathtaking vistas in Switzerland; all without breaking a sweat.

An elderly man in hiking boots has just made it up the side of a mountain ahead of me. Like me, there isn’t a bead of sweat on him – not bad, considering we’ve just climbed 1400 metres in 52 minutes.

But then we didn’t hike up; we caught a train.

Both of us have the same idea – to hike from Schynige Platte to First – and we are getting to our starting point the same way too, on the country’s oldest cog (or rack) railway.

The Schynige Platte Railway has been rattling up the mountain from Wilderswil, near Interlaken, for more than 120 years. Today the railway is electrified, but when it first opened in May 1893 it used steam traction to power its way uphill.

Little has changed otherwise. Two carriages containing timber bench seats are connected to an electric rack locomotive that always operates at the lower end of the train, pushing it uphill and leading it down. 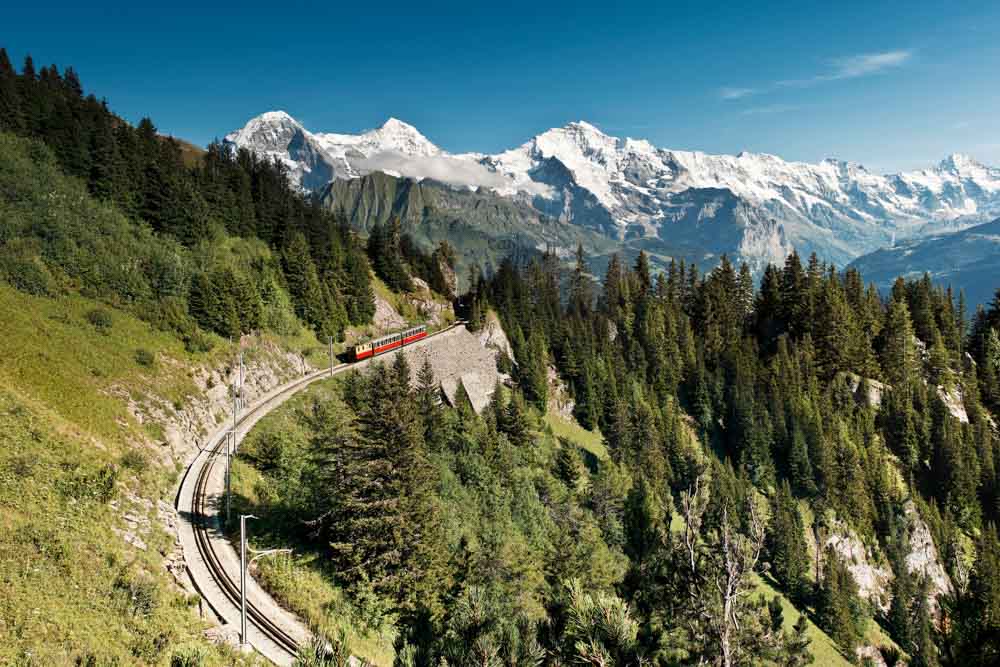 The Schynige Platte Railway has been in operation for more than 120 years.

The old man was seated a few rows in front of me, which is why he made it to the top first. Not that I care; this was a novel way of getting to where I wanted to go anyway.

From Wilderswil, we cross the Lütschine River before our red rattler commences its climb uphill. Forests obscure the views back down the valley until the trees give way to lush alpine pastures.

By this stage, the twin lakes of Brienz and Thun are far below, cradling the tourist hub of Interlaken between them. But it’s on the final stretch where we are really wowed.

The Swiss Alps practically smack you in the face at times, they’re that close.

Here, on top of a ridgeline that forms the backbone of the Schwartzkorn Range in the Bernese Oberland, the 4000-metre peaks of the Eiger, Mönch and Jungfrau stretch towards the heavens.

Snow crowns their summits year-round, while glistening glaciers that were once mined so that Parisian socialites could cool their cocktails tumble from their peaks. Over the ridge, snaking for 23 kilometres, is Europe’s longest glacier.

Jungfrau Railways operates the Schynige Platte line, and if I squint I might be able to make out another of theirs, the railway line from Kleine Scheidegg to Jungfraujoch-Top of Europe, Europe’s highest altitude station.

Even more than the Schynige Platte line, this is one amazing feat of engineering. And persistence.

Despite numerous setbacks – both physical and financial – those responsible for constructing this line managed to burrow seven of its nine-kilometre stretch through the solid rock of the Eiger.

They also managed to incorporate two stations along the way, with windows out over the Grindelwald Valley. But that’s for another day.

It’s hiking I’ve come here to do, and for the rest of the day I walk past gushing waterfalls, through meadows filled with wildflowers and over mountain passes.

I eventually reach a gondola that ferries me back down the valley to Grindelwald and my hotel for the night.

All without breaking a sweat