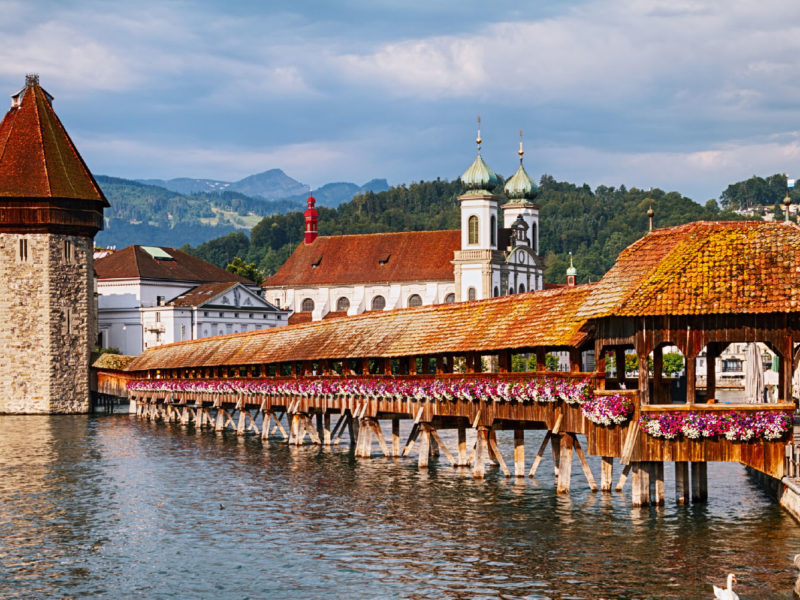 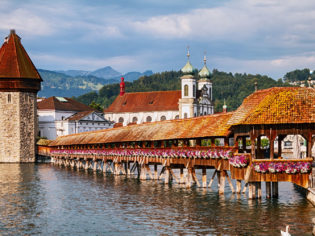 This fascinating needle dam (nadelwehr), also known as Reuss Weir, was built between 1859 and 1861 to control the flow of water from the River Reuss into Lake Lucerne in order to prevent flooding and regulate the water levels; wooden needles are inserted or removed from the weir to affect the flow of water.

Built in the 14th century as part of the fortifications protecting the then town, the Musegg Wall and four of its nine towers (including the Männli tower, adorned with a statue of a soldier) are open to the public; you can walk the ramparts to enjoy views over the old town and the city beyond. 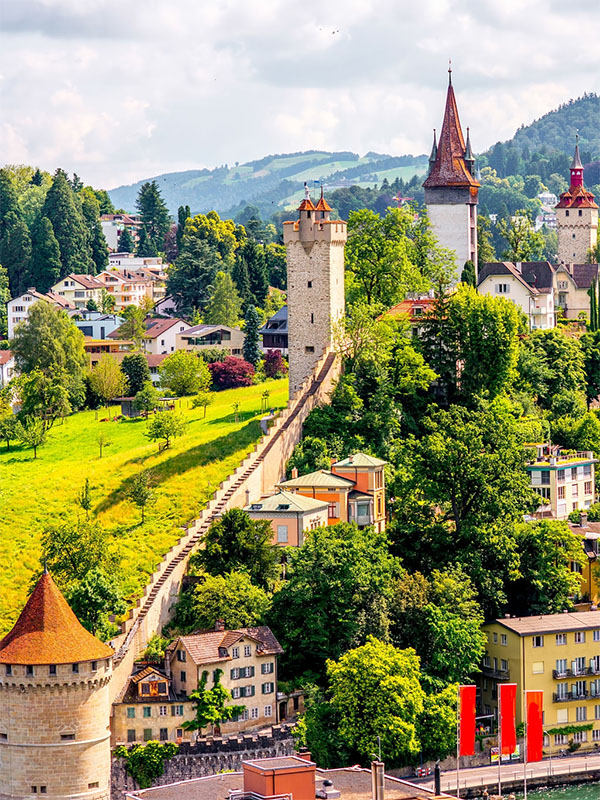 The Musegg Wall is open to the public

3. The Lion of Lucerne

This rock relief of a dying lion is heartbreaking in its precision; it was carved in 1820/21 in memory of the Swiss Guards who lost their lives in Paris during the French Revolution. Mark Twain called it “the most mournful and moving piece of stone in the world”.

The heart of Lucerne’s Old Town, the historic buildings that rim the Kornmarkt including the old Town Hall and bakers’ guild hall (now a restaurant serving Swiss cuisine) are some of the most beautiful in the city, and many are decorated with historic murals.

5. Breakfast at the Wochenmarkt

Stretching along the river, this market, held every Tuesday and Saturday, is where locals come for their produce. There are stalls selling fresh bread and baked goods, and access to great coffee for breakfast as you browse.

Sitting at the edge of the River Reuss, the Jesuit Church (Jesuitenkirche) was consecrated in 1677, although its distinctive onion-domed towers were only completed in 1893. Step inside to see the fanciful Baroque nave and high altar resplendent in marble stucco and gilt.

Held every Saturday between May and October from 7am, the flea market at Reusssteg is the biggest in the city. Stalls groan under the weight of bric-a-brac, curios and vintage clothing, with stallholders who are happy to haggle. Search out old cow bells for a uniquely Swiss souvenir.

Originally built as part of the medieval city around 1408 to connect surrounding flour mills with the bakers’ shops found on the left bank of the River Reuss, the covered Spreuer Bridge is decorated inside with fascinatingly macabre murals depicting the Dance of Death.

10. Indulge in some Swisse Cuisine

With its outdoorsy lifestyle and cold Alpine winters, it’s no surprise that traditional Swiss cuisine is made up of hearty dishes designed to warm you up from the inside.

Many consider this potato fritter to be the national dish; it’s made by forming grated potato into rounds and frying until crisp and golden brown. Originating in Bern as a farmer’s breakfast, they are now enjoyed across the country.

A uniquely Swiss version of macaroni cheese that originated in the Alps, it’s made by layering pasta and potatoes with cheese, all of which is topped with fried onions and served with apple sauce.

Älplermagronen aka Swisse mac and cheese

Arguably Switzerland’s most famous dish, fondue is made up of molten cheese sauce served in a caquelon, into which chunks of bread are dipped. Potatoes are also popular for dipping.

Invented by Swiss doctor Maximilian Oskar Bircher-Benner at the turn of the 20th century, Birchermüesli is traditionally made by combining rolled oats with milk, lemon juice, nuts and grated apple.

By the late 19th century Swiss chocolatiers had gained a world-leading reputation thanks largely to the invention of milk chocolate and Rodolphe Lindt’s development of fondant chocolate.

Switzerland may be a landlocked country but you can still go to the beach. Stretching along the shore of Lake Lucerne, the Strandbad Lido (open from May to September) has a sandy beach, parklands and pool (badi) all looking out to stunning mountain views.

This is where locals flock during the summer months to soak up the sun and enjoy natural swimming in the clean, refreshing waters of the lake. And if the temperature is a little too cool for your liking, the pool at the lake’s edge is pleasantly heated. If swimming isn’t your thing, opt for one of the many river boat tours that ply the lake all year round. 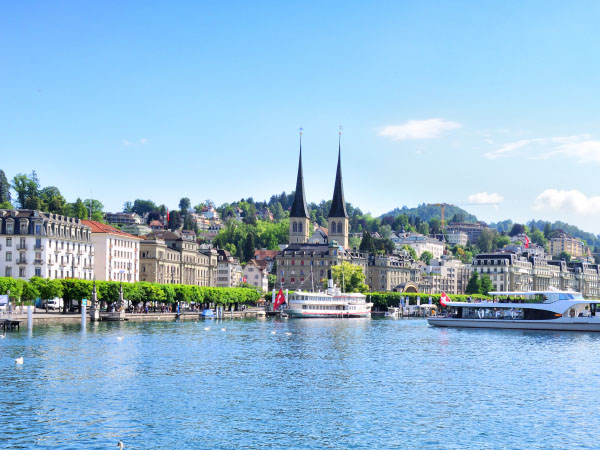 Lucerne’s reputation as one of Switzerland’s prettiest cities is instantly confirmed upon seeing the glorious Chapel Bridge or Kapellbrücke that snakes across the River Reuss. The covered wooden bridge was built around 1365 as part of the city’s fortifications; its water tower pre-dates the bridge by 30 years and has been used as a prison and torture chamber during its history.

Paintings depicting the history of Lucerne were added to the interiors in the 17th century. Two-thirds of the bridge, the oldest covered bridge in the world, was devastated by fire in 1993, reopening in 1994 having been restored to its original glory. 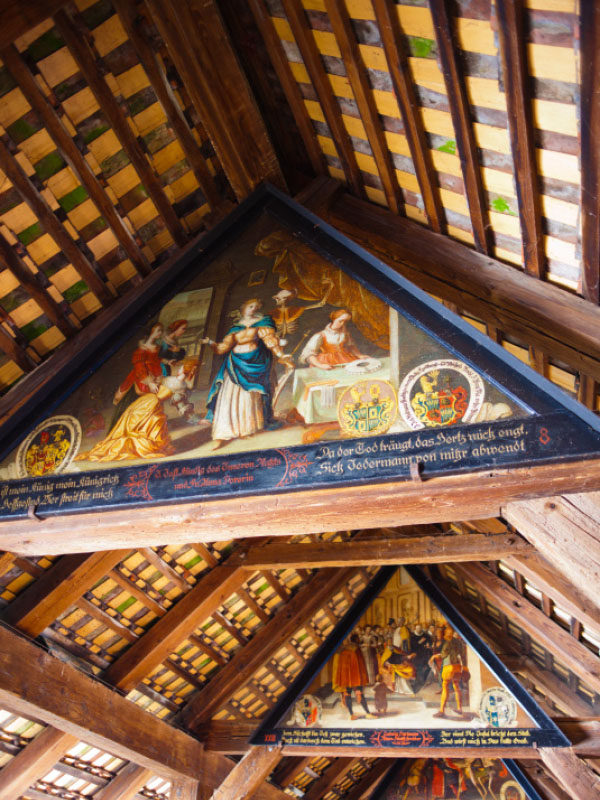 The Chapel Hill bridge has been restored to its former glory 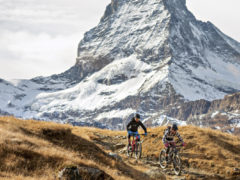 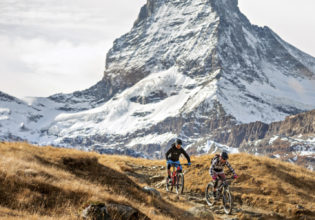