7 unmissable places to visit in Morocco 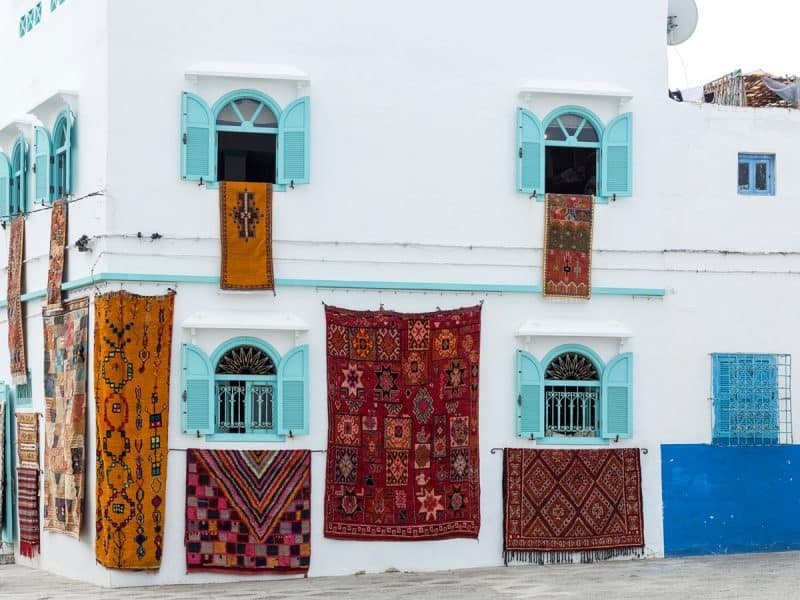 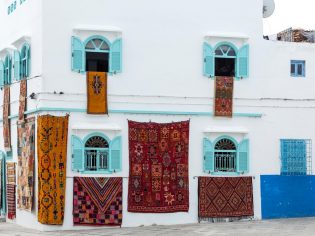 The seaside Moroccan city of Asilah is known for its stark white architecture.

Glamp under the stars in the middle of the desert in Merzouga, haggle for argan oil in the souks of Fes and take in the unique, coastal beauty of the “blue city” in Chefchaouen…

Morocco dazzles every one of the senses. The scent of spices and roasting meat on the streets to steaming Moroccan mint tea. The unique design, bold colours and elaborate architecture on full display from mosques to riads. The bustling souks, filled with the clamour of bargaining. The smooth touch of handmade leather bags and woven trinkets in the marketplace to the mouthwatering delights of the local cuisine.

Every destination in the country possesses some degree of that unnamable Moroccan mystique and allure. But don’t be tempted to just visit a big city like Marrakech and call it a day. Like any diamond, Morocco is best admired when observed in all its shimmering facets. Here are the destinations you need to add to your itinerary.

Go for: the big Moroccan personality

It shouldn’t be the only destination on your list but no trip to Morocco is complete without it. Nearly every Moroccan city has a central marketplace called the souks – but Marrakech rivals them all. You could wander the maze-like alleys lined with baskets of spices, woven bags and decorative lanterns for days. Get ready to bargain: the first price you’re given is always just the starting point for negotiation. 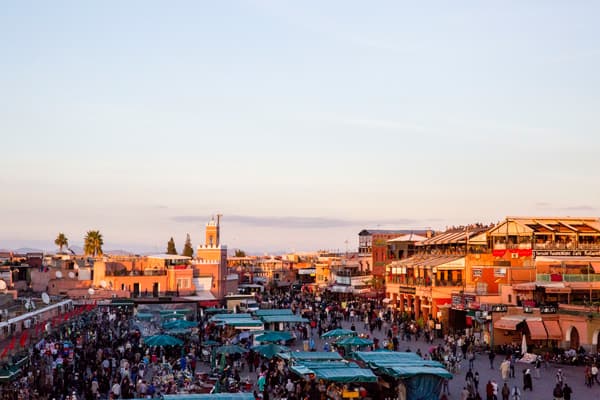 The souks of Marrakech are some of the best in Morocco. (Image: Edwina Hart)

Once you finally emerge from the souks, walk a little way to see the Ben Youssef Madrasa, the oldest mosque in the city, and be sure to book a tour to fully appreciate the beautiful architecture of the place. From the iconic keyhole arches to the colourful tile mosaics, this mosque showcases all of Moroccan architecture’s best features. 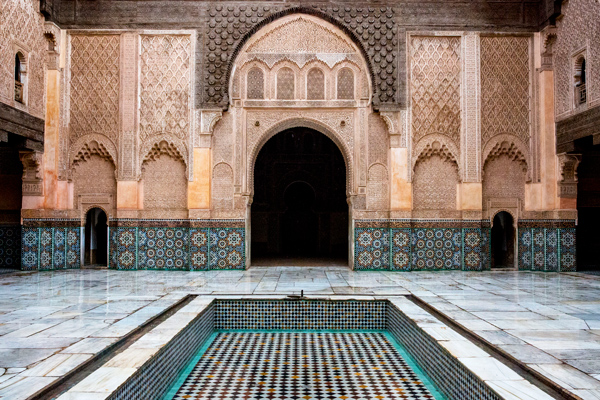 The Ben Youssef Madrasa was once the largest Islamic college in Morocco and remains one of the finest examples of Arabic architecture in the country. (Image: Edwina Hart)

Another Insta-worthy spot saturated with bright colours and interesting design is the Jardin Majorelle botanical garden. Make sure to book your ticket at least 24 hours in advance to avoid missing the exotic vegetation and cobalt blue architecture. 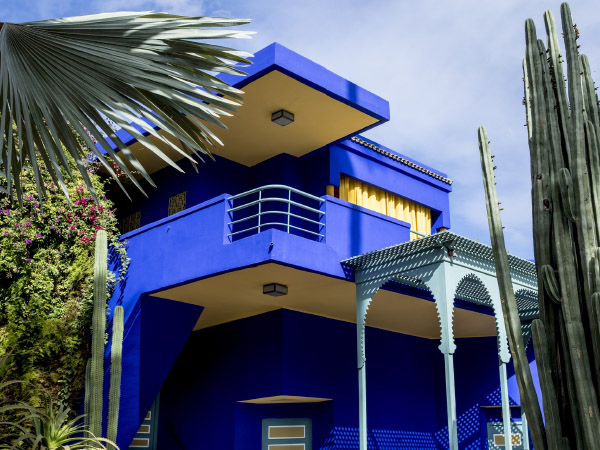 Inside the Jardin Majorelle, with its signature blue villa. (Image: Edwina Hart)

There are numerous tours that will take you outside the big cities for a camel ride in the “desert,” but the small village of Merzouga puts you right in the middle of the true Sahara Desert. The 11-hour drive through windy mountain roads is not for the faint-hearted, but the scenery is beautiful and the destination is worth it. If you’re driving yourself from Marrakech, make a stop halfway in Ouarzazate.

For an even more immersive desert experience, book a glamping experience outside of Merzouga. Guests are transported out to a luxurious campsite in the desert complete with running water, meals and entertainment – including camel rides, sand surging and traditional performances. 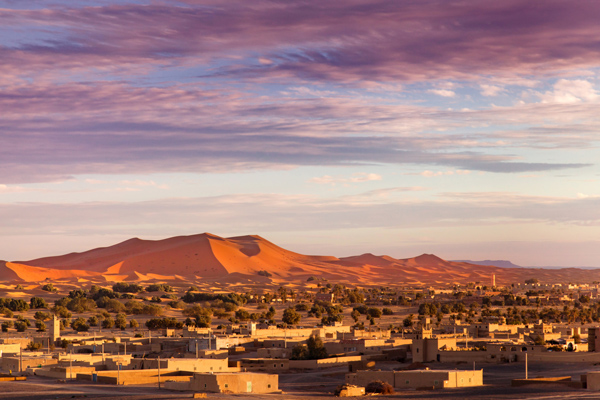 The small village of Merzouga puts you right in the middle of the true Sahara Desert.

Go for: a picture in the iconic “blue city”

No one is really sure why Chefchaouen is painted blue. Some say the Jews painted it when they took shelter there during World War II. Others say it was to deter mosquitos or to combat the heat. No matter the reason, there’s no question that it has made Chefchaouen one of the most unique places to visit in Morocco. 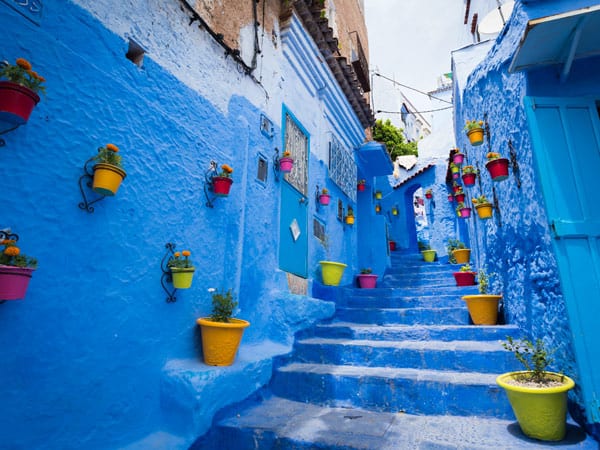 Visiting this unique city is a must.

The city lies in the shadow of the Rif Mountains, making the view beyond the blue walls just as beautiful as it is within. There are plenty of great hiking trails to explore. Start by venturing up to the old, abandoned Spanish mosque overlooking the city – it might just be the best vantage point for a photo of the town in all of its azure glory. Make your way to the waterfalls of Ras El Maa, just outside the far northeastern gate of the Chefchaouen medina, for another facet of the city’s natural beauty before you call it a day. 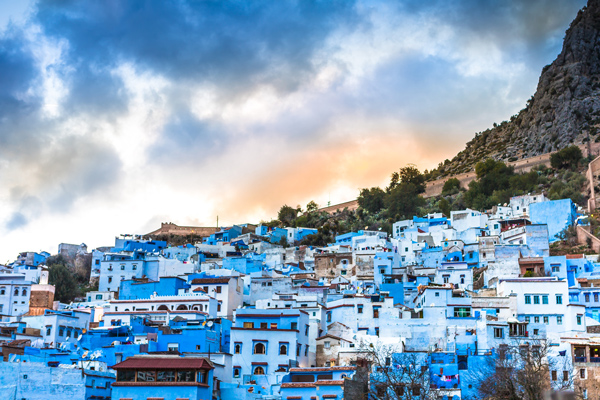 Chefchaouen is known as the ‘blue city’.

Go for: a taste of the charming, coastal Moroccan life

This white-walled city on the edge of the sea incorporates all of the beautiful architecture and culture we have come to expect in Morocco, but with an aura of tranquillity rather than sensory overload. The small beach town has a rich history, beginning as a Phoenician port that was later ruled by the Portuguese, you can still feel the echoes of these eras gone by in the ancient fortified walls, storied alleys and cobblestone streets of the medina.

Standing in stark contrast to the brutally hot conditions of most North African cities, Asilah’s seaside location comes with the added bonus of moderate temperatures – making it a great place to visit during the summer! 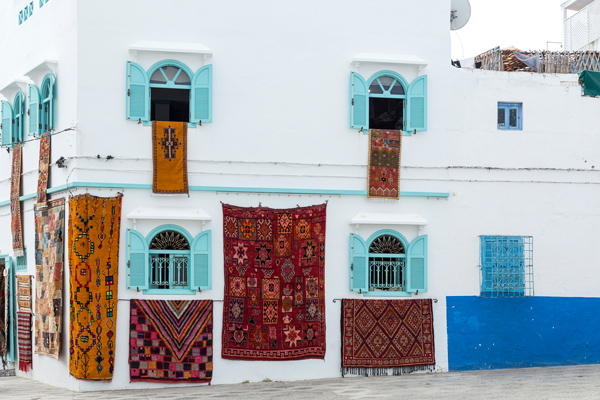 The seaside Moroccan city of Asilah is known for its stark white architecture.

Go for: a taste of Moroccan architecture and culture at its finest

Even after its 400-year stint as the nation’s political capital city came to an end in 1912, Fes is still regarded as the country’s “cultural capital”.

The Fes El Bali medina’s status as a UNESCO World Heritage site results in an exceptionally well-preserved look at an old Arab city. Walk through the soaring keyhole arch leading into the medina, and get lost exploring the hundreds of winding, narrow alleyways. So narrow, in fact, that car transportation is impossible, making the medina one of the world’s largest car-free urban areas in the world. 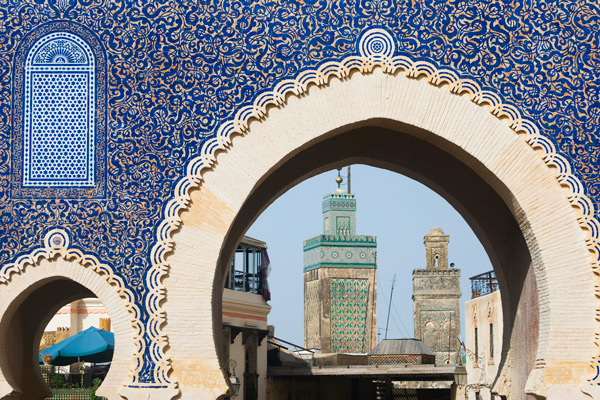 Fes was once the capital city of Morocco.

Fes’s tanneries are another notable point of interest in the city. You can take tours and learn about the practice, but be warned – it stinks. Literally, not metaphorically. For those who wish to avoid the odour, you can always just enjoy the fruits of the tanneries with the purchase of a genuine leather bag or sandals in the souks. 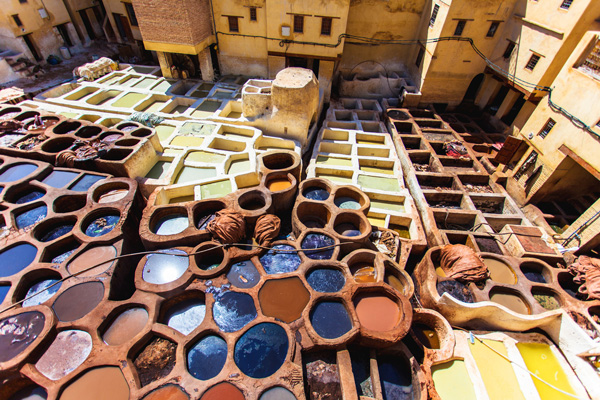 The famous tanneries of Fes are worth a visit if you can stand the odour.

Fes is well known for its intricately detailed architecture and you will instantly admire it on a walk throughout the city, but the Al-Attarine Madrasa is arguably the most notable of the historic sites and attractions.

Go for: a relaxed, coastal escape popular with celebrities

Essaouira is another Moroccan city on the Atlantic coast that has remained a relatively hidden gem – except, that is, to the celebrity elite, such as Jimi Hendrix and Bob Marley.

The coastal town is easily reached by plane from Marrakech, making it a great itinerary addition for those looking to escape the big city for a few nights at a slightly slower pace. 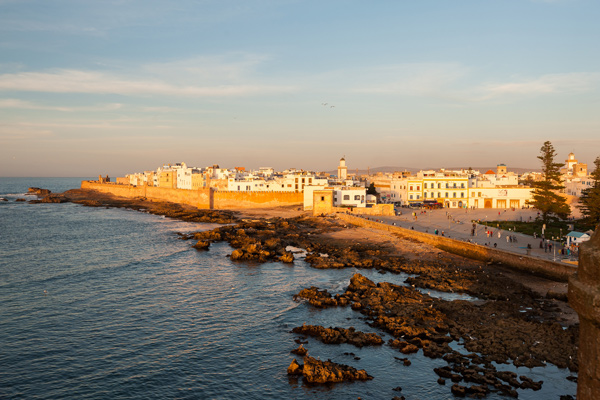 The city walls of Essaouira.

Game of Thrones fans will recognise Essaouira, as much of season three was shot within the seaside town’s ancient ramparts. 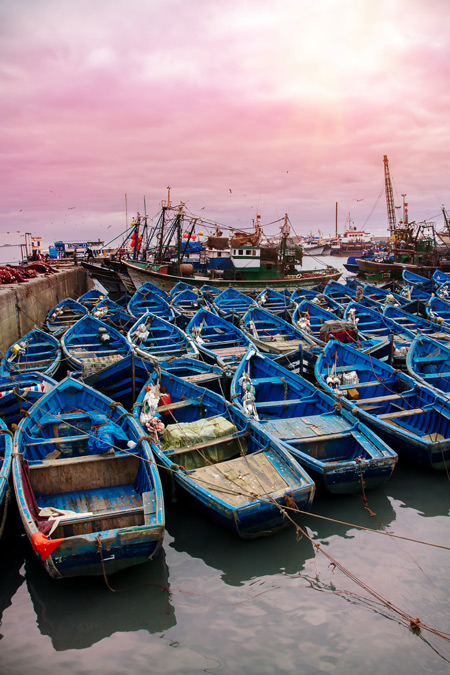 The port of Essaouira, Morocco.

Affectionately nicknamed Ouallywood, decades of iconic movies have utilised Ouarzazate’s stunning desert backdrop in films such as Gladiator, Cleopatra and Lawrence of Arabia. You can tour the film sets and even stay in a movie-themed boutique hotel with each room thoroughly styled to represent a movie that was shot in the town. 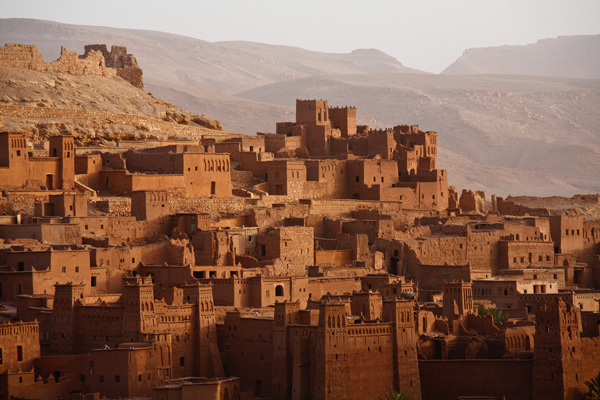 The of Ait-Ben-Haddou is one of the most impressive kasbahs in Morocco.

Beyond its Hollywood ties, Ouarzazate is also known for its impressively constructed kasbahs or defensive citadels. The Ksar of Ait-Ben-Haddou is one of the most impressive and you can book tours to learn the history of the ancient Berber people.

Ouarzazate is also approximately halfway between Marrakech and Merzouga, making it the perfect place to stop for those on a road trip to the great Sahara Desert.