Walk this Way in Dublin 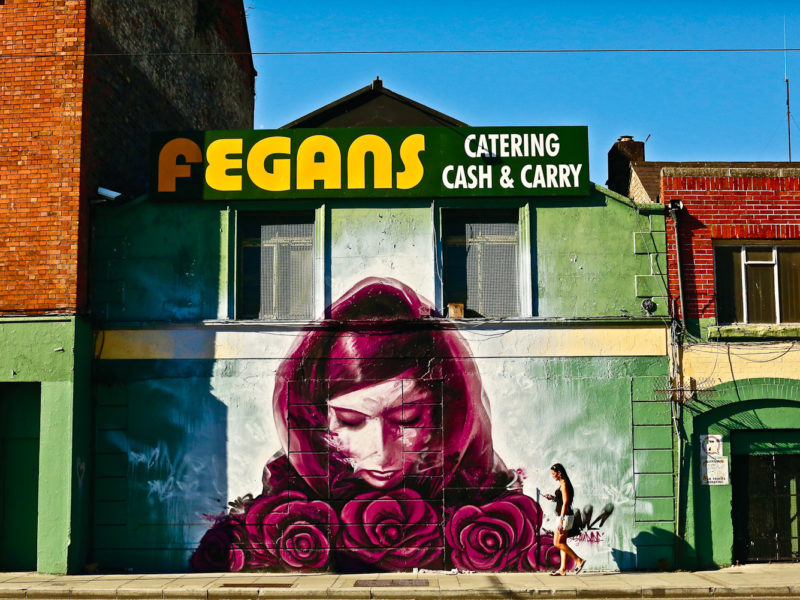 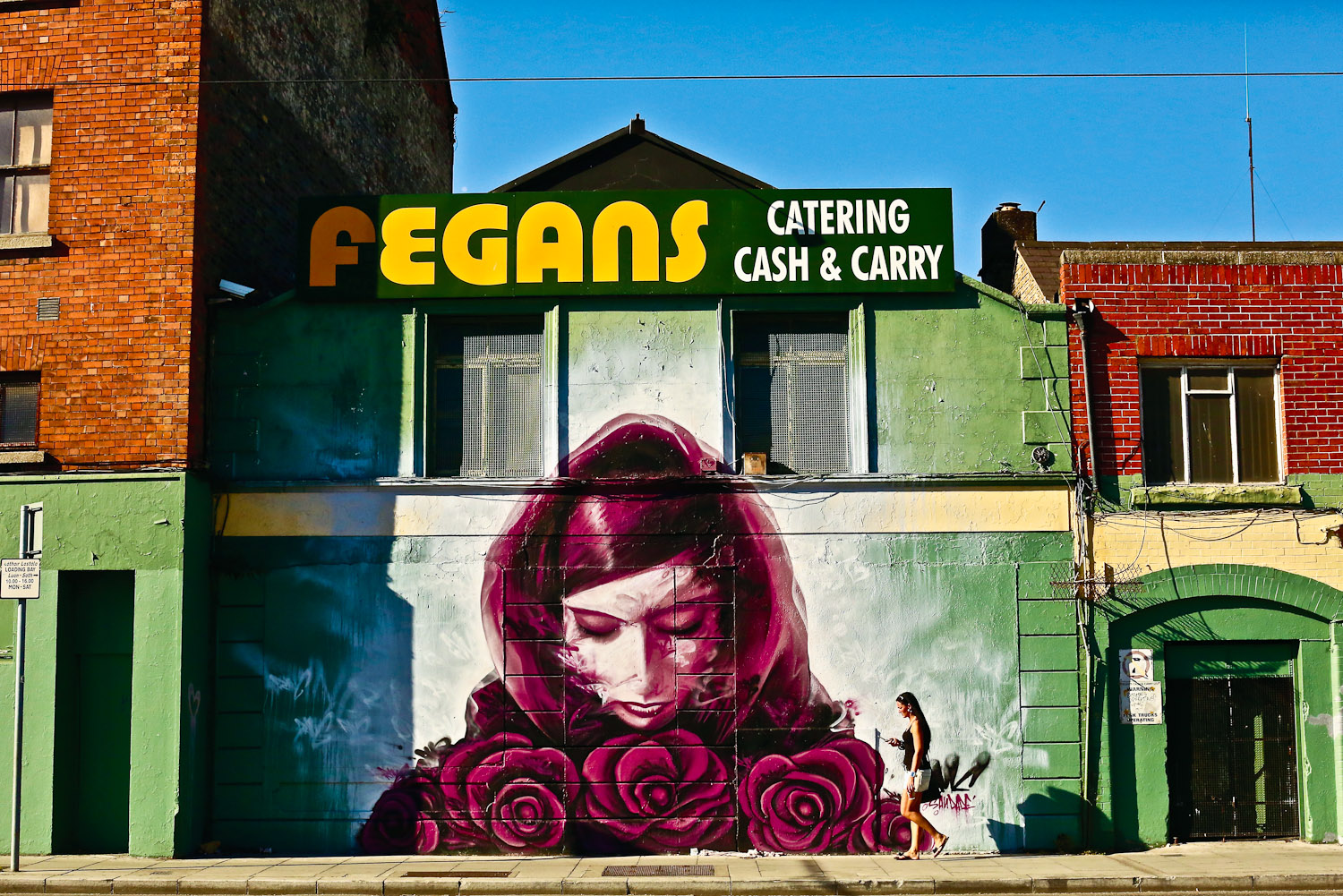 As a vintage clothes-loving stylist leads her around Dublin, Jennifer Pinkerton eschews the usual pubs and cathedrals and discovers a city high on whimsy.

He bounds from the door of a derelict Dublin terrace. “Carpe diem,” cries Kevin Cunningham, “Let’s go and see the nuns!” With a voice like a flute and a pocket full of keys, our host leaps across Henrietta Street, a corridor of aged Georgian houses in the northern part of the city.

I feel like I’m on a film set. In a sense, indeed I am. Kevin manages a neighbouring heritage home, let out to film and photographic crews.

There’s a shoot taking place today and that’s why we’re here. This is our first stop on a Le Cool Experience walking tour, an unorthodox concept from online local magazine Le Cool Dublin: an evolving tour taking in Dublin’s latest trends – street art, fashion, culture – where the stops, routes and suite of hosts (or ‘tour contributors’) are different each time.

Though our intention was to see Kevin’s film set house – complete with dripping candles, cluttered mantle pieces and aged paintings of Jesus – he is already badly sidetracked and eager to show us other grand neighbouring properties, many of which are crumbling and unoccupied.

Holding on to his hat, Kevin hops from stair to stair like a West Side Story extra. “I think I can get into this one,” he says, sidling up to a door and twisting a key with vigor. No dice. He shrugs. “Looks like they’ve changed the locks.”

“What about the nuns?” a walker asks.

“Ah yes! Onwards!” And we push on through another door still.

It’s an unscripted part of the tour, and a delightful one at that. No one quite understands Kevin’s magical set of keys, or how he got hold of them in the first place, but to behold his enthusiasm for the street and its history feels surreal, yet enchanting. And a little bit elicit.

Our petite red-headed guide Irene O’Brien – Le Cool stylist and writer – is thrilled at Kevin’s energy, but gently frustrated, too. “Many of our contributors love to talk. My biggest challenge is keeping to a time schedule so we fit everything in,” she says from behind over-sized ’70s shades.

Runaway schedules aside, the tour’s surprise elements keep walkers returning for more. These include Dubliners as well as travellers from further afield. “People enjoy the ‘of-the-moment’ nature of the tour,” says Irene. “As well as the fact that the walk changes every time we do one.”

It’s a new breed of tour that grants guests an audience with extraordinary people, collectives and spaces – typically those with an artistic or community-based bent.

Le Cool Dublin’s publisher Michael McDermott explains the idea’s genesis. “We decided that we [the editorial team] spend a lot of our days sitting behind laptops and not getting out to see things as much as it might appear that we do. So we got thinking, ‘How about we put together an eclectic kind of walking tour? One that isn’t traditional in any regard, that isn’t historical, and one that is continually evolving?’” he says.

“It’s kind of exciting because we’re bringing people into doors and spaces that they wouldn’t normally be aware of. And finding out, you know, where the party’s at.”

For now, according to Kevin, the party’s at a nunnery located one residence south of the door that wouldn’t open. But the receptionist is hardly on the ready with champagne. She blushes shyly while 10 travellers fill her foyer, each sending camera flashes bouncing off the walls. “Mind if we take a quick look?” asks Kevin, addressing her by name. She nods. And on Kevin cartwheels, sharing architectural details, gossipy tidbits and more.

Soon, though, there’s a scene change. And quite a shift in mood. We walk from Henrietta Street towards a fence bombed with yarn. This is Granby Park, a temporary pop-up community space created by volunteers.

“Four weeks ago, this was rubble and needles,” explains the initiative’s co-creator, Sam Bishop. Along with other altruistic architects and artists, Sam produced the park with crowd-funded finance. “It’s about showing people you can make something out of nothing,” he says.

Granby’s is open for just one month, so it’s a moment-in-time experience for our particular group. It boasts a café, play area and an outdoor cinema, however my favourite feature is the amphitheatre. Three hundred repurposed pallets were used to craft its walls, an elegant wooden loop in which ‘industrial’ meets ‘hip’.

I’m keen to stroll these paths, where posies spring from old boots, but Irene ushers us on. We push on through the city while clouds scatter rain. A date with death awaits.

James Joyce House of the Dead is yet another project born from passion. Located at Usher’s Island, this creaky old manor is a venue for wakes, events and ‘living dinners’ – monthly recreations of the dinner party featured in Joyce’s short story The Dead.

Its owner, charismatic former human rights lawyer Brendan Quilty, greets us at the steps. “Come in for tea and more!” he sings, winking with the word ‘more’.

In a painted pink room Quilty serves coconut cake on fancy china, then regales us with tales from the house. “We once held a wake for Ned Kelly,” he says. “It was a random event. But we bought a coffin for the occasion,” which we see later downstairs.

James Joyce’s aunts, Gabriel and Greta, lived here in the late 19th century. Visiting as a student in 1979, having not read a word by the author, Quilty experienced an epiphany. “I knew I’d own this place one day,” he says.

Local playwright Peter Sheridan writes of its atmosphere: “As you walk up the stairs you cannot help but feel the presence of ghosts; Gabriel and Greta, all the guests and James Joyce, too. Then you notice that the stairway slopes to the left and it is almost as if you are falling back into the past, falling into the arms of all the living and all the dead.”

“If you’d like to come back for dinner, I can have it arranged at short notice,” Quilty calls after us as we spill back onto the street.

Padding along the homestretch beside the River Liffey, Irene tilts her shades, pats her frock and sighs. She’s spent. And understandably so; this tour’s seen energies soar higher than a cathedral spire.

“A buzz sets in when people are open to anything and they come along knowing very little about what to expect,” she says. “It’s something quite alive, and many an idea and friendship has been sparked during our rambles. Often, walkers aren’t quite ready for the conversation to end.”

In true urban style, Irene bids us farewell and disappears down a laneway. Before she’s out of sight, her red locks catch the sun. A final flash of colour on a drizzling Dublin day.

• When to go:  Tours run for around two hours, usually on a Thursday or Saturday, two to four times a month (15 people maximum per group). 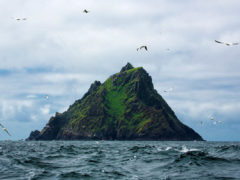 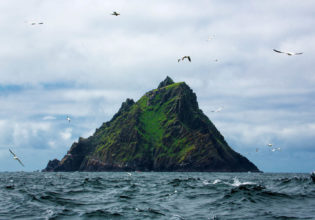