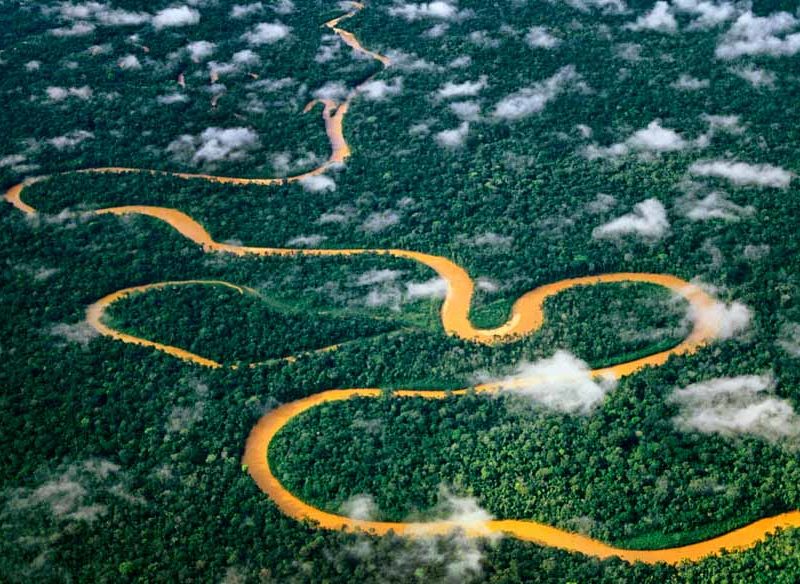 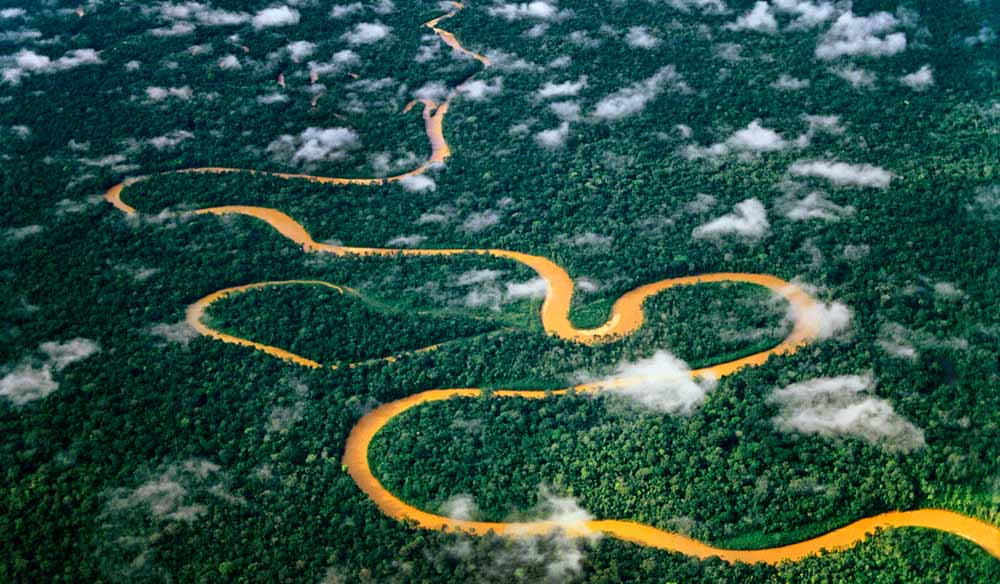 Zig and zag along the Meandering River in the Manu National Park, Peru (photo: Frans Lanting/lanting.com).

How to see the world’s most remarkable protected places and the unique wildlife they harbour.

There’s a remote, mostly inaccessible corner of Peru bordered by mighty rivers and mountains that has been largely left untouched by modern man.

From the high-altitude grasslands of the Andes down to cloud forests and thick Amazon jungle, Manú National Park encompasses a unique wilderness that UNESCO recognised as a Biosphere Reserve before declaring it a World Heritage Site in 1987.

Its diverse range of habitats, which cover an area nearly half the size of Switzerland, means the park is host to an abundance of life – so much so that late last year it was found to have the highest terrestrial biodiversity of any protected area on Earth.

Access to much of the Manú National Park is restricted, such is the desire to keep it completely untouched.

However, make your way up the adjoining Cultural Zone, a buffer area where communities live and work, and you can enter the park to explore the ancient rock art of the Amazonians at Pusharo and take a boat up the Manú River to spot jaguars, caimans and hundreds of bird species.

So, descend from the Andes into the rich broth of life that is Manú.

Manú has much for you to grapple with: start with these stunning stops:

With an 18-metre-high lookout tower on its shore, Lake Otorongo is a great place to spot black caiman crocs and the jaguar deep in the rainforest up the Manú River.

And because of the high vantage point and the chance you get to see some of Manú’s many birds, you’ll be kicking yourself if you don’t have a zoom lens.

Dip into the southern tip of the park on a side road off the Carretera a Manú to find the Mirador Tres Cruces.

This lookout gives you a spectacular view out to the valleys where the Andes meet the Amazon.

On a clear day you’ll be able to see from the snow-covered peak of Mount Ausangate all the way down into the depths of the Manú jungle basin.

We’re spoilt when it comes to dazzling, colourful birds in Australia, but Manú National Park has its fair share too, including the iconic macaw.

The parrots flock to exposed faces of clay in the forest and lick them – perhaps for the minerals needed to counter the effects of certain toxic plant material, or to compensate for a low-sodium diet: the science is still being investigated.

Watching a flock of rainbow-hued scarlet macaws descend on a ‘clay lick’ is one of nature’s great spectacles.

One of the largest examples of indigenous rock art in the Amazon can be found within Manú National Park.

The intricate carvings in a limestone cliff face at Pusharo could be the vestiges of a lost, Amazonian people, although some think they have an Incan origin.

You’ll need a special permit to see the rock art: obtain one by joining a dedicated tour to Pusharo, during which you’ll stay at a Matsigenka-community run lodge (see manulodges.com).

This oxbow lake, or cocha as the locals call them, can be found deep in the national park and constitutes pristine Amazon habitat ripe for bird-watching.

It’s home to giant otters and the largest rodent on the planet: the capybara.

Stay at the Cock of the Rock Lodge to spot the national bird of Peru, the ‘cock of the rock’, with its striking red head and back.

You’ll find the lodge as you travel through Kosñipata Valley and its cloud forests. inkanatura.com

To journey deep into Manú National Park you’ll first need to take a boat along the Alto Madre de Dios River in the Cultural Zone.

It’s a picture of life on the cusp of the wild heart of the Amazon as you pass plantations and villages on the river’s banks. 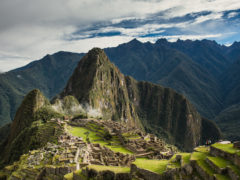 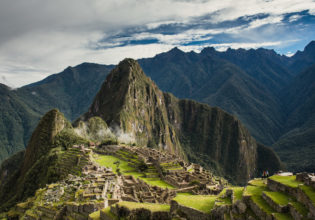