Pushing through a desert storm in Jordan 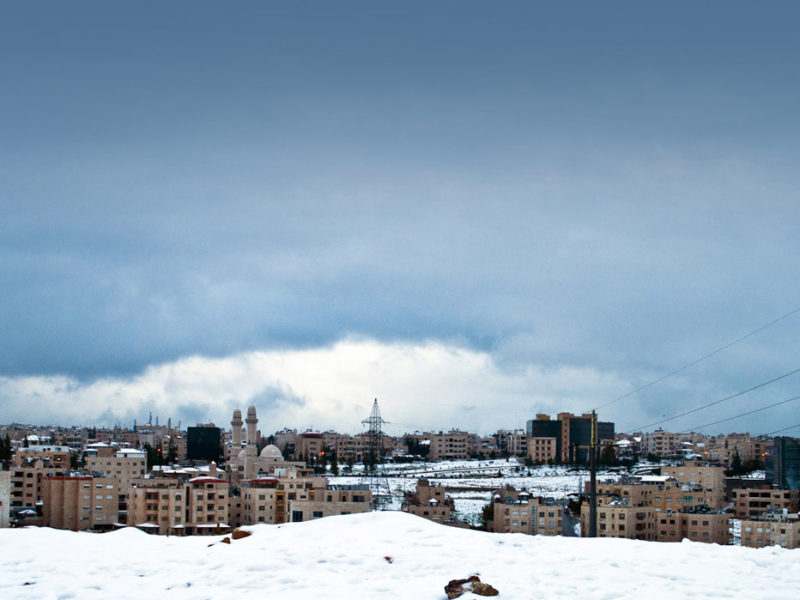 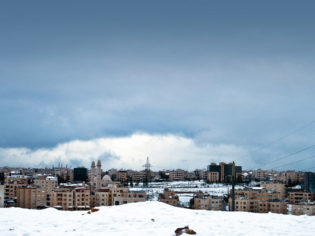 When one of our readers travelled to Jordan she expected to be met with sand and heat. What she got was snow and cold…

I love adventure. I love a challenge. I love being thrown out of my comfort zone. At least I thought I did until my all-too-brief trip during a storm in Jordan in December.

I had arrived in Dubai having spent two weeks in Kathmandu and made the impetuous, last-minute decision to jump on a flight to Jordan the very next morning. I did contemplate Yemen (Google ‘Socotra’ and you’ll see why) but I didn’t want my parents to cut me out of their will. A country bordered by Syria, Iraq, Israel and Saudi Arabia was clearly the safer option!

Spontaneous adventure is great but I usually like to arrive at a destination well researched and fully prepared. But with only hours between booking my seat and arriving at the airport, something had to give. Besides, I knew the basics: Petra, Wadi Rum, the Dead Sea, and non-Gulf Arabs. I’d be fine.

Something seemed amiss, however, when I boarded the plane in a T-shirt and noticed everyone else was carrying heavy coats, beanies and scarves. Did they know something that I didn’t? Of course they did.

Upon landing at Queen Alia International Airport the pilot announced that it was -1ºC outside. I was spectacularly unprepared in terms of clothing.

Prior to leaving Dubai, I had decided to book a rental car and my first night’s accommodation at Dana Nature Reserve off the scenic King’s Highway. When I was shown to my rented Nissan Sunny I was surprised to find it blanketed in snow. A window seat on the plane on the way over would have been really beneficial.

“Is this normal in the Middle East?” I asked the rental car attendant. He looked at me as if I had been living under a rock. “Storm Alexa,” he said.

Anyone who has travelled for an extended period of time will appreciate that you tend to lose track of current affairs when you are gallivanting around the globe.  Alexa, I later found out, had been all over the news for the past three days.

It had brought snow to cities like Cairo for the first time in over 100 years. I had no idea about this storm that had wreaked havoc across numerous countries, and ignorance was definitely not bliss.

The attendant assured me that, Inshallah (God willing) I’d be fine provided I take it very slowly and go easy on the brakes. With that, I recalled one of my favourite sayings ‘feel the fear and do it anyway’, took a few deep breaths and started the car. It was about 1 pm.

Things were going well as I drove down the Desert Highway. I had mastered driving on the right-hand side of the road, learnt to negotiate the trucks, and also to predict the movement of other vehicles as nobody seemed to utilise their indicators.

But it was on climbing to higher elevation from the Desert Highway to the King’s Highway where I began to strike problems. The snow was building up on the road and I quickly realised Jordanians were just as inexperienced as Australians at driving in these conditions. Several cars slammed on their brakes only to spin seriously out of control into the ditches and barriers at the side of the road. 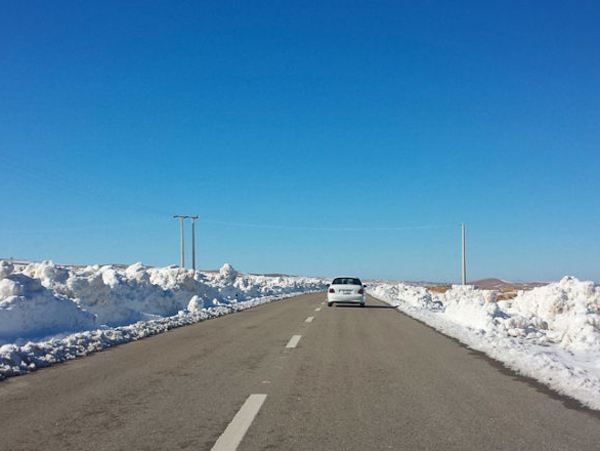 As I passed through towns, I noticed men and boys lining the narrow streets with snowballs in hand. It was all such a novelty to them. Unfortunately, when they saw a western woman behind the wheel they got even more excited and started running after the car launching snowballs as they went. Luckily the windows withstood the barrage.

After almost three hours of terrifyingly close calls and near misses, I finally made it to the turn-off to my accommodation, where the road spiralled steeply downhill. Not too many corners into my descent I noticed a man running towards me waving his hands. Not another snowball!

I stopped and tried to grasp what he was saying. Not having much luck, he signalled for me to get out of my car and follow him to a larger group of men who I hoped spoke English. No sooner had I put both my ballet flats on the ground than I slipped and fell straight on my backside. I understood immediately what they were trying to tell me: black ice. It turns out I was only metres away from sliding straight off a cliff.

The men told me that the road was too dangerous to negotiate and that I would need to continue on to Petra. It was now 4:30 pm and I knew the sun would set at about 5:30 pm. Petra was at least another hour’s driving time so there was no time to stop and chat about my inappropriate footwear and lack of layers. I needed to push on.

My mouth was dry and my head was aching when I finally arrived in Petra and chose a random hotel in which to stay the night. It took all my strength not to burst into tears when the handsome concierge asked me if I was all right. I told him about my journey from the airport.

“You drive here,” he asked, “alone?” He told me that I was worth a thousand men and a thousand women for arriving safely. It was a compliment but it just confirmed what I already suspected, that I was lucky I had made it there at all. 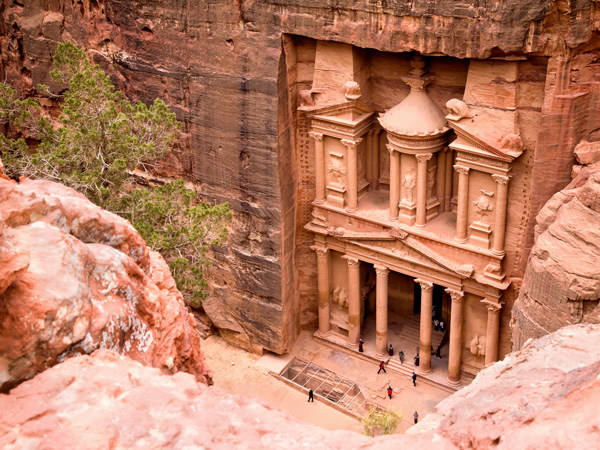 The Ancient City of Petra, Jordan.

Luckily Petra did make up for the drive, but all roads to Wadi Rum and the Dead Sea were deemed too dangerous to attempt so I decided to return to Dubai early, back up the dreaded highway.

Obviously I made it back in one piece but I hope that my dear mother doesn’t read this because she knows a rather different version of events; one that involves me being on a tour bus having a great time.

The Middle East is full of epic adventures and sites that are waiting to be discovered. Pack your backs and head to our ultimate Middle Eastern travel guide. 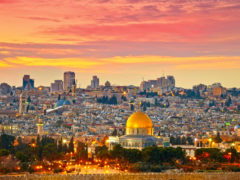 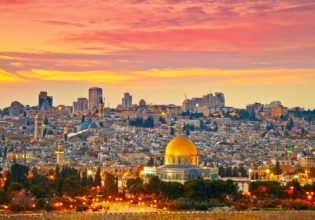 This ancient mystical land possesses exquisite beauty, a rich and spiritual culture, and a history like no other. It will defy all expectations. Words...