The most beautiful hikes in Hawai‘i 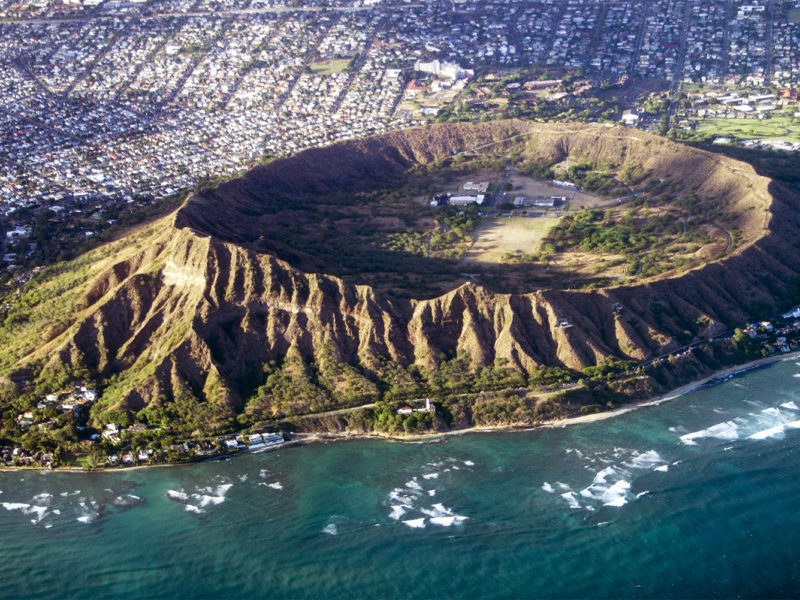 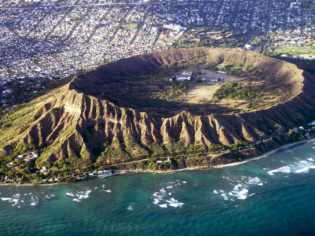 Exploring the rugged beauty of the Aloha State’s natural landscape is best done on foot. Add a pair of hiking boots, a backpack of supplies and a keen sense of adventure for good measure.

Hiking in Hawai‘i is as varied and awe-inspiring as you’d imagine it to be. Climb to the summit of a crater, trek through coastal rainforest trails past waterfalls, sink your feet into black sand beaches and walk the perimeter of a canyon.

There are hundreds of hiking trails to be explored throughout the Hawaiian archipelago, but these are the ones we deem worthy of breaking a sweat for.

Hiking Honolulu’s Diamond Head Crater is guaranteed to get those endorphins pumping through your bloodstream. For the same price as a Macca’s soft serve, your hard-earned dollar can instead buy you access to hike to the summit of Diamond Head (for a sight that won’t melt before your eyes).

A prominent feature of Hawai‘i’s skyline, Diamond Head was formed about 400,000 years ago, when a volcanic eruption cemented debris, forming the crater. It was named Diamond Head in the 19th century when British sailors mistakenly thought they discovered diamonds (which turned out to be crystals) in the crater.

Hiking to Diamond Head Crater is one of the less strenuous options available for travellers who don’t hike regularly, but it still requires you to wear sensible shoes to safely navigate the uneven patches along the track.

The trail to the summit is fairly steep, 171 metres in elevation to be precise. Combine that with the track’s popularity with tourists (prepare for a slow journey) and you’ll need to factor in around two hours to complete the hike.

It’s obvious why Hawaiians have a deep aloha ‘āina (love of the land) and respect for their territory – the scenery along the journey to the summit is an alluring mix of flora, fauna and architecture. Most flora and fauna found on Diamond Head is not native to Hawai‘i and was introduced in the 19th century, although there are notable exceptions – the ‘ilima (Sida Fallax) plant is native and can be seen on the trek. The crater also has a strong military history – if you are not claustrophobic, you can stand inside one of the original bunkers at the summit.

Celebrate your sweaty, satisfying hike with a soothingly cold shaved ice cone. Shaved ice is practically a Hawaiian delicacy; you can find it pretty much everywhere on the islands. Don’t go past the shaved ice combo of three different flavours which combine to create the ultimate refreshing treat.

A prominent feature of Hawai‘i’s skyline, Diamond Head was formed about 400,000 years ago

Haleakalā Volcano comprises more than 75 per cent of Maui Island. As the third tallest mountain on the planet, the mere sight of it demands attention. Also known as the ‘House of the Sun’ in Hawaiian culture, it is said to be the site where Hawaiian demigod Maui trapped the sun.

Haleakalā has over 48 kilometres of hiking trails, some of which will take the better part of a day to hike. No matter which hike you chose, remember that Haleakalā is a sacred space with numerous varieties of rare plant life, so stay on the designated trails to ensure the environment continues to thrive.

The weather around the crater is quite unpredictable – you may be prepared to sweat it out on the hiking tracks, but you should also prepare for cooler weather and pack a thick jumper.

The high elevation of the crater and limited air capacity of the mountain make this a challenging hike. Take it easy and be careful not to overexert yourself.

Trekking around Haleakalā is a humbling experience. It is impossible to stand on such a sacred mountain and not appreciate the ancient Hawaiian culture more deeply. Hawaiians have a word for the extremely poignant spiritual energy Haleakalā exudes: mana.

The summit of the crater has an almost biblical presence. Standing 3055 metres above sea level, it is at such an elevated point that clouds envelope the crater. Gazing at the deep depression of the crater from the summit, it is hard to comprehend just how much devastation the eruption would have caused centuries ago. It’s quite a spectacle to look at, but also a dangerous environmental force.

Haleakalā Volcano comprises more than 75 per cent of Maui Island

After the dizzying heights of Haleakalā it’s time to slow down your pace to a carefree stroll around the Big Island of Hawai‘i’s ‘Akaka Falls and be rewarded with a resplendent view of two epic waterfalls.

A hike around ‘Akaka Falls is an easy addition to any Hawaiian itinerary and will only take one hour to complete. The paved footpaths and handrails that line the 600-metre trail are sure to placate even the most resistant of exercisers.

Leave behind the chaotic sounds of the city as you journey through thick trees with draping ferns that provide an almost soundproof immersion into the natural landscape. Hiking isn’t all about the destination; take time to stop and enjoy the moment. Focus your attention on the mating calls of birds or take in the almost meditative sound of rushing water from the Akaka Falls before venturing back.

Towering trees, lush gardens and large sloping mountains dominate the landscape of Waimea Canyon (aka the ‘Grand Canyon of the Pacific’) on Kaua‘i Island and is home to one of the most beautiful hikes in Hawai‘i.

Waimea Canyon is substantially smaller than Arizona’s Grand Canyon, but it holds the same grandeur. Hawai‘i’s tropical weather produces a kaleidoscopic range of greens and reds that perfectly line the valley gorges and stretch on for kilometres.

There are a variety of hikes you can do around Waimea Canyon, ranging from the ‘fairly simple’ to the ‘don’t even try it unless you’re a seasoned hiker’. The choice is yours, but one of the best hikes (thankfully) falls into the simpler category: the Waimea Canyon Cliff Trail.

Branching off from Kokee Road and continuing down the dirt Halemanu Road, the Waimea Canyon cliff hike is a smooth, one-kilometre hike to the cliff trail overlook where you will be greeted with views of the canyon’s rugged red rock. You may even find a hiking companion in the many moa (chicken) scampering around the area looking for food.

More adventurous hikers can add to this half-hour hike with the 2.5-kilometre Canyon Trail, which continues on from the Cliff Trail and reveals better views of the canyon’s waterfall.

Waimea Canyon – aka the ‘Grand Canyon of the Pacific’

Keen for more Hawai’i? Visit our ultimate guide to the Hawaiian islands here. 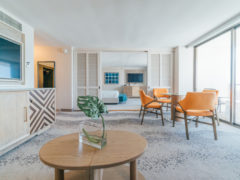 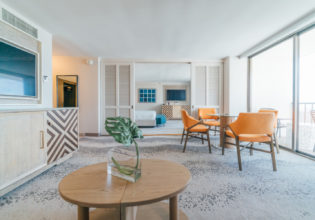 Australians love Hawai‘i – according to the Hawai‘i Tourism Authority, over 324,000 of us visited the Aloha State of America in 2018. Many come ... 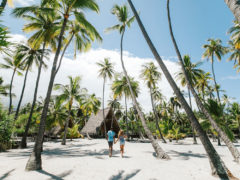 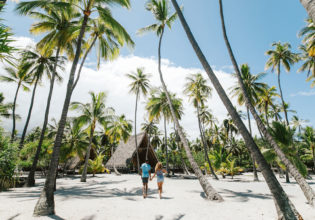 Islands of Aloha: which Hawaiian Island is right for you?

Zipline through treetops over untouched waterfalls, hike alongside an active volcano, dine on freshly caught fish and grass-fed beef from upcountry pa...