The abaya - where black is always the new black 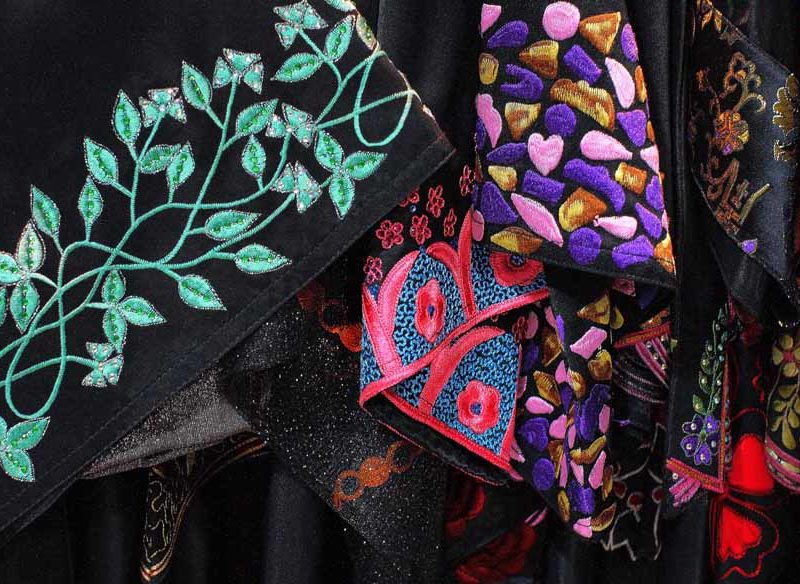 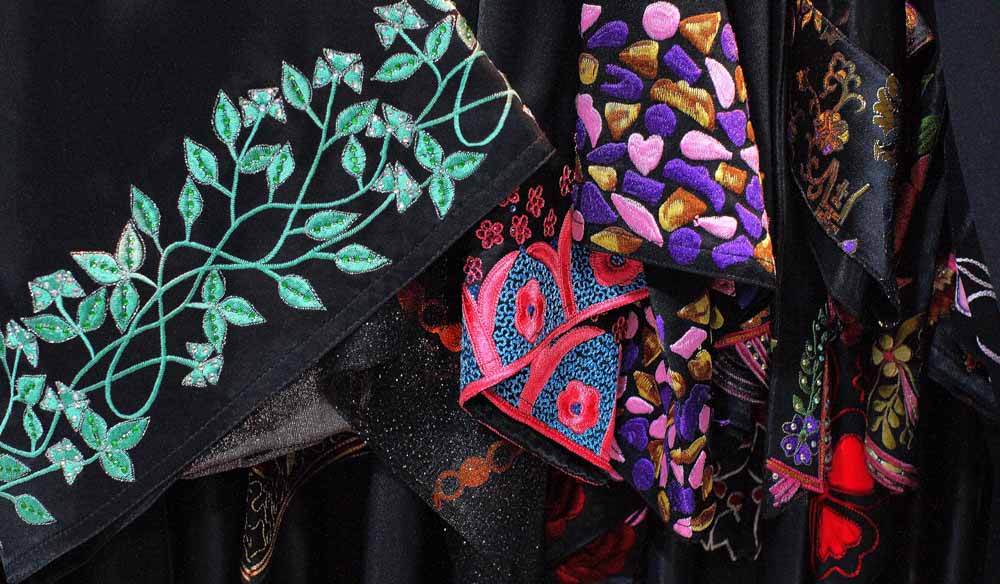 A selection of abayas with colourful embroidery on the sleeves.

The abaya is a ubiquitous site on the streets of Abu Dhabi, where its popularity ensures that black is always the new black, discovers one dedicated follower of fashion, writes Leigh-Ann Pow.

In the age of the multinational fashion conglomerate, where women in Riga can buy exactly the same designs at exactly the same time as women in Melbourne, spending time in a country where traditional forms of dress remain defiantly relevant is a treat for the eye.

Abu Dhabi is just such a destination, where women go about their daily routines in the elegant abaya, a flowing black robe that is worn while out in public over the everyday clothes they wear underneath, teamed with a headscarf, or sheyla, covering the hair and neck.

There are many reasons attributed to the wearing of the abaya on the Arabian Peninsula. Verses in the Quran encourage women to dress modestly, specifically mentioning loose garments – “O Prophet, tell your wives and daughters, and the believing women, to cover themselves with a loose garment. They will thus be recognised and no harm will come to them” – so to many it is an extension of their Islamic faith.

Then there are practical reasons, like providing protection from the unrelenting desert sun. And there’s also a historical precedent, with the Bedouin tribeswomen native to Abu Dhabi traditionally dressing in long, flowing indigo-dyed thobes (robes) that protected them from the harsh desert conditions (sun, wind and sand) that they existed in until as late as the mid-20th century.

Whatever the motivation for dressing in the abaya, Emirati women are not afraid to wear it well. Beyond being just a religious or cultural symbol, the abaya has become a genuine fashion statement in the same way as a Chanel jacket or Burberry trench. Emirati women lavish attention on how they dress, choosing abayas that are embellished at the wrist and neck with intricate embroidery and beadwork, often executed in gold.

Likewise, many of the drapey sheyla wrapped around the heads of Emirati women are embellished with beading at the edges. Teamed with signature accessories like the latest designer It bag from any number of French luxury houses (almost always in black leather, of course), immaculately rimmed eyes of inky black kohl, and vertiginous designer shoes by the likes of Christian Louboutin (on a day trip to the oasis city of Al Ain, an hour-and-a-half’s drive from Abu Dhabi, I watched a young couple exploring the historic Al Jahili Fort, the wife sure-footedly striding through the rocks and desert sand shod in a pair of suede platforms with narrow spindly heels), and the look is groomed and elegant.

Recently international designers have been paying attention too, with the likes of Italian fashion house Dolce & Gabbana offering up their own interpretations of the abaya. But they are playing catch up to the likes of Abaya Addict and the UAE-based Effa Collection, both of which offer up modern abaya designs that are sophisticated and fashionable.

If you want to take your own abaya home, try browsing the many choices at Madinat Zayed Shopping Centre, the architecturally designed Abu Dhabi Central Market or the high-end offerings at World Trade Center Abu Dhabi.

And, even if you are not in the market to take an abaya home, you can get a feel for wearing one for a little while at least: visitors to the beautiful Sheikh Zayed Grand Mosque are required to cover in respectful, modest attire, so there are abaya and sheyla available to borrow just inside the entrance to the complex.

I relished the opportunity to wear one, finding it a surprisingly cool and comfortable cover-up in the 35 degrees-plus heat and unfiltered sunshine, and allowing me to feel totally appropriate in my surroundings, even with my white Stan Smith’s sticking out the bottom; designer heels were sadly not a loan option. 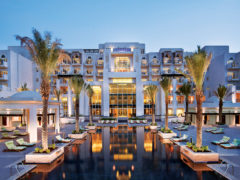 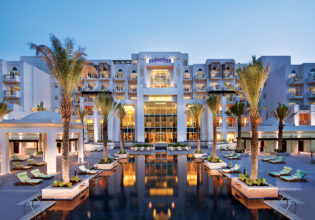