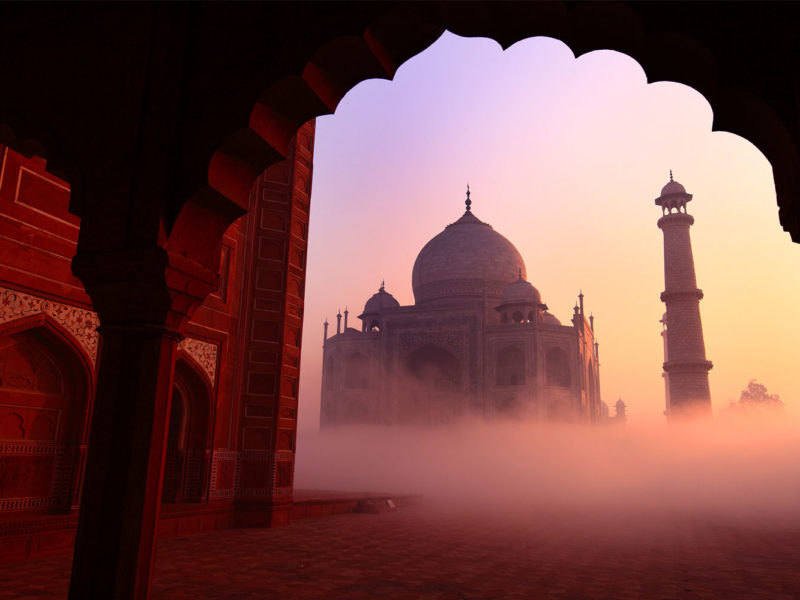 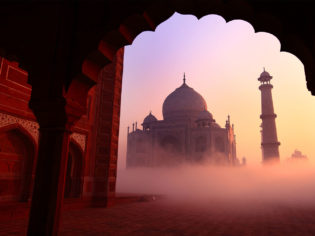 Arrive early at the Taj Mahal to beat the crowds.

The sounds, smells and colours of India will never leave you.

Once you have visited, this place makes an indelible impression, with many travellers saying it’s unlike anywhere else they’ve been in the world.

A melting pot of cultures with 22 different languages and over 1.2 billion people, a trip to India can be a life-changing experience. Here are 11 reasons to put it on your travel bucket list.

With populations in their millions, stepping into the busier cities in India can be a shock to the system. Spending time in this country really puts things in perspective and gives you an insight into how some people get by in this world with very little.

Despite the hardship some face (five the spirit and joy you’ll encounter here is inspiring. Especially in the more rural areas, you’ll be hard pressed to find warmer, more hospitable people. If you can experience a homestay while you’re travelling in India, definitely take that option. 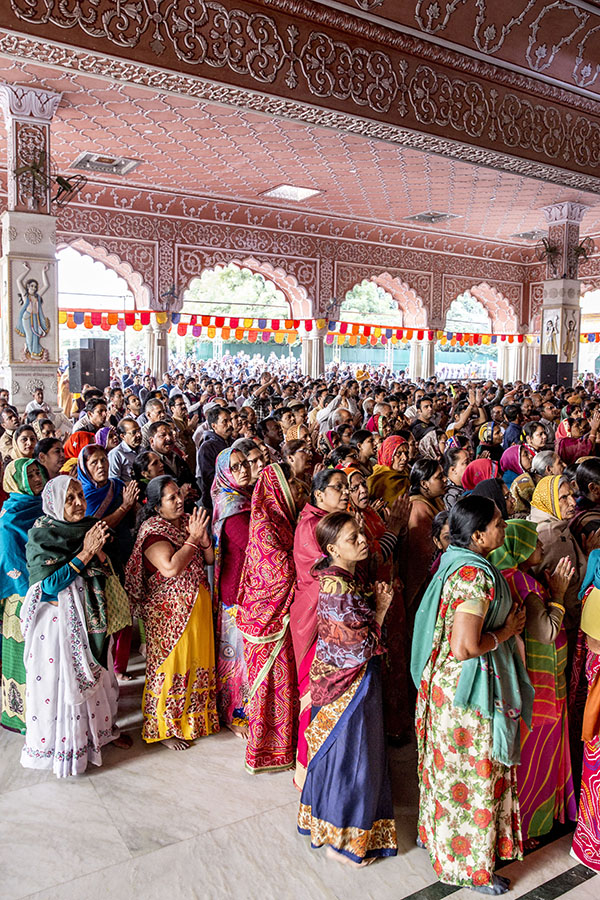 Live among the beautiful people in Jaipur (Photo: Edwina Hart)

2. Experience the spirituality of The Ganges

Born in the glaciers of the Himalayas, the Ganges River is the lifeblood of India and is considered a sacred entity by Hindus. Religious rituals take place along the banks of the colossal waterway, and it’s amazing to watch how the river is incorporated into the daily lives of the people living by it.

The river is believed to transport the prayers of believers to heaven and immersing yourself in the river is said to purify the soul. 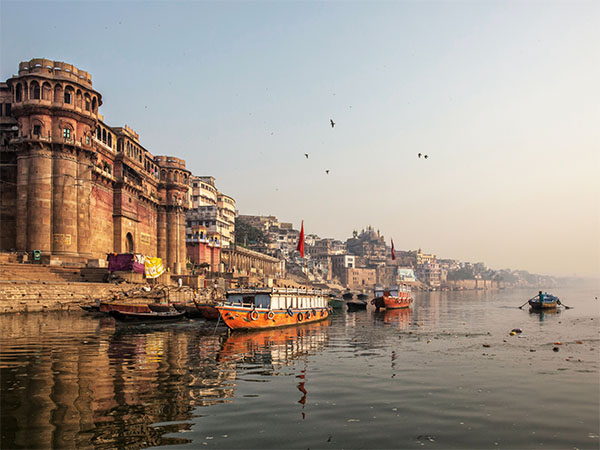 Life along the Ganges river

The thick creamy curries of the north. The super spicy tang of dishes in the south. This is a country that takes its food very seriously, so immersing yourself in these great culinary styles is a superb travel experience.

It’s also a great option for vegetarian travellers, due to the large proportion of Hindus who are vegetarian. There are plenty of cooking courses available if you want to learn the skills yourself, so you can take the heady flavours back home with you.

It’s one of the world’s most beautiful expressions of love – an ivory-white marble mausoleum commissioned in 1632 by the Mughal emperor Shah Jahan to house the tomb of his beloved wife. Beyond a must-see, it’s a part of India’s soul. Getting out of bed before sunrise will all be worth it if you witness this shining marble edifice at its best, at dawn.

The Pushkar Camel Fair brings countless tribespeople, herdsmen and pilgrims to do business, dance, sing, compete, pray, socialise and trade their 30,000-odd camels. Watch circus performers, sit and sip chai with other visitors and attempt to chat among the dozens of languages and dialects filling the air, and bargain in the crowded markets. 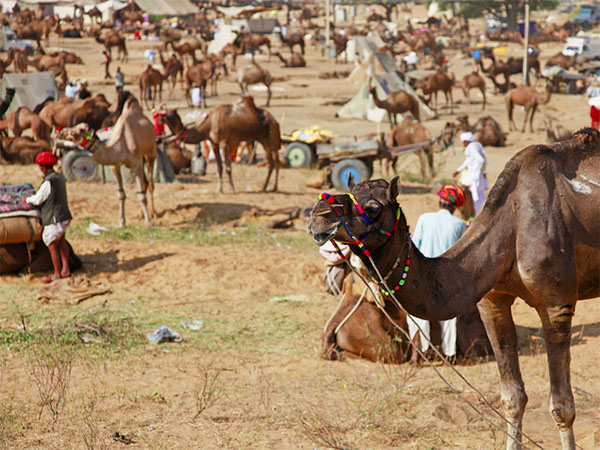 Camels and their owners at the Pushkar Camel Fair

Travelling by boat – especially houseboat – through the silent canals and waterways of tropical Kerala is an essential experience for anyone needing a deep breath, and especially a deep dive into the everyday life of the people here. You’ll witness the flow of village life from a unique angle as you drift by. 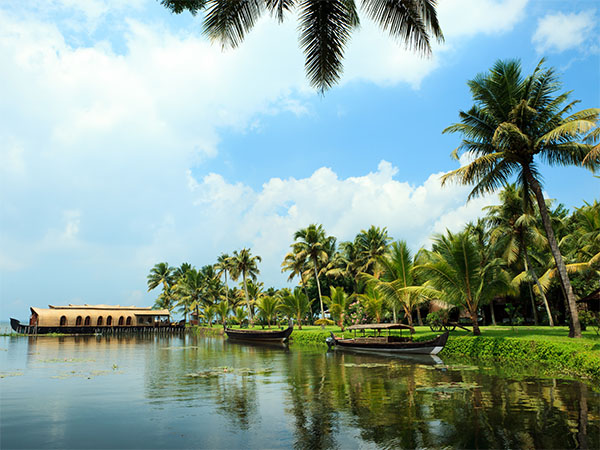 With much of India surrounded by ocean, you’ll find spectacular beaches offering everything from solitude to a party atmosphere. The best beaches in India can be found on the west coast, with Goa being the most famous beach destination.

A little more off the beaten track are the Havelock Islands, which offer possibly the best diving in India. 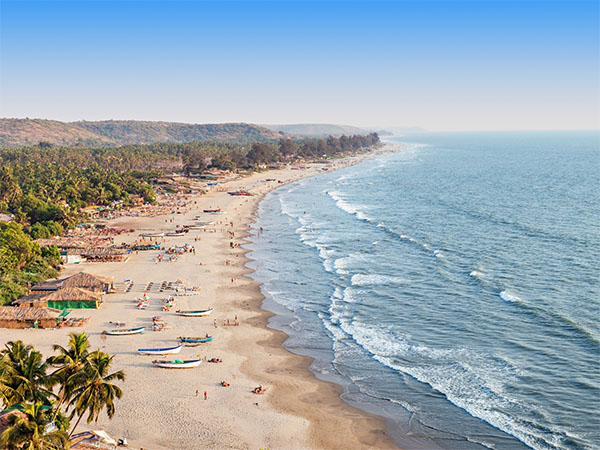 Goa is one of India’s most popular beach destinations

8. Train travel, but not as you know it

An epic journey by rail is an unforgettable experience. The longest train journey in India, the Vivek Express, covers an incredible 4273 kilometres; if you’re not quite up for that 85-hour epic, the Grand Trunk Express covers more than 2000 kilometres cross-country, from New Delhi to Chennai, in 36 hours.

9. You can live well, without spending a fortune

According to the World Economic Forum Travel and Tourism Competitiveness Report, India ranks 10th best for ‘price competitiveness’. You can get great luxury accommodation for a bargain price while both food and travel within India are relatively cheap.

The luxury segment of the market offers some truly spectacular accommodation options, such as five-star hotels that were once palaces. You can literally live like a king. 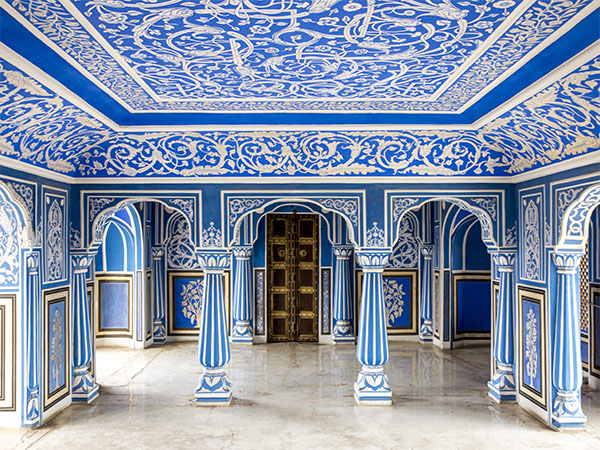 Live like a king in Jaipur (Photo: Edwina Hart)

10. The history and architecture

Opulent palaces, ancient forts, timeless temples and historic sites are dotted throughout this majestic country. The rich history oozes from every ancient structure and historical monument in India. There are currently 38 UNESCO World Heritage-listed sites across India, making it a must-visit destination for history buffs.

A worker takes a break at Jaipur’s Amber Fort

India has some of the richest biodiversity in the world, and the array of animals that call this country home is breathtaking. There are about 400 species of mammals, 1250 birds, 460 reptiles, 240 amphibians and 2550 fish – among the highest species count for any country.

Take a wildlife-watching excursion to one of India’s famous national parks such as Ranthambore, Pench, Kanha or Bandhavgarh. Tigers, elephants, rhinos and eagles are among the animals you might glimpse.

To plan the ultimate Indian adventure, check out our comprehensive guide.