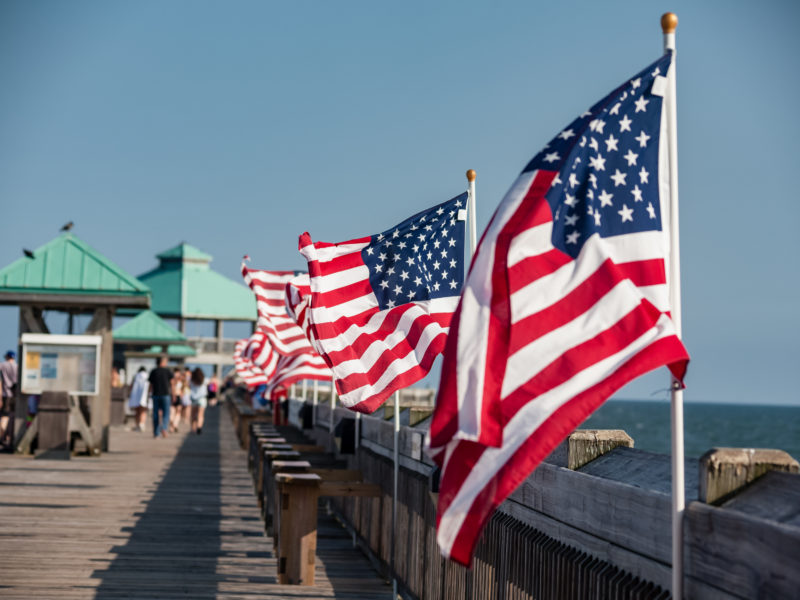 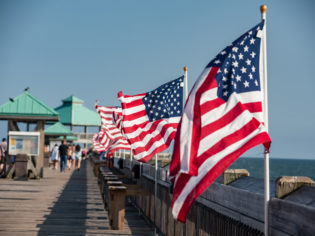 One of America’s most cherished national holidays, the Fourth of July is quintessentially red, white and blue.

A day of country-wide street parades and concerts, larger than life fireworks displays and an obscene amount of hotdogs (150 million according to the National Hot Dog and Sausage Council) this patriotic display makes a trip to the US an attractive proposition. To help get you there, we’ve rounded up the best Fourth of July holidays deals.

The smell of malt hangs in the air in Portland, Oregon’s largest city and hipster haven, rising from the city’s many craft breweries that dot the lush, hilly landscape. But beer isn’t all Portland is known for; it’s also famous for great coffee, fun food carts, edgy neighbourhoods and quirky characters. In other words: worth a visit. Thanks to American Airlines, you can fly return to Portland from Sydney, Brisbane, Melbourne, Perth or Adelaide from just $1199. But be quick – the sale ends 17 July.

Visit American Airlines for more information and to book.

While it may have its own distinct identity from the US mainland, Hawaii is still the country’s 50th state and the only one made up entirely of islands – 137 islands, in fact. To celebrate the Fourth of July Hawaii-style, the Kahala Hotel & Resort is giving away one night free. A true oasis in paradise, this oceanfront resort is fit for a, well, president; every American president from Lyndon Johnson to George W. Bush has stayed here. Book four nights or more (from Dolphin Lanai to Ocean Front Suite) and get every fourth night free, along with a daily buffet breakfast for two valued at over $96 per day.

Visit Kahala Hotel & Resort for more information and to book. 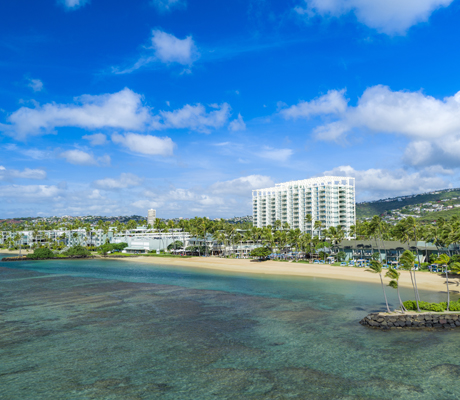 The Kahala Hotel & Resort cuts an impressive figure just off the Hawaiian coast.

Now that you’re warmed up to the idea of a tropical Hawaiian holiday, let’s turn it up a notch. Cruiseco are offering a 10-night Hawaii cruise package that includes return economy class airfares from Australia to Honolulu, seven nights cruising aboard Norwegian Cruise Lines’ Pride of America and a Pearl Harbour and Circle Island Adventure tour. Sounds expensive, right? Wrong; prices start at just $5118.

Visit Cruiseco for more information and to book. 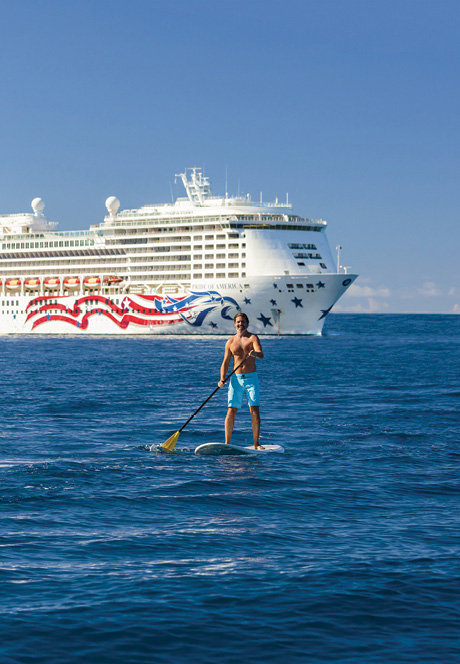 Take a spin on a stand-up paddle board with Norwegian Cruise Line’s Pride of America.

Journey to Alaskan Splendours with Windstar

If Cruiseco is taking you to the tropics, then Windstar Cruises is taking you to The Last Frontier. Voyage through fjords of colossal icebergs and calving glaciers, discover native villages and remote wildlife habitats, and witness a humpback whale breach off the bow on this epic 11-night expedition into Alaska’s vast, inimitable wilderness. Normally $6,469 per person, Windstar Cruises are offering the Alaskan Splendours tour, starting in Vancouver and finishing in Seward (Anchorage), for just $4,846 per person twin share when you book by 9 July. That’s a saving of $1,624!

Visit Windstar Cruises for more information and to book. 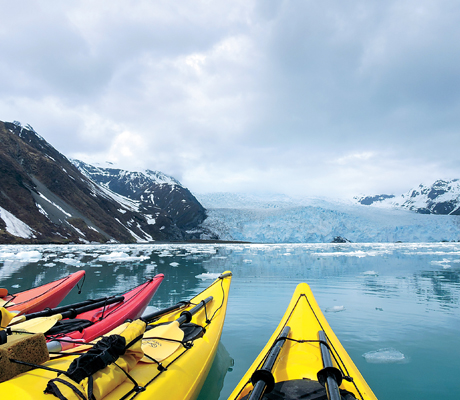 Kayaking through Alaskan fjords is a once in a lifetime experience.

Party like it’s Independence Day (with piece of mind)

While most countries celebrate their own version of an Independence Day, no country goes quite as hard as the United States. Flags fly, parks and fairgrounds heave and millions gather for the nation’s biggest party. If all the fanfare and pyrotechnics have you dreaming of a holiday partying your way around America’s 50 states, then Travel Insurance Direct has got you covered. Book your insurance before 1 August and get 10% off.

Visit Travel Insurance Direct for more information and to book. 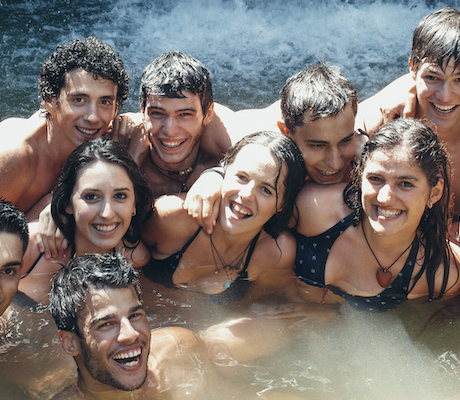 Party it up in the US with piece of mind.

Teeming with legendary monuments, boundless museums and stately buildings, Washington gives off the kind of palpable buzz only the United States’ capital could. While a trip here offers an exciting glimpse into the flexing power of government, an insight into the real Washington requires a little local knowledge. Qantas Holidays is here to help, offering three nights’ accommodation at The Holiday Inn Capitol, a guided bike tour of the city’s historic grand dames and return airport transfers. Prices start at $535 per person, twin share.

Visit Qantas Holidays for more information and to book. 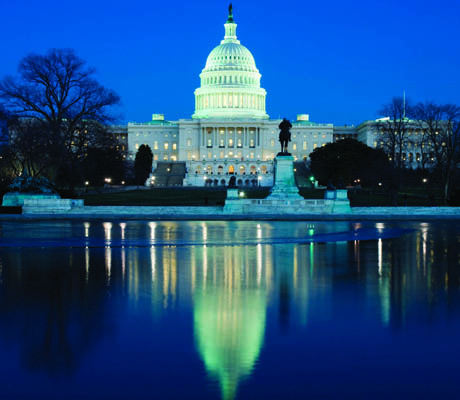 The Capitol Building and surrounding grounds is one of many impressive sights in America’s capital.

Turn back time on the mighty Mississippi

All aboard the American Duchess! A 166-guest, all-suite paddle wheeler, this floating time warp is setting sail on the Mississippi and its tributaries. Visit the storybook American towns, vibrant, bustling cities and sweeping panoramas that inspired the works of Mark Twain. As you glide leisurely into a romantic era of travel, stop to take in a solo cabaret or blues show, or see President Abraham Lincoln come to life through expert tribute artist, George Buss. American Queen Steamboat Company’s inclusive river cruise experience comes with pre-cruise hotel stays, all onboard meals and shore excursions in each port. Starting at $7398 per person, book and pay a deposit by 30 November and you could save up to $2000 per couple. 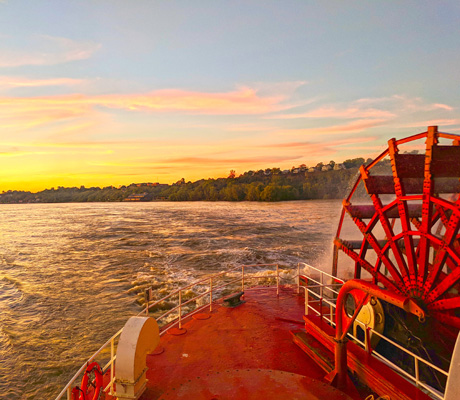 Floating down the Mississippi on the American Duchess is like stepping back in time. 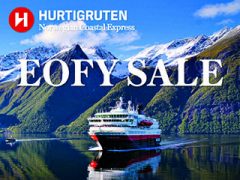 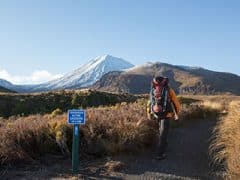 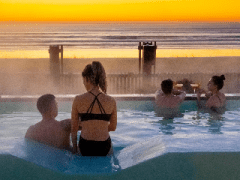 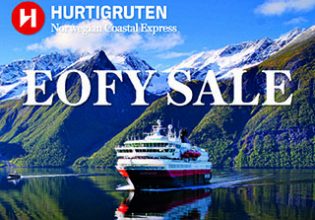 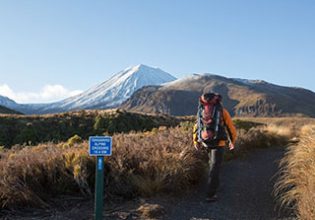 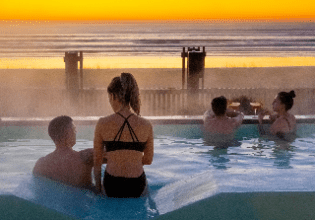